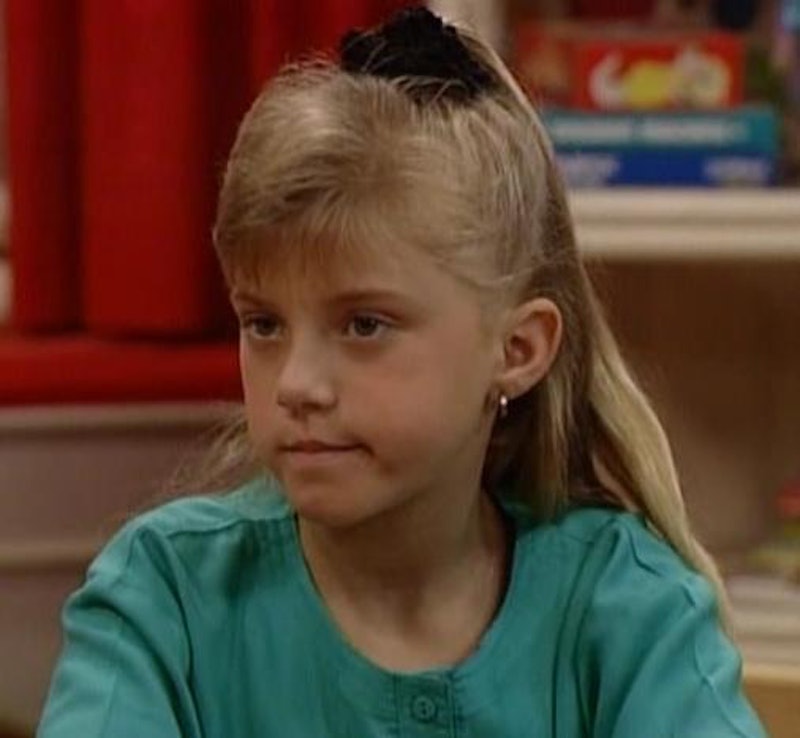 If you were a middle child in the 90s, you may have often found yourself identifying with the fictional middle kids of the decade: Carlton Banks, Stephanie Tanner, Lisa Simpson, and Corey Matthews, to name a few. After all, these characters had to deal with the same challenges that you did, stuck between the exalted first born and the beloved baby of the family. How could they — and you — compete with the high-achieving DJs and the adorable Michelles of the world?

Middle kids often get a bad rap. We’re often assumed to be resentful and starved for attention, neglected by parents who focus on their oldest and youngest kids, and victims of so-called “middle child syndrome.” But, in reality, middle children aren’t the angsty loners, desperate for love, that we’re often expected to be. In fact, Katrin Schumann, co-author of The Secret Power of Middle Children, argues that our middle-ness works to our advantage. Middle children may indeed get less attention than their siblings, but as a result, she writes, “[t]hey become more independent, think outside the box, feel less pressure to conform, and are more empathetic.” So, to put it into 90s-speak, being a middle child is all that and a bag of chips. If you grew up as a middle kid in the 90s, there are a few things that only you would understand:

You have mad dance skills, thanks to middle-children Carlton Banks and Stephanie Tanner.

I mean, seriously. When you dance, no one can look away from you. (And I don’t know if I mean that as a compliment or not).

If nothing else, you’re middle child syndrome had an awesome soundtrack.

The 90s specialized in music for moody introverts, and you got to brood along with Alanis Morrisette, Nirvana, Fiona Apple, Fuel, Oasis, and Garbage.

Sharing a space with your younger sibling meant that you know the joys of a Barney-themed room.

Many middle kids will remember getting to share a room with both siblings at one point or another. At first, you share with the older one, so that the baby can have a nursery. Eventually, your parents decide that the older kid’s getting big enough to need his or her own space, and you get relegated to the little one’s room, purple dinosaurs and all.

When you did finally get your own space, you turned it into a Fortress of Middle-Child Angst.

Mostly that meant angry band posters and a giant “Keep Out” sign on your door.

You had to be different from your siblings — which meant that you needed a signature Body Splash scent.

In the 90s, we were all obsessed with Bath and Body Works products, and having the whole line of whatever scent we identified with (This was also the case with Gap scents. Remember “Heaven”?). But for middle kids, it was essential to be distinct from your older and younger siblings, making the whole Body Splash selection process especially all-consuming.

Your special bond with JTT.

A lot of pre-teens in the mid-90s were a little in love with Randy Taylor, the floppy haired middle child from Home Improvement, but, as a middle kid yourself, you felt a special connection with the (fictional) teen heartthrob.

When you’re a middle kid, it’s easy to get lost in the shuffle, but these three ladies showed that middle children can make an impact. Stephanie had sweet catch phrases, the aforementioned dance skills, and sass for days. She also kept Full House interesting by being the vehicle through which the show tackled issues like smoking, child abuse, and peer pressure. And there was that time she drove a car into her house. Darlene Connor was a gloriously sarcastic, smart tomboy who always did her own thing, and she was a poet.

And Lisa Simpson. Oh, you beloved feminist icon, you. Proving that being in the middle doesn’t mean you have to take a back seat. Lisa is clever, complicated, and willing to fight for what she believes in.

Not for the whole tortuous “you-have-to-fight-vampires-instead-of-being-a-teenager” thing, but for not having any siblings. (Well, until Season Five…) You may love your siblings now (I’m very grateful for mine), but as an adolescent, you couldn’t help feeling just a little jealous of the only-kids out there. (But then, I suppose, your middle child syndrome would simply have been replaced by only child syndrome. You can’t win, can you?)

It’s all about books.

Not all middle kids are readers, of course, but for some, reading is an important outlet — especially if they’re feeling like they’re not getting enough attention at home. In the 90s, that meant you were immersed in your favorite series: Goosebumps, the Wayside School books, The Saddle Club, Sweet Valley High… the list goes on and on.

You LOVED that new-fangled Internet thing.

If the stereotype of the middle child is of the kid that’s starving for attention and a clear sense of identity, then the Internet was a middle kid’s haven. You could shape how you wanted to be perceived and seek out people interested in the same things that you were. No one else in the family really understood why you were so obsessed with that buzzy-dial-up AOL sound.