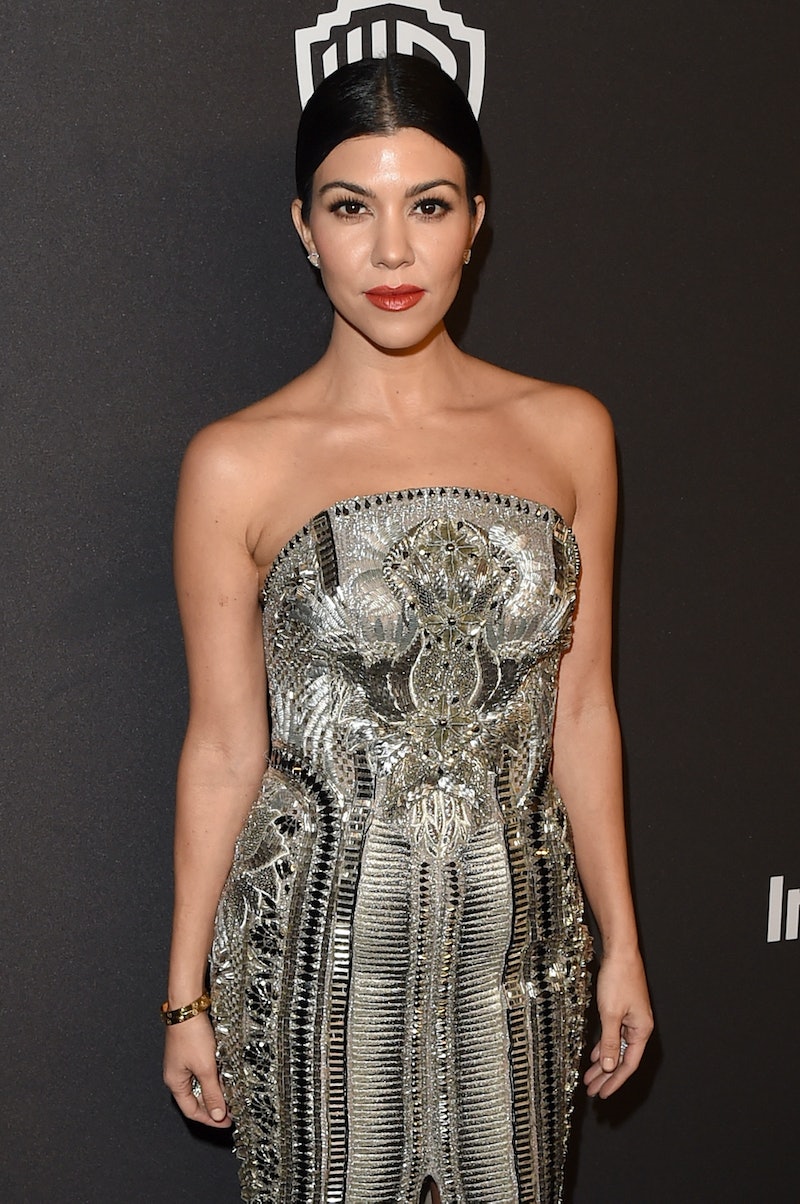 Although a few months have passed, I don't think I'll ever get over those Justin Bieber and Kourtney Kardashian hook-up rumors. I'd dub whatever happened between them one of the greatest mysteries of 2015. They both played coy when asked about one another, and although they said they were "just friends," their answers weren't the most convincing. On Sunday, Kourtney attended Bieber's concert at the Staples Center in LA, proving that she'll always be a Belieber — at least in some capacity. She went to the show with Malika Haqq and Big Sean. (Although Malika has been a longtime family friend, I'm not quite sure how Big Sean fits into that equation.)

Ever since Kourt joined Snapchat last week, she's been documenting her daily life through short videos. So of course, she included a clip from Biebs' concert. She filmed a few seconds of "Love Yourself." For a minute, I contemplated whether there was any hidden meaning (could the song be about her?), but I think the only conclusion here is that she's not immune to the song's catchiness.

Regardless of their rumored romantic past, it's nice to see that these two are friendly enough, where she can still go to his concert and it's not weird. I'd also like to think that he gave her free tickets to the show. Because that's what real friends do.

In January, when Bieber was asked whether there was anything between him and Kourt, he said, "No, no, but for real, she's great. I've known [the family] for years." Meanwhile, when she appeared on The Ellen DeGeneres Show in January, Kourtney couldn't stop grinning. That's why their claims of being "friends" weren't entirely believable. Why the indirect answers or guilty smirks? Maybe they really were just friends, or maybe they were hiding something. I don't think fans will ever know for sure.

Still, I'm not taking her attending his concert to mean the romance rumors should start up again — not in the least bit. Especially since Bieber posted a throwback photo kissing Selena Gomez over the weekend. I think that boy needs to stop living in the past. I'm just happy to see he and Kourtney are on good terms, whatever those terms may be. And as this incident proves, when life gives you Bieber concert tickets, you take them — no questions asked. Seeing "Sorry" live is worth any potential rumors. Right, Kourt?