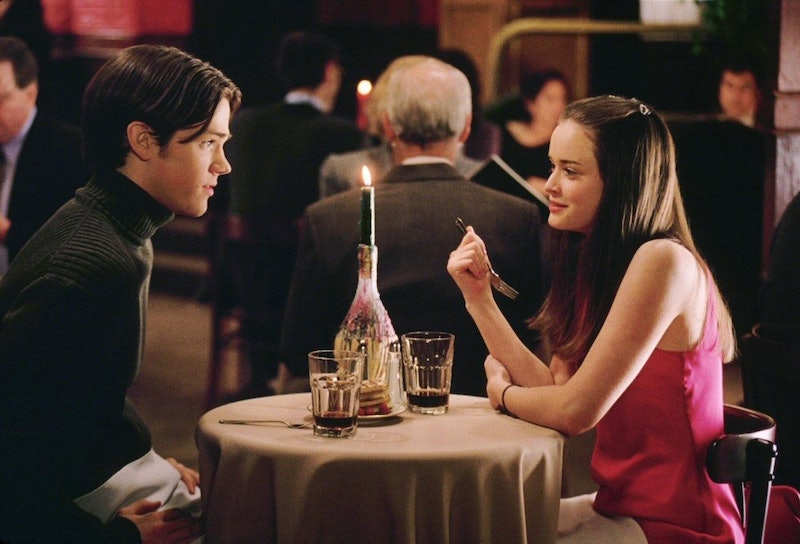 While the Gilmore Girls revival picks up speed, fans keep coming up with new theories about what might happen in the new episodes being made by Netflix. It feels as though the majority of the people hope that Rory ends up with Jess, or Logan at a push. Dean, Rory's first boyfriend, and recurring love interest, seems to be missing from much of the debate surrounding Rory's ex-boyfriends on the show. But what if Rory and Dean are endgame? Should Rory end up with her first boyfriend in the Gilmore Girls revival?

When the show originally ended, Dean was getting a divorce. Having had an affair with Rory while he was still married, then choosing to make his marriage work instead of pursuing a relationship with Rory, Dean lost a lot of fans. Working in the character's favor, though, is the fact that the actor that played him, Jared Padalecki, has become a huge star since Gilmore Girls ended. Starring in Supernatural has returned Padalecki to heartthrob status, leading me to believe it's a possibility that Rory might end up with Dean after all. Here are nine reasons why Rory and Dean should be endgame in the Gilmore Girls revival. No, really, I'm serious.

1. You Never Forget Your First Love

It may be an old adage, but it's true. Your first love often sticks in your head and your heart. While this doesn't necessarily mean anything, it's a connection that Rory only has with Dean, and that's important.

2. Post-Divorce, Dean Has More Idea Of What Makes Relationships Work

Once you've been through a number of bad relationships, and survived the breakdown of a marriage, your priorities become clearer. You try to make better choices, and figure out what you really need out of every relationship you're in. It's possible that Dean is older and wiser.

3. Their Attraction Was Undeniable

While hooking up with Dean while he was still married wasn't necessarily Rory's finest move, the pair had chemistry that was tough to ignore.

Jared Padalecki is well-known for having a very attractive face.

5. And Look At That Body

Dean might not get topless in the Gilmore Girls revival, but he should, if only to prove that Rory is meant to be with him.

6. Choosing Him Makes Most Sense

While it's not always the best idea to compare boyfriends against one another, Dean makes a lot of sense compared to Logan and Jess. If Rory is picking one of her ex-boyfriends to end up with, Dean would be a solid choice. It would be like coming full circle, ending up where they both began.

7. Logan Was Kind Of A Jerk

If we're drawing up a pros and cons list, Logan could be pretty awful when he wanted to be. Sure, he had charm, but Dean was always so much more down to earth in comparison.

Jess had a habit of leaving and turning up again. Could he ever be a safe choice for Rory?

9. It's Jared Padalecki, Come On

Padalecki has proven that he is TV royalty. Does that automatically make him worthy of Rory Gilmore's love? Not necessarily. But I sure hope so.

If Rory and Dean are endgame, there will be a lot of upset fans. But who can really blame me for rooting for the underdog?