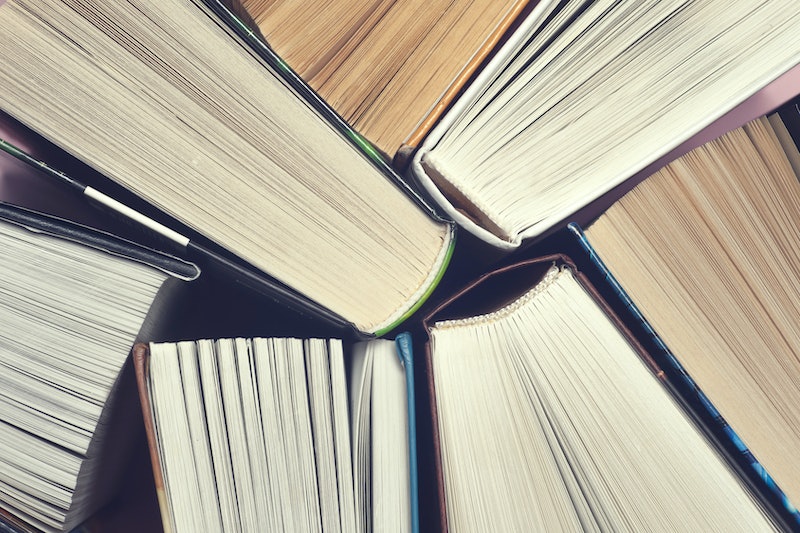 This won't come as a surprise to anyone, but people love books with a crazy plot twist. Some authors thrill readers with twist after twist, while others wait until the final lines of their novels to shock readers. Either way, there's no better feeling than putting a good book down and thinking, "Wow." Good turns out to secretly be evil! Evil is suddenly revealed to be good! Professor Quirrell houses Voldemort in his head! The crazy woman in Mr. Rochester's attic is his wife! The monster was you all along!

I'll be honest, as a writer, I can't write a single decent plot twist. It's because of this that I truly respect those writers who can craft a truly unreliable narrator and keep readers guessing until the end. To celebrate this, I've compiled a list of my favorite shocking plot twists from literature.

Due to the nature of this article, let it be known that there be SPOILERS ahead. If you're angry after reading this, I think the real plot twist would have to be the fact that you read it anyway — in spite of this warning. What a twist.

1. And Then There Were None by Agatha Christie

Agatha Christie is masterful with her shocking plot twists, but her ending in And Then There Were None is probably the most famous of all. When a group of 10 strangers (each with a shady past) is asked to gather on an island, none of them know that they are all being gathered for a nefarious purpose. As each guest is picked off one by one, panic begins to mount, and the reader begins to truly wonder who the murderer could possibly be. When the end rolls around, it seems as though the mystery is impossible... that is, until the post-script. Turns out the entire book is a confession written by Justice Wargrave, an infamous "hanging judge" that dies in the middle of the book. After being diagnosed with a terminal illness, Wargrave decided to finally indulge his secret desire to commit murder, deciding only to take out this desire on people deserving of punishment, and only if he could frame it to be an unsolvable murder puzzle. Talk about a bucket list.

2. I Am Legend by Richard Matheson

Forget how much the film adaptation destroyed the ending, the original ending to I Am Legend was completely mind-blowing. After a pandemic sweeps the world, infecting everyone and turning them into horrifying vampires, only Robert Neville remains uninfected. He lived a solitary existence, but after studying the scientific parts of the disease, he learns how to kill the vampires much more effectively and begins to slay them at an alarming rate. When he runs into a woman who seems to also be uninfected, he attempts to run tests on her. In a strange twist, it turns out that not only is she infected, but she has been sent to spy on him due to the fact that he was responsible for the death of her husband two weeks earlier. Instead of being the mindless feeding machines that Robert thought they were, it turns out that they are actually building a society, and Robert has actually become the horrifying boogeyman that he believed the vampires were this entire time. It's a classic reverse, but effective nonetheless.

3. The Girl With All the Gifts by M.R. Carey

Beginning as what seems to be a straightforward post-apocalyptic thriller, The Girl With All the Gifts is set in a world destroyed by a fungus that turns people into mindlessly violent zombie-like creatures called "hungries." Ten-year-old Melanie — though technically a "hungry" — retains all of her mental faculties for mysterious reasons, and is kept in a facility where she is studied. Long story short, it turns out that Melanie (and all the other children just like her) are actually part of a second generation — meaning that both of her parents were hungries. At the end of the book, she decides to release the fungus into the world to infect the rest of the humans, sacrificing the current generation with the understanding that the next one will be better. It's basically the opposite of global warming.

It's 1954, and U.S. Marshall Teddy Daniels and his new partner, Chuck Aule, have come to the Ashecliffe Hospital for the Criminally Insane to find a missing patient. Rachel Solando, a multiple-murderess, was kept under close watch and strict surveillance, but now she's somewhere on the barren island and a hurricane is on the horizon. What begins as a relatively straightforward mystery quickly turns into a mind-bending psychological thriller, ending in the revelation that Teddy isn't a U.S. Marshall at all — and he hasn't been for quite some time. In fact, his new partner happens to be his psychiatrist, and the entire scenario was constructed to help Teddy realize that he actually murdered his wife many years ago after she murdered their three children.

There are many twists in American Gods, and to list them all would probably end up filling this entire article. The novels centers on Shadow Moon, an ex-con who suddenly finds himself wrapped up in a metaphysical war between gods old and new for the faith of the people. While there are some pretty huge twists in the story (including a huge twist about Shadow himself), the one that made me audibly gasp was the revelation that Shadow's old prison cell mate, Low Key Lye-Smith, was actually Loki Lie-Smith, the Norse god (in a manner of speaking) of Chaos. This twist is so nefarious, it simply needs to be read to be believed.

Gone Girl has the plot twists everyone was talking about it when the book first came out. When Amy Dunne goes missing on her fifth wedding anniversary, authorities zoom in on their top suspect: her husband Nick, who was cheating on Amy and doesn't have a solid alibi. In the first part of the novel, readers begin to question Nick and his motives. Then, everything changes in the second part of the novel, which is narrated by Amy. Finding out Amy's secret is shocking, but discovering what she is capable of doing is the biggest twist of all.

At this point, the plot twist for Fight Club is known by pretty much everyone. It seems as though babies are born knowing that Tyler Durden, the co-founder of the titular Fight Club and eventual leader of a domestic terrorist organization is actually the invention of our nameless narrator. However, while most people figured this out because they saw the movie, readers of the novel will know that not only was Tyler invented by the narrator, but he was also invented as a coping mechanism due to the narrator falling in love with Marla Singer. While the film ends with the two of them holding hands while buildings fall, in the novel, the narrator ends up in an insane asylum... and it turns out the terrorist cell was still very alive and well.

This is a particularly heartbreaking plot twist given the circumstances. Odd Thomas centers on Odd, a man who has the ability to see ghosts but cannot speak to them. One day, he's tipped off about a mysterious incident that may happen in the mall where his beloved soulmate, Stormy, works. He then spends the entire book working to stop it from happening. At the end of the novel, it seems as though he may be successful: Shots are fired, but he makes it out alive, and Stormy is waiting by his bedside. It seems like it's all shaping up be a happy ending... until both the reader and Odd realizes that Stormy hasn't spoken yet. Cue tears.