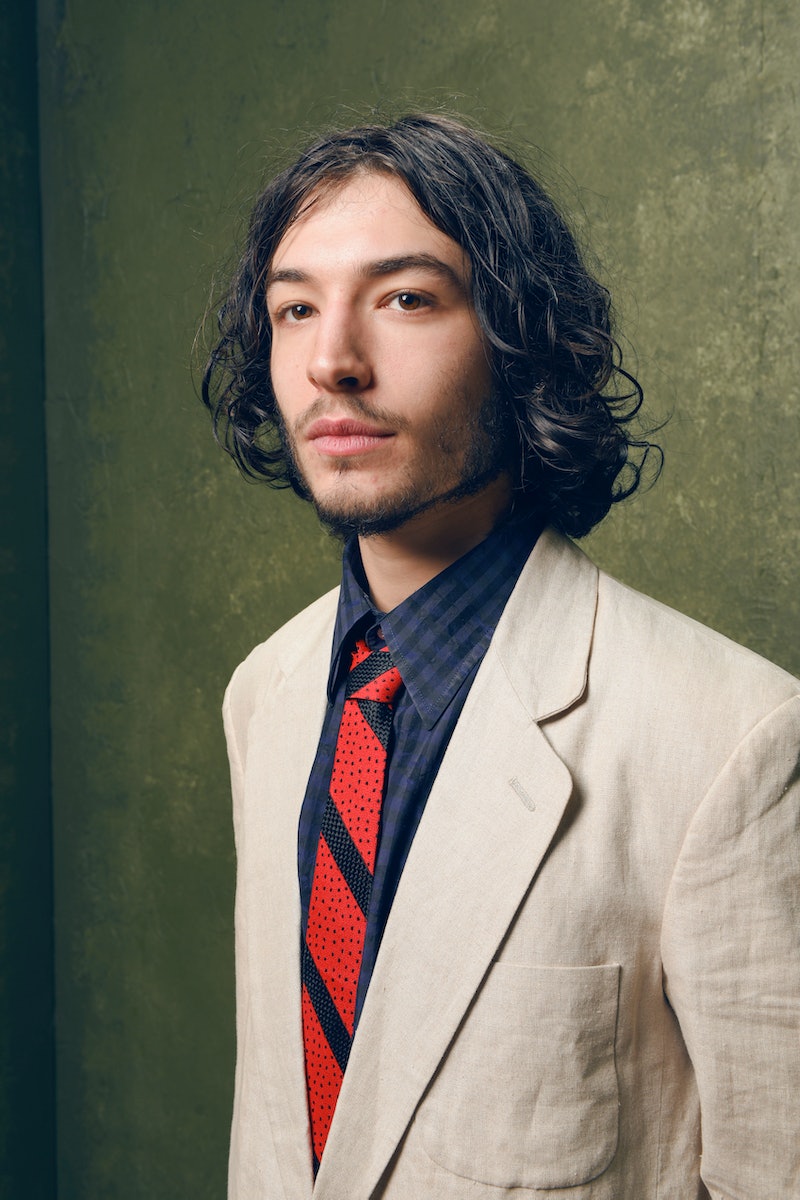 Superhero castings can be tough to get right. Once in a blue moon they are hailed as immediately genius, like Ryan Reynolds as Deadpool, but more often than not they're heavily criticized. Robert Downey Jr. as Iron Man? Laughed at. Chris Pratt as Star-Lord? A mistake, they said. Ben Affleck as Batman? Blasphemy! Of course, all of these actors did great in the roles they were asked to play (yes, even Affleck), but fans remain skeptical over every new casting. The latest to draw their ire is Ezra Miller, who portrays The Flash in Batman v Superman , and will reprise the role in next year's The Justice League: Part One and the following year's The Flash.

A number of fans were upset that Grant Gustin, who portrays the character on the popular CW series The Flash , was not being tapped to play the character. Therefore, their hatred for the casting wasn't aimed directly at Miller, but rather at anyone in the role who wasn't Gustin. Batman v Superman and Justice League director Zack Snyder said the reason Gustin wasn't chosen is because the tone of DC's movies does not match up with the TV universe, so the two are being kept separate.

Others did, however, have a problem with Miller in the role, given that the slight 23-year-old actor is not at the top of most fans' minds when they think of a superhero. He's young, he's thin, and he kind of looks like a hobo on his way to Coachella much of the time. His most notable roles to date are as an S&M crazed 16-year-old in Trainwreck and as Tilda Swinton's seriously disturbed son in We Need to Talk About Kevin. So again, he's not the first guy most would think of when they hear the word "superhero" — but Ezra Miller is going to prove everyone wrong.

What makes me so sure? Well for one, he's a fantastic actor. Great actors tend to inhabit the roles they're given (just look at Downey Jr.), and Miller has shown no sign that he won't be able to handle playing The Flash based on his acting ability. He also has bulked up considerably for the role. In just a few months, he has transformed his body from the scrawny, teenager look he's known for into something a lot more, well, superhuman, when he showed up for the Batman v Superman premiere earlier this month.

And Miller has another ace up his sleeve: He's a fan. Like Reynolds with Deadpool, Miller loves The Flash. He loves the comics, he's a big fan of the CW show, and he is doing as much research as he possibly can to get ready for the role — and he's thoroughly enjoying doing it. This is not going to be a repeat of Fantastic Four , where Miles Teller and the rest of the cast were told not to research the characters or read any comics... and it showed.

But Miller knows a lot about the character already. "I think [The Flash tv show] is awesome. And come on, we're The Flash! It's parallel universes! Grant Gustin is The Flash and I'm The Flash!" Miller told MTV in an interview last July. "Grant and I are chillin', we're gonna have a race! It's gonna be dope! Like Jay Gerrick and Barry Allen back in the day, it's gonna be dope." Just in those couple sentences, Miller revealed that he knows all about the character's history with parallel universes, and even makes a reference to Jay Gerrick, the original Flash from the 1940s. "I've been a comic guy, but I'm going in as hard as possible," he went on to say. "Because I have a serious excuse to. I have the ultimate license to geek out so hard all the time!"

So Ezra Miller is going to prove the haters wrong and be a great Flash. He has the talent, he has the drive, and perhaps most important of all, he has the passion.

More like this
Danny Boyle Knows Exactly Who He Wants To Be The Next James Bond
By Sam Ramsden
Elizabeth Olsen's Chris Evans Friendship Update Was Accidentally Hilarious
By Grace Wehniainen
Hayden Panettiere Will Return For 'Scream 6': "We F*cking Won, Scream Fam"
By Jack Irvin and Jake Viswanath
'Avatar 2' Now Has A Teaser Trailer & Release Date
By Jack Irvin and Alyssa Lapid
Get Even More From Bustle — Sign Up For The Newsletter