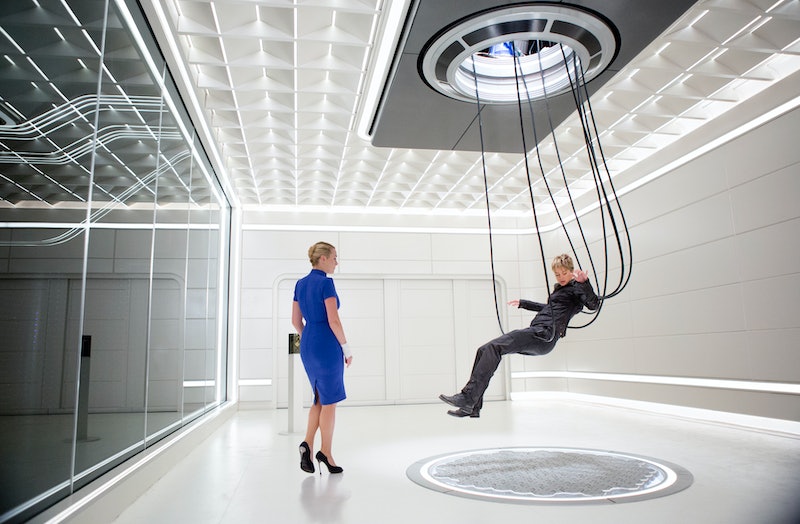 It's no secret that Tris Prior is a beloved character. The heroine from the Divergent series is smart, courageous, relatable, and kicks a lot of ass in the war against an oppressive government. And if you love her, but haven't read the books, turn back now. Spoilers ahead. After fans became super attached to Tris in the books Divergent and Insurgent, it was a surprise when author Veronica Roth killed her off in the series finale Allegiant. Now that the last film in the series is scheduled for release, some fans are calling for a different ending in Ascendant that involves Tris living. It seems like this could be a possibility based on how different the movie Allegiant was from the book, but I would honestly argue that Tris' death in Ascendant is necessary.

Before you start sending hate mail, hear me out. Even though Allegiant veered dramatically from its novel counterpart, there are several reasons that Ascendant should hop back on the path of the original story. Tris' death in the book wasn't a trivial decision; it was a deliberate action on the part of Roth to complete the story in the way she felt was necessary. Roth defended her decision for Tris to die in an interview with MTV News. "To have her [Tris] just be like, 'Okay, well, we saved the day. Let’s wander off into the sunset together,' it just didn’t feel right. She earned a more powerful ending to her story than that," she said. And I would put forth that there are several other reasons that Tris' death is a key component of the series' ending.

It Sets The Divergent Series Apart From Other YA Stories

Most stories written for a younger audience have fairly happy endings. Just look at Twilight, The Hunger Games, The Giver... all of these end with the implication that everything is going to be OK. The Divergent franchise is one of the few majorly popular series that takes a different route, refusing to tie up the events of the books in a tidy pink bow. To change the ending for Ascendant would take away this important aspect of the novels.

In the same interview for MTV, Roth explained that Tris' death in the book paid tribute to the character's personal growth over the course of the series. The author said, "At the end of the first book she [Tris] almost experiences death .… and she sort of plays around with the idea of self-sacrifice … In the second book the same thing happens … In the third book, she learns what it actually means to sacrifice yourself. It has to be necessary; it has to be out of love." Tris dying is therefore a natural completion of her journey, and shows how far the character has come from the beginning of the series.

It Shows The Real Cost Of War

The bottom line is that wars and revolutions have sacrifices, and often those losses include good people. To glaze over this would invalidate the rebels' struggle against malevolent authorities, and it would fail to acknowledge the horrific reality of war in general.

Changing the ending of Ascendant might make the movie more palatable to audiences, but it would also take away many of the things that make the series (and Tris) significant in the literary world and relevant to modern society. Ascendant doesn't come out until 2017, though, so you have plenty of time to pore over your feelings about it. I'll just say this: when you enter the theater next year, try to go in with an open mind.