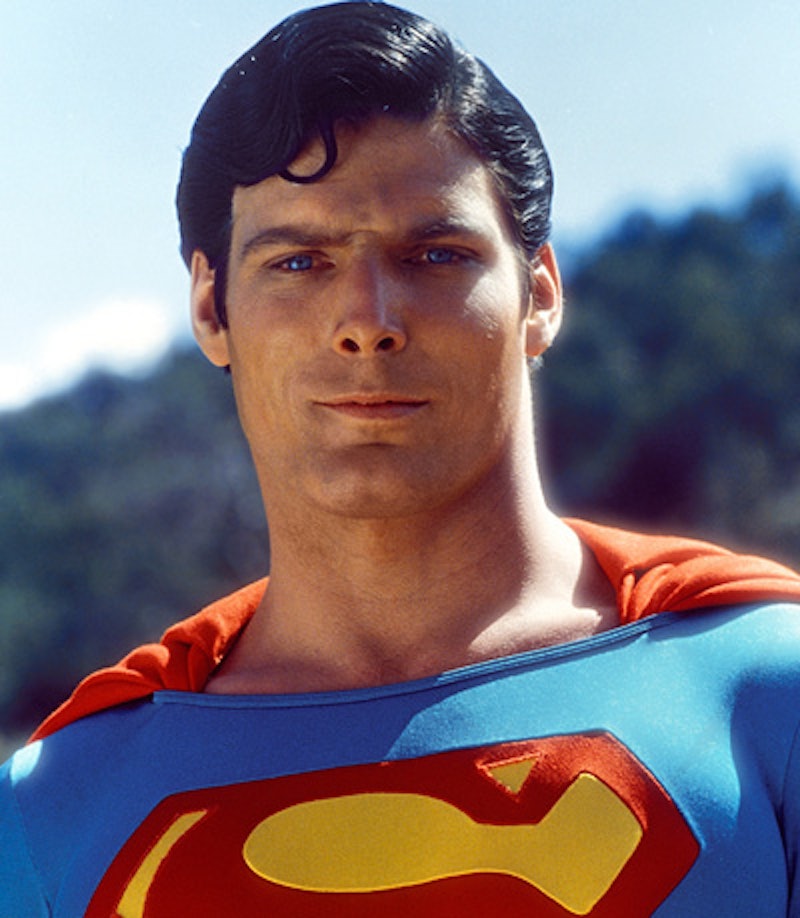 You've probably heard of a little movie that just hit theaters called Batman v Superman: Dawn of Justice. The film features the first on screen pairing of the Dark Knight and the Man of Steel, as well as the first film appearance ever of Wonder Woman. And with a movie that has as much going on as this one does, it's no surprise that the film is absolutely insane. But that's kind of OK, because superheroes have a long history on screen of being generally crazy. For instance, Superman has said tons of insane things in his numerous film and TV appearances going back decades.

A lot of people have played Superman. First there was Kirk Alyn in the 1940s Superman serials, and then George Reeves on the 1950s TV show Adventures of Superman. Christopher Reeve is probably the best known Supes, having portrayed the Last Son of Krypton in four movies in the '70s and '80s. Dean Cain and Tom Welling both played Clark Kent on TV shows in the past two decades, while Brandon Routh and Henry Cavill have portrayed different incarnations of the hero in movies just over the past ten years. And then there's a whole slew of animated Supermen. So with all of those actors in all of these projects, a lot of absolutely bonkers things have come out of Superman's mouth. Here are 11 of the craziest.

Superman said this to Lex Luthor in the first episode of Lois & Clark: The New Adventures of Superman. I know he's trying to sound cool, but he comes off a little creepy. Like if Lex is on the toilet and then he looks up, is Superman going to be hovering above him?

Humblebrag, much? Another Lois & Clark line, Supes delivers this line to Lois Lane immediately after rescuing her when she jumps out of a helicopter.

3. "Who else is better suited to decide what's right for you?"

Superman said this to his cousin, AKA Supergirl, and she puts him in his place by telling him that she can decide what's best for herself, thank you very much.

Thankfully, Lois quickly corrects Superman in Man of Steel. You grew up on Earth, Clark, you know that's an S on your shirt.

In Superman II, Superman apparently decides that he likes Lois best when she's in mortal danger.

7. "You know, there's a major flaw in creating a man with a metal body... metal melts."

I think there are probably more flaws in creating a man with a metal body than that, Superman.

8. "There was something in the perfume that made everyone in the newsroom drunk."

9. "What if my soulmate comes along and I'm too blind to see it?"

You have supervision, how could anything get past you?! The Superman of Smallville was pretty emo, in case you forgot.

Seriously, the early 2000s were a very melodramatic time.

Superman (or Clark Kent) has said some ridiculous things over the years, but since he's saved the world like a billion times, I suppose I'll let him slide.

More like this
The 'Hocus Pocus' Sequel Finally Has A Release Date & It Makes Total Sense
By Shannon Barbour and Radhika Menon
What’s New On Netflix: A Victoria Justice Rom-Com & The Return Of David Letterman
By Arya Roshanian
What’s New On Netflix: The Return Of 'Bling Empire' & A Rebel Wilson Comedy
By Arya Roshanian
9 Honestly Unbelievable Revelations From The WAGatha Christie Trial
By Frances Stewart
Get Even More From Bustle — Sign Up For The Newsletter