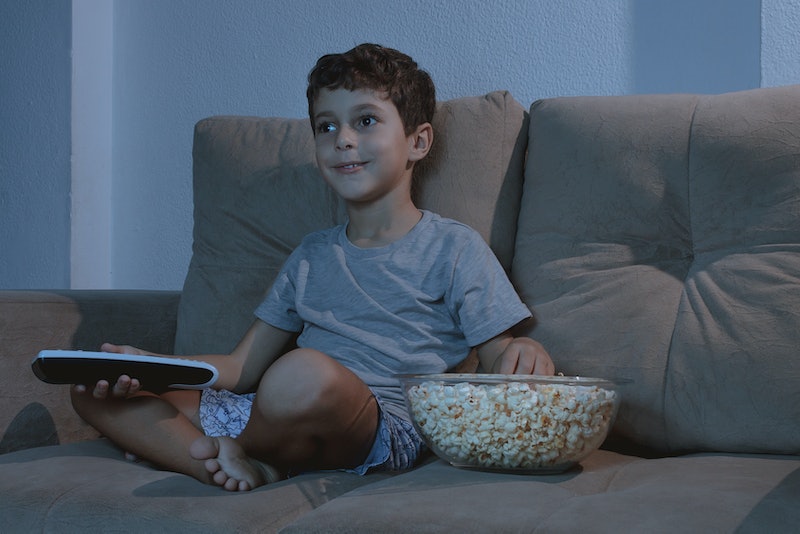 I find it weirdly fascinating that, as children, we can all hardly wait to be adults — and yet as adults, most of us have wished at least once that we could go back to being kids. It’s truly the epitome of the idea that the grass is always greener on the other side... which is why it’s so hilarious to me that so many adult things we thought were cool as kids are so very not cool once you actually reach adulthood. I mean, don’t get me wrong — a select few actually do live up to expectations. Most of them, though? They… do not.

As Psych Central points out, “the grass is greener syndrome” is usually based on either fantasy or fear (or sometimes both). When it comes to the kid vs. adult debate, I’d argue that both sides are all about fantasy; as kids, we imagine that being a grownup must be cooler than being young, and as adults, we tend to look back on our childhood through those proverbial rose-colored glasses. Writes Psych Central, “The perception is that there is something else out there that will allow us to have all that we crave, want, and value, and that it will happen on our terms.” As children, the fantasy is having control over our own lives; as adults, it’s the desire to relinquish that control and have someone else take care of us for a while again.

But even though adulthood isn’t all we might imagine when we're young, it can still be pretty terrific. After all, there really isn’t anyone to stop you from eating pancakes for dinner if that’s what you want to do. Sometimes, though, I really wish I still thought these 11 things were super cool.

Actually, this is the one thing on this list that actually is one of my favorite things about being an adult. Staying home alone is the best, particularly if you happen to live with roommates.

We would later come to realize that going to work is pretty much exactly like going to school, except with no recess and a more complicated vacation policy. But hey, at least we can eat Lunchables for lunch whenever we feel like it now.

6. Getting Your Nails Done

Because we are fancy, fancy people.

Or at least, kids in the ‘90s thought pagers were super cool. These days, the equivalent is probably smartphones or tablets or something… but at the same time, kids also now get their very own smartphones and tablets at such absurdly young ages that I don’t think the same draw is quite there anymore. Sigh.

Sometimes, staying up late is great. It is not great, however, when it is the result of insomnia, or anxiety, or any of the other zillion little things that plague adult life. And it is also not great when you have to wake up at a reasonable hour the next day, which one typically has to do in order to properly adult.

Little did we know that dating is, for many of us, actually one of the most horrible things on the planet. It’s stressful, it’s often disastrous, and no matter how much or little we do it, everyone still insists on asking us continuously, “When are you going to find a nice boy/girl and settle down?” (Answers, in order: A) Doesn’t matter; B) gender is not a binary; and C) who said anything about “settling down?”)

11. Having Your Sh*t Together

Or at least, looking like you have your sh*t together, because let’s face it: Being an adult is really just being comfortable with knowing that you have no idea WTF you’re doing most of the time.