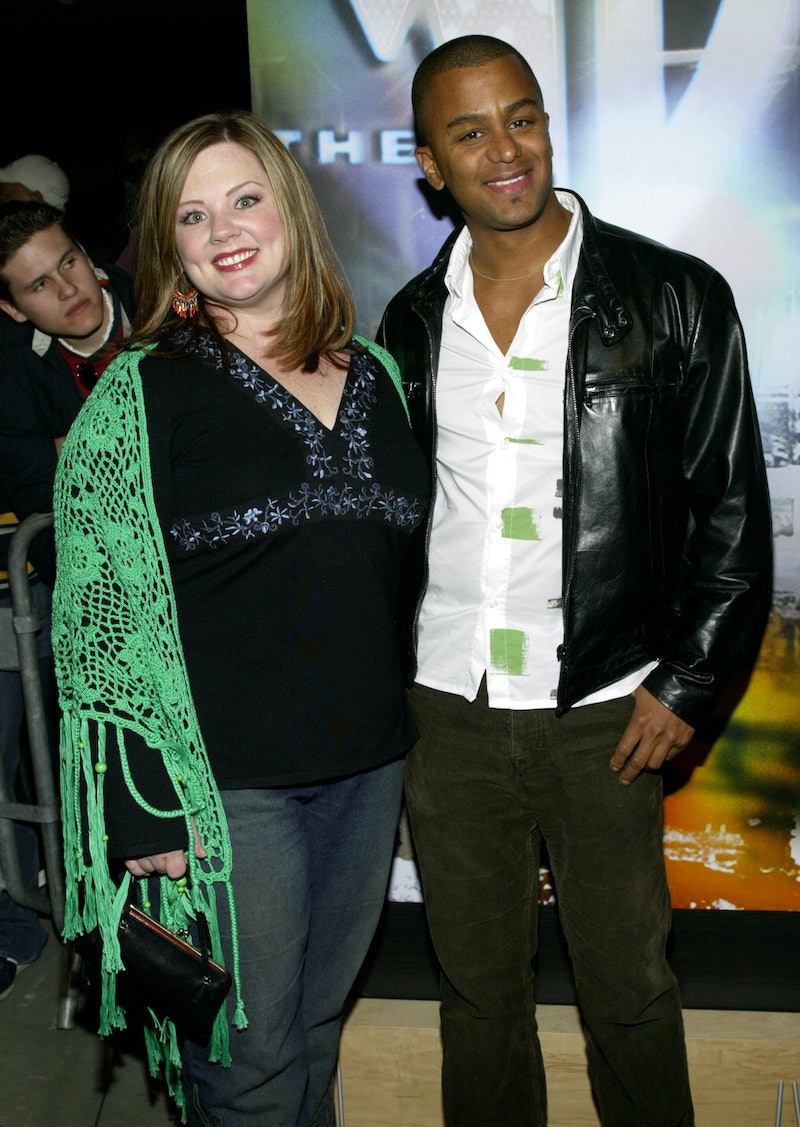 As exciting as all of this Gilmore Girls revival news has been, it's also been tough to repeatedly hear from Melissa McCarthy that she isn't returning as Sookie St. James. Yeah, it's definitely a major bummer that Lorelai and her BFF (probably) won't unite in the new episodes. That said, there is one good thing that's come from GG's reboot: seeing the friendship between Yanic Truesdale and Melissa McCarthy.

Yep, Sookie and Michel Gerard are super close in real life and it's a beautiful thing. On Wednesday, Truesdale shared a photo of himself with McCarthy at the premiere for her new comedy The Boss on both Instagram and Twitter. Alongside the adorable snapshot of the two, he wrote on Instagram, "Hanging out with the queen of comedy @melissamccarthy for The Boss premiere. Go see it guys, its hillarious [sic]!!" As for Twitter, he wrote, "So proud of my friend @melissamccarthy! Go see #theboss guys, it's HILLARIOUS [sic]!"

I think it's pretty clear how much they love and support one another. This isn't the first time Truesdale's shared a photo with his Oscar-nominated friend. In early March, he posted yet another cute picture of the two and captioned it, "Scotch, great meal and catching up with my old friend @melissamccarthy, can't ask for more! Dont [sic] read anything into it guys." Obviously, the latter part was for all those GG fans who would read their friendly encounter as McCarthy is actually throwing on Sookie's chef coat.

Even though McCarthy has said multiple times that Sookie won't be seen in Stars Hollow, at least fans can bask in the gloriousness that is Truesdale and McCarthy's real-life friendship.

Their BFF-status (or I really hope they're that close) proves that they have a spectacular relationship, just like Michel and Sookie did on Gilmore Girls. With that, let's reminisce about some of Sookie and Michel's best moments.

When They Attended Lorelai's Bachelorette Party

Can you imagine partying it up with both Michel and Sookie? Michel would be great for his sarcastic comments, while Sookie would be the life of the party.

When Sookie Said This To Michel

The fact that she got him to actually do this shows how much he respects her.

When Michel Babysat For Sookie

Despite rolling Davey (or as Michel called him, Truman) underneath the bed while playing "baby crepe", Michel offering to babysit for Sookie was huge.

When They Arm Wrestled

I mean, it doesn't get better than this.

When They Both Had Ennui

There is nothing worse than ennui, right?

I mean, he had to see the Chows. As for the Pugs? Nope, they are just plain ugly. Sookie truly is a good friend.

It really is great to know just how fond Truesdale and McCarthy are of one another. Until they share their next picture together, excuse me while I go watch Sookie and Michel moments on repeat.