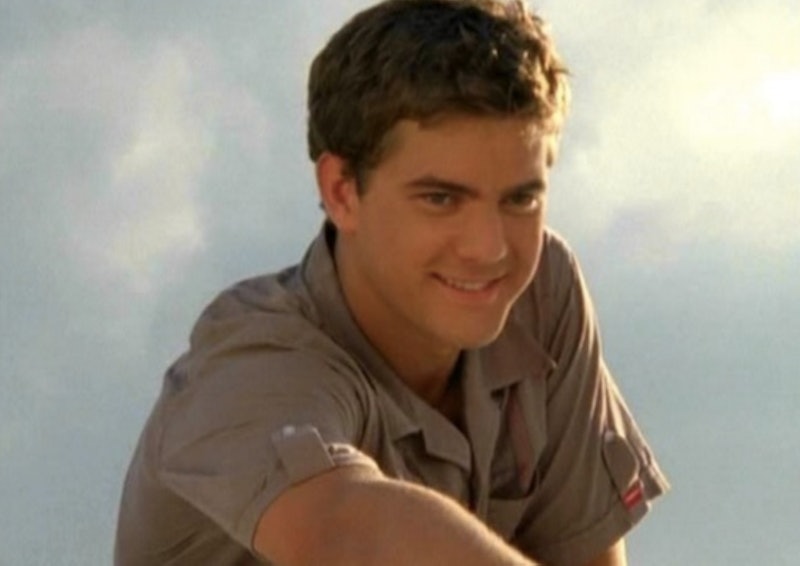 I'm a firm believer that the answers to all of life's questions can be found in old episodes of Dawson's Creek. While a revival of the show is unlikely to ever happen because of the events in the Season 6 finale, fans of Dawson's Creek continue to re-watch the show again and again. The stars of the series haven't struggled to get work since the show ended, and Joshua Jackson has stayed on our TVs and in our hearts. Now co-starring on The Affair, Jackson has proven time and again that he is a TV dreamboat and all-round stand-up guy. So what if Pacey, instead of Dawson, had been the lead in the show? How would Dawson's Creek have changed if Pacey was the main character?

While Dawson Leery was always an entertaining character, he was renowned for being miserable, pining over women for way too long, and crying dramatically. Conversely, Pacey Witter was Dawson's way cooler bestie, who wasn't afraid to dye his hair, have wild affairs, or go after what he wanted. He helped balance out Dawson's melodrama, and was a reliable piece of eye candy too. So what if the show had been called Pacey's Creek, instead? What would have changed, and how would the other characters have reacted to Joshua Jackson stealing the spotlight as often as possible?

1. The Show Would Be Funnier

Sure, Dawson had his moments, but Pacey was the comedy in Dawson's Creek. If Joshua Jackson was the lead, there would be way more opportunities for hilarity.

2. The Story Lines Would Be Bolder

From romantic gestures, to his eccentric dress sense, to the original, pre-Ezria teacher-student love affair, Pacey was always involved in big story lines, while Dawson was at home watching movies, making movies, and weeping.

Since Pacey chose not to attend college, Seasons 5 and 6 would've been about him staying in his hometown and making a life for himself there. The other characters would visit during holidays and on weekends. Most importantly, Dawson's movie set fiascos would be stories we'd hear about but wouldn't have to sit through.

4. Stereotypes Would Be Smashed

OK, so as a white male cis character, Pacey entering a competition not designed for him is hardly revolutionary and could be seen as a display of everyday patriarchy. However, in masquerading as a beauty queen contestant, Pacey highlighted how inherently sexist pageants are for women, and I can't help thinking that there would've been even more moments like this had Pacey been the lead character.

5. There Would Be More Sex

Pacey brought most of the sex appeal to Dawson's Creek as it was. His sex-positive attitude, and never-ending charisma, would've likely made the Creek a way more sexy place to be had the show been about him.

6. We Would've Followed Joey & Pacey On Their Summer Boat Trip

Instead of Joey and Pacey's summer aboard the True Love being a a mysterious time which sent Dawson into a deep depression, the series would've followed the couple and spent several episodes with them on their trip.

7. There Would Be More Time To Appreciate Joshua Jackson's Beard

Beard worship is a thing.

8. Joey & Pacey Would Be Soulmates, Not Dawson & Joey

While Joey and Pacey had an on-and-off relationship and undeniable chemistry, it was Dawson and Joey who were always drawn back together. The assumption was that as lifelong best friends, Joey and Dawson were meant to be together, on some level at least. But if the show was called Pacey's Creek instead, then Dawson would be the eccentric friend Joey had sleepovers with and talked to about her confusing feelings for Pacey.

9. There Would Be Less Crying

With the focus firmly on Pacey's rapport with just about everyone, there would be less wallowing. Instead of dwelling on unhappiness constantly, there would be more moments of friendship, fun and flirting.

The king of grand gestures (remember when Pacey gave Joey that wall?), Pacey's Creek would be all about the amazing things he did for other people. From making people laugh, to bestowing them with wild and crazy gifts, Pacey was always way more generous, and less self-centered than Dawson, and that would change the direction of the show entirely.

11. The World Would Dislike Dawson

It's not James Van Der Beek's fault, but Dawson was a bit of a cliche, and his misery spread like wildfire. If he was no longer the lead character, Dawson's actions would not seem cute or attractive. Instead, making films about his friend Joey, and basically stalking the girl next door would seem like creepo moves.

Pacey doesn't have all that much control over his actions, and his tendency to follow his gut instincts and rely on his impulses gets him into trouble. Where Dawson played it safe, Pacey took every opportunity he could, and this would make the show much more unpredictable.

13. We'd Get To See Even More Of Joshua Jackson's Face

I certainly wouldn't be averse to Dawson's Creek coming back as Pacey's Creek. In fact, I'm a little bit convinced now that it'd be a fantastic idea.

More like this
The First Trailer For 'That '90s Show' Includes So Many Nods To The Original Series
By Jack Irvin, Alyssa Lapid and Grace Wehniainen
How The Thanksgiving Episode Of 'Gossip Girl' Changed Pop Culture History
By Gabrielle Bondi
'Gilmore Girls’ Lauren Graham Just Revived Our Hopes For A New Reunion
By El Hunt
The 'Ugly Betty' Cast Just Reunited In The Best Way
By Sam Ramsden
Get Even More From Bustle — Sign Up For The Newsletter