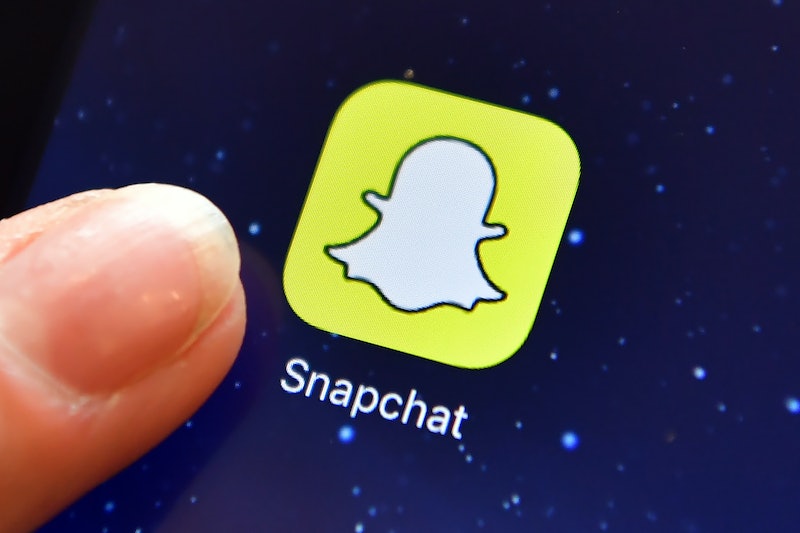 In contemporary society, we talk a lot about the dangers of addiction, and for good reason: Addiction can negatively impact your relationships, career, and health — and in worst case scenarios, it can literally end your life. Now, new research on addiction sheds more light on addiction found that there might be a connection between excessive social media use and alcohol abuse. It's not the only study to have examined the dangers of social media addiction; that said, though, it's still a pretty new field. The current study, which was released from the University of Albany and appears in the Journal of Behavioral Addictions, found that people who use social media excessively are more likely to conform to social norms — particularly when it comes to drinking-related activities.

Basically, think about your friend who is obsessed with how many "likes" they get on a social media post or who doesn't go too long without refreshing their Facebook because they don't want to "miss out" on what everyone else is doing. This study suggests that these friends may be more likely to conform to social norms and expectations because they want to fit in, with one example of that behavior being excessive drinking. For more exploration, I've broken the study and its findings down below:

The study pooled 537 undergraduates — 60 percent of whom were female, 40 percent of whom were male — and asked them to report their social media usage, including websites like Facebook, Twitter, and Instagram. Participants were also asked to take an alcohol consumption test. In both scenarios, researchers were looking for signs of addiction, including cravings for social media, feeling angry or irritable when unable to access social media, and spending more time on social media when able to use it again.

The study found that respondents who met the criteria for excessive social media use were significantly more likely to use alcohol to conform to social norms and expectations. The study found that these participants were also significantly more likely to use alcohol as a means of coping with negative emotions, and held more conflicting views on alcohol and their relationship with it. Finally, the study also found that these participants experienced more and more frequent negative effects of their drinking, in terms of their social, physical, and intrapersonal relationships.

The Links Between Alcohol And Social Media Use

So, where does this leave us? If you think you're struggling with how much time you spend on social media, it's a good idea to talk to a mental health professional. Social media addiction is a very real problem in our society, and even if you're not addicted to social media, it's clear that excessive use may be a sign of other problems (or potential other problems) in your life. There's been a lot of research done on where addiction stems from and what addictive personalities consist of, so if this study feels like a reflection of your own life, it's a good idea to talk to a professional or trusted person in your life sooner than later. Addiction can take a serious toll on you if you don't get to the root of the issue right away.