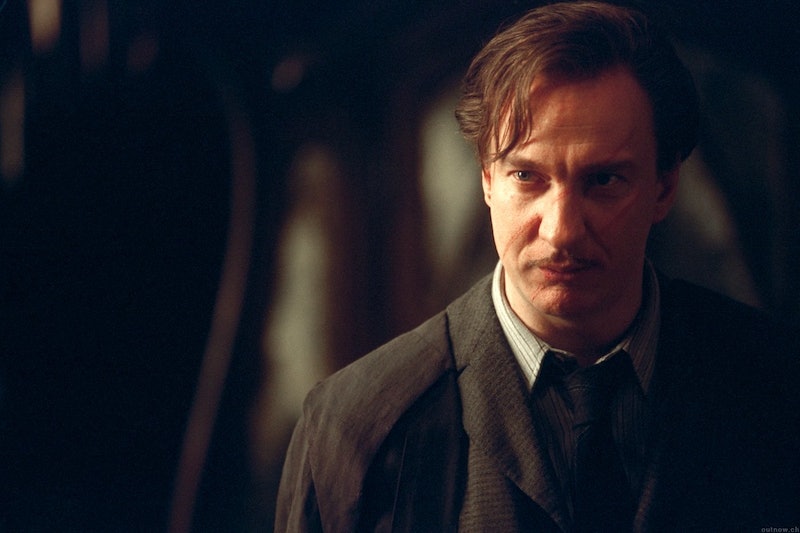 When you think of the Harry Potter films, what immediately springs to your mind besides "cinematic masterpiece" and "defining franchise of a generation"? What about "sexiness?" OK, probably not your first thought, but you can't sit here and tell me that your interest has not piqued now that it's been mentioned. It's true, friends and fellow Potterheads, you might not have been paying attention to it before, but the cast of Harry Potter was full of some sexy men. Because apparently, the best way to adapt the world's greatest (not sorry for that hyperbole) book franchise into a successful film franchise is to add in a dash of sex appeal — aka, take it to Hollywood!

Now to be fair, not every character is oozing with said appeal, but that doesn't discredit the truth hiding under the invisibility cloak. The truth that in the wild, wizarding world of Harry Potter, there were some unexpectedly, magically, sensual cast members of this film. Some real dime pieces. It's a shame you didn't see them before, really.

So here we go. "Hunks of Harry Potter: A List You Never Knew You needed, But Will Be So Thankful to Have" — aka the men of Harry Potter , ranked by sexiness.

Intelligence is always sexy, and let's be frank here. Dumbledore is as intelligent as they come. He's basically the smartest person alive. He also has a great beard, so if you are into that sort of thing, win, win.

The Ministry of Magic's most passionate — and most inquisitive — DILF is a red-headed hero with a heart of gold.

Everyone loves a bad boy. Sure, this one happens to be the worst one to ever grace planet Earth, but like, nobody's perfect.

Full disclosure: Lucius Malfoy is only on this list because of his hair. He's despicable and I hate him, but his blonde locks are undeniably beautiful. Yeah, I said it.

So, sure, Barty was pretty evil. He participated in the capturing and torturing of Neville Longbottom's parents (pretty messed up, man), but you can't deny that perfect bone structure — lest you want to be a liar just like him.

Professor Gilderoy Lockart was the kind of teacher you always wanted in school. And by that I mean, the hot kind.

Remus Lupin was such a smokeshow. He was (one) really good at magic, (two) a werewolf, and (three) incredibly well dressed.

If you had a dollar for every fan fiction created around the Forbidden Forest's Firenze, you'd have at least one dollar. I know because I personally authored "50 Shades Of Firenze's Abs." (It was 99 percent about his abs.)

Like Harry, but older and wiser. He's got a story behind those eyes.

I feel like no one talks about how sexy Bill Weasley was, and that's a great disservice to our generation. The scar on his face just added to his mystique and was a testament to the bravery of this stone-cold fox.

The only thing I'm sirius about (hehe) is the fact that Sirius Black is a 10/10. 3 million points for Gryffindor! Forever!

And now I leave you all with a (slightly) altered quote from number 11 on this list — the man, the myth, the legend, Albus Dumbledore. "Happiness can be found even in the darkest of times. If one only remembers to turn on the sex appeal." Exactly.