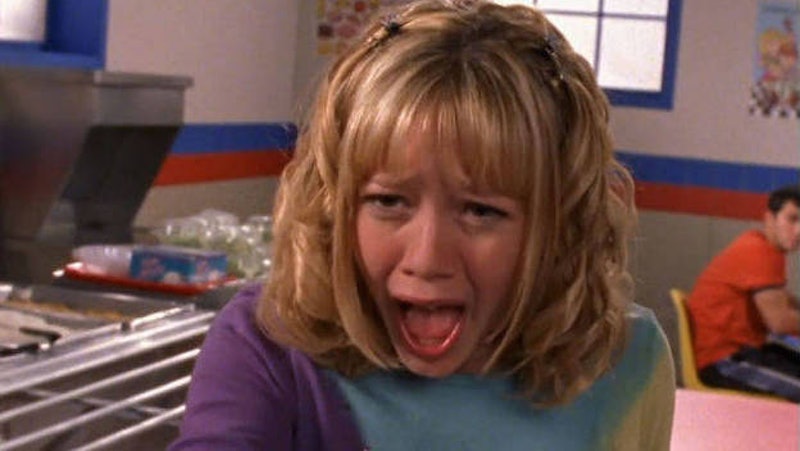 One day you are living your life as a carefree tween, wondering what you're going to have for dinner or what Britney's next song will be like. The next day, you notice you're growing a small body hair forest, and shaving your legs suddenly becomes an all-encompassing goal.

If you were a gal growing up in a Western culture between the '90s and early '00s, you likely felt pressured to shave your body hair. This was (and still is, albeit hopefully to a lesser extent) a gender norm of our society. On the whole, young and adult women alike have been encouraged to become as hairless as possible for decades — with body hair "ideals" dictating that women's bodies be as silky smooth as possible, while we continue to rock super long tresses on our heads.

Fortunately, we appear to be slowly moving away from the restrictions of impossible beauty rules. There's still plenty of ground to be covered, but it seems that not shaving is becoming less of a taboo.

However, if we turn the clock back a decade or so, removing female body hair was not so much a choice, but a necessity if we wanted to fit in with our peers. So here are some of the struggles we faced in our tweenage years, when we weren't allowed to shave our legs.

1. Plucking Up The Courage To Ask Your Mom

You mentally rehearsed how this conversation would play out in your head, possibly even with flashcards, and you were ready — holding onto a plethora of reasons why you should be allowed to shave your legs. Your mom wouldn't be able to refuse.

As an adult, it's probably weird to think that there was a time in your life when you weren't allowed to decide what you did with your body. But alas.

2. Throwing A Fit When Your Request Was Denied

How could your mom be so unreasonable? All this time you thought she was on your side, but it was becoming clear that she did not have "your best interests" at heart. Maybe she'd been brainwashed by the popular girls at school who had her under their full control, so they could embarrass you whenever they desired. Realistically, you'd probably been reading too many creepy Goosebumps books.

3. Contemplating How Much Hair Is Too Much Hair

If your leg hair is blonde and only shows up in the sunlight, does that mean your legs aren't as hairy as a brunette person's? If you can mistake your leg hair for a knee shadow, will it be socially acceptable? Does touching your leg feel like you're petting a cat? It pains me to think about how much time I spent pondering the amount of leg hair I did or didn't have.

4. Feeling Like A Baby While All Your Leg-Shaving Friends Seemed So Grown Up

When all your friends were discussing what razors they used for shaving, you felt so immature — like you had nothing to offer your group. There were so many things you didn't know about, and your friends suddenly seemed like all-knowing oracles with their tampons and their pink Gillette Venus razors. Life was so unfair.

5. Worrying That You’d Be Outcast From Your Girl Gang

As soon as one of your gal pals found out you were suffering from a case of the hairies, the information would likely spread around your gang like wildfire. The best thing to do was seemingly to keep your legs under wraps at all times, just to avoid being nicknamed The Abominable Snowman.

Getting your legs out for gym class was unavoidable. You had two options: Pretend to be on your period, which obviously couldn't happen every week, or take the position furthest away from the popular girls when partaking in team sports. You could deal with being teased by your friends, but being teased by cheerleaders was not an option.

Want more beauty tips? Check out the playlist below, and be sure to subscribe to Bustle’s YouTube page for more hacks and tricks!

7. Worrying About Whether Your Hairy Legs Would Disgust Your Crush

One of the most important arguments for shaving your legs — and one that you would never admit to your mom — was so your crush wouldn't be "disgusted" by your beastly stems. As someone whose leg hair was so long you could braid it, I can vouch that this was my biggest fear. Now I would tell my younger self that if anyone judged me on my appearance, or shamed my body because it didn't fit into a made-up beauty ideal, they weren't worth knowing, let alone dating.

8. Wondering If Your Hairs Were Poking Through Your Tights

Whenever someone's bare leg would brush past yours under the table at school, you prayed to all the gods that your leg hairs were not powerful enough to poke through your tights.

9. Feeling Like You Were Missing Out On All The Cool Shaving Foams

A grapefruit shaving foam? That really exists? You'd been using a plain old bar of soap to shave your armpits and had thought shaving foam was just for dads. You became obsessed with all the wonderful different kinds out there, but you couldn't justify spending your hard earned allowance on a can of goop for your pits, could you?

You had a mad moment in your friend's shower the morning after a sleepover, when you almost reached out and grabbed her razor. But you'd heard all the scary urban legends about sharing razors, so you put the thing down at the last second.

11. Sneakily Shaving Your Legs & Hiding The Evidence From Your Mom

Nothing to see here! No goddess-like, silky smooth pins for me. The guilt of keeping this huge burden under wraps was almost not worth it. Besides, you'd have to wear stuff that covered your legs up anyway, in case your mom saw your hairless limbs. The whole activity was pretty pointless.

With the wisdom of adulthood, we hopefully now know there are far more important things to think about, like what kind of topping to have on your pizza or pretending you're good at adulting. If you like shaving, go for it, of course. But if not, don't feel pressured into hair removal. You're a fully-formed human now! Or almost halfway there, anyway.

More like this
I Have Eyebrow Alopecia – & Microblading Gave Me My Confidence Back
By Jessica Morgan
The Secret To Taylor Swift’s Fringe, According To The Experts
By Orla Pentelow
The 'Hocus Pocus' Sequel Finally Has A Release Date & It Makes Total Sense
By Shannon Barbour and Radhika Menon
Alicia Silverstone Has Recreated An Iconic 'Clueless' Scene
By Frances Stewart
Get Even More From Bustle — Sign Up For The Newsletter