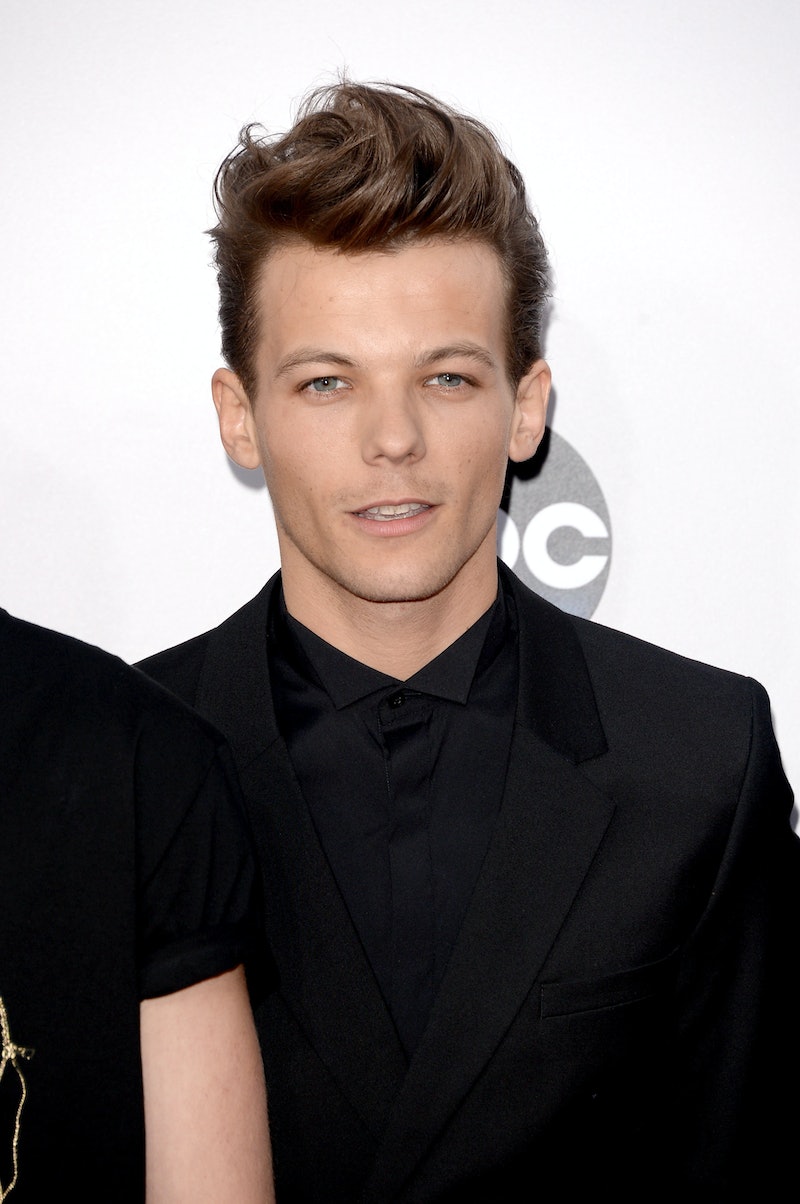 Well, if you've been waiting for the day for One Direction singer Louis Tomlinson to confirm he's dating Danielle Campbell from The Originals, that day is finally here. On Monday, Tomlinson shared an Instagram selfie with Campbell that proves they are most definitely a couple. It basically screams, "Yes, we are totally in a relationship."

As you can see below, the 24-year-old boy bander is kissing the TV star on the cheek, while she gazes all lovey-dovey into the camera with the biggest smile on her face. The way the 21-year-old actor has her hand on Tomlinson's chin also says a lot. It's clear they are extremely affectionate with each other and love spending time together. Plus, Tomlinson captioned the selfie, "Lucky." Interpret that how you want, but I'm going with it means he feels super lucky to have found a partner in Campbell.

The two were first linked in December 2015, when they were spotted grabbing milkshakes in Hollywood. From that moment on, both the media and Directioners have been keeping an eye on the duo to try and confirm whether or not they are indeed an item. Well, I think it's safe to say they are.

Even though the above photo is evidence of their coupling, both Tomlinson and Campbell have been throwing out hints for a while about their relationship. It might not have been confirmed by the two, but it's been obvious for some time now that they've been together.

When Their First Selfie Went Public

On Nov. 21, 2015, Campbell's friend and fellow actor, Keelin Woodell, shared the above selfie on Instagram. I have a feeling this was the first time they connected and caught one another's eye.

I know, I know. Just because someone likes someone else's tweet doesn't mean they are a couple. However, the fact that she liked Tomlinson's tweet on Nov. 24, 2015 (four days after the above IG selfie was taken) speaks volumes.

When They Went For Ice Cream A Lot

In both December 2015 and January 2016, Tomlinson and Campbell were spotted getting ice cream together.

Could the 1D singer and Campbell have made it more obvious when they traveled to Chicago in January?

When They Celebrated Danielle Turning 21

Campbell turned 21 at the end of January, which led to a celebration with the singer. Check out those Frozen balloons. Plus, there were also "It's a Boy" balloons for the birth of Tomlinson's baby boy, Freddie. What a great way to celebrate two special events, right?

When They Held Hands

In February, they were also spotted at a Bristol Farms grocery store holding hands and acting very much like a couple.

After the birth of Freddie, Tomlinson shared an Instagram photo debuting his son. Guess what? Campbell liked it. Whoa. At that point in time, if you didn't believe they were dating, then you were just kidding yourself.

Now that they appear to a bit more open with their relationship status, here's hoping Tomlinson and Campbell share even more adorable selfies.