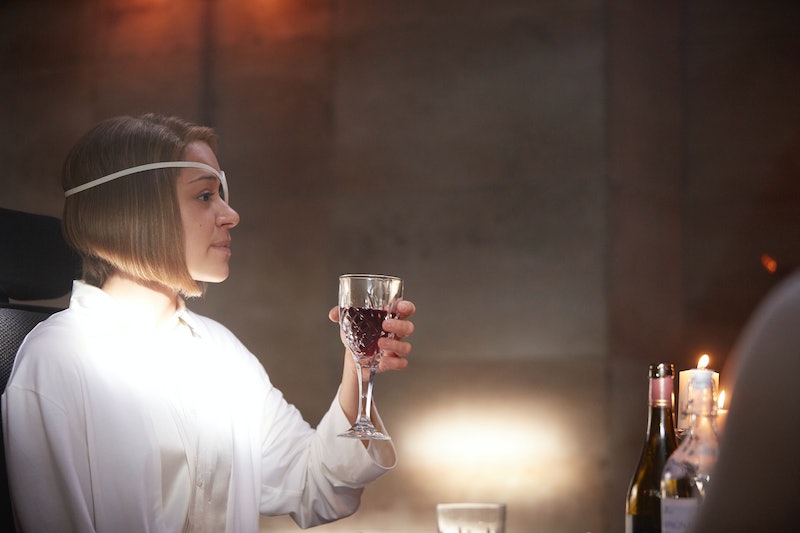 After the first episode of Orphan Black Season 4 delved into Beth's backstory with an hour-long flashback, and the second episode introduced audiences to the new threat of Neolution's maggot-bots, the third episode ("The Stigmata Of Progress") was really the first of the season to hit the ground running, without needing too much exposition to kick things off. Consequently, there was room in the hour to catch up with a whole host of familiar faces we hadn't seen yet this year — including everyone's least favorite self-aware clone. Yes, Rachel Duncan is back on Orphan Black … and she's not alone, either.

Still recovering from the pencil-through-the-eye she received from Sarah in the Season 2 finale, Rachel is right where we left her in Season 4, living in a room with Charlotte — the young girl cloned from Rachel's own genetic material — and supervised by her imperious mother, Susan. But now there's one more addition to this odd living arrangement: Ira, yet another Castor clone who had remained unrevealed until now. This clone is a kindly nurse, very much unlike his more maniacal brothers like Rudy or Seth, and is responsible for giving Rachel regular treatments for her new bionic eyeball.

Outside the confines of Rachel's prison cell, viewers also encountered Ferdinand, her former "cleaner" (and lover), last seen allying himself with Project Leda after the revelation that the Neolutionists had infiltrated the Dyad Institute. He shows up just in the nick of time, too, to help save Sarah from an evil hygienist. Sarah had tracked down a dentist she thought could help get the maggot-bot out of her cheek, but ended up betrayed and held captive until Ferdinand showed up and slit her captor's throat.

(We also glimpsed Paul yet again, in the old security video of Beth's apartment — although actor Dylan Bruce's name was notably absent from the opening credits for the first time in the show's history, perhaps finally putting to rest the question of Paul's status on Orphan Black .)

Finally, this week's episode saw the show return to one of its most familiar — and enjoyable — tropes: One clone pretending to be another. While Alison was in the garage exhuming Aldous Leekie's corpse in order to access his maggot-bot, two detectives came by the Hendrix residence to inquire about the deaths of those drug dealers killed by Helena last season. The pregnant Ukrainian clone was forced to pretend to be her uptight hostess, and the result was predictably hilarious.

Will Rachel escape from her captivity? What's the deal with the newest Castor clone? Is Ferdinand really a good guy now? And have we officially seen the last of Paul? We'll have to tune in next week to find out, I guess!