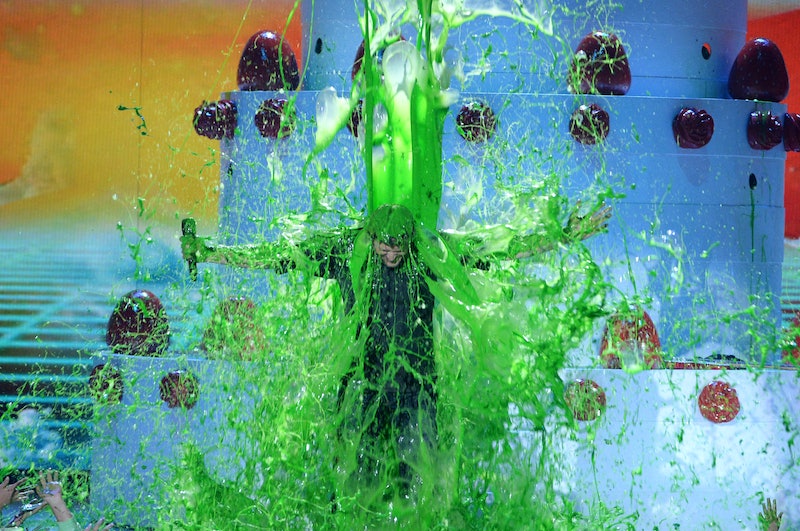 As the Rolling Stones once so wisely said, you can’t always get what you want — and goodness knows that there were plenty of weird things we wanted in the ‘90s, but never got. I mean, yes, this is true for pretty much every decade; however, one of the defining characteristics of the ‘90s was its emphasis on weirdness, so I would argue that the things that fall under the heading of “Wanted It So Badly But Never Received it” from that particular decade are perhaps just a tiny bit odder than those from other generations. I mean, the ‘90s gave us Gak, after all. It doesn’t get much weirder than that.

It is really fascinating how being denied something makes us want it all the more, isn’t it? Research has actually shown that this is a real phenomenon — although interestingly, that’s not the whole story: While it’s true that denying people access to the things they want will make them work harder to get it, once the item has actually been acquired, we’re less likely to keep it, according to a 2009 study conducted by researchers at the Stanford University Graduate School of Business. Parents always seem to be hip to this aspect of human psychology, though, which is probably why they were so reluctant to bestow upon us most of the items on this list.

Speaking of the items themselves, they varied in nature; some of them were unattainable dreams, while others were actual physical things our parents refused to indulge us with. Either way, most of us spent our childhoods wishing fervently for them and never, ever getting them — but hey, at least we can treat ourselves to a few of them now that we’re adults who pay our own bills. eBay is a wonderful thing.

Like, an actual one. One that really summoned Captain Planet. Obviously this would be impossible, as Captain Planet is a fictional character — but that didn’t stop us from desperately wanting one of those rings anyway.

Your parents probably let you have one or two key Lisa Frank items, but they put their foot down at an entire room that looked like a rainbow puppy unicorn creature sneezed all over it.

3. That Super Huge, Amazing Playset Of Your Dreams

Maybe you longed for a Micro Machines creation, or maybe you were more of a Barbie Ice Cream Shoppe kind of person, but either way, you dreamed of that playset nightly for years. Alas, though, it was the one thing that never appeared in your life in any sort of realistic, meaningful way. I’m sorry. I feel your pain.

4. That One Extremely “Rare” Beanie Baby You Constantly Coveted

Because we always want what we can’t have, if you missed picking up a crucial Beanie before it was retired, you spent the remainder of the Beanie Baby fad trying desperately to convince your parents to get it for you from eBay. Luckily, the aforementioned parents were usually smart enough to realize that dropping a couple hundred bucks on a bean bag with eyes was probably not the wisest investment.

Yak Baks really weren’t that impressive — numerous smartphone apps exist that are capable of doing the same thing, only way better — but they were on my Christmas list pretty much every single year during the ‘90s. Parents, however, always seem to have some sort of sixth sense that can determine when a toy their offspring covets will be more trouble than it’s worth… and Yak Baks definitely qualified.

We all wanted to get slimed; however, very few of us ever managed to actually achieve that goal. Ah well — it was probably better for our wardrobes in the long run. I bet slime is pretty much impossible to launder out completely.

7. Chunky Highlights In Your Hair

Or frosted tips — either/or. The parent or guardian willing to actually drop the bucks at the salon for their tweens to get professionally done hair processes, however, was a rarity; as such, the best we usually managed to get was a bottle of Sun-In.

8. Your AIM Screen Name Of Choice

Because someone else had already grabbed SparkleSunshine long before you got there — and so had pretty much everyone else. Sp4rkleSuns1ne9276358391967452 it is, then.

Pssst! For more content on nostalgia and technology, check out our podcast, The Chat Room.

9. To Be On The Price Is Right

…Except that it never happened. Oh well.

You always knew someone who had one, but you were never blessed with one yourself. Presumably your parents decided putting a 7-year-old behind the wheel of a car was a bad idea, even if that car was pint-sized and battery powered.

Lunchables. Fruit by the Foot, a Squeezit. The whole proverbial nine yards, all in one snazzy Ninja Turtles lunchbox. Alas, the “cool kid” lunch was really more of the Platoinic ideal lunch, insofar as it didn’t really exist most of the time.

An Easy Bake Oven? The McDonald’s Snack Maker? One of the many Doctor Dreadful Food Lab sets? Take your pick — if it made things we could actually eat, we wanted it. And usually never got it.

Is it really possible to teach tiny shrimp living in a plastic container to do tricks? I'm skeptical.

14. To Have Nick Take Over Your School

Fun fact: In addition to being a sweepstakes from the ‘90s, Nick Takes Over Your School was also the name of a game show kind of thing produced by Nickelodeon Australia in the late ‘90s and early ‘00s. TIL, right?