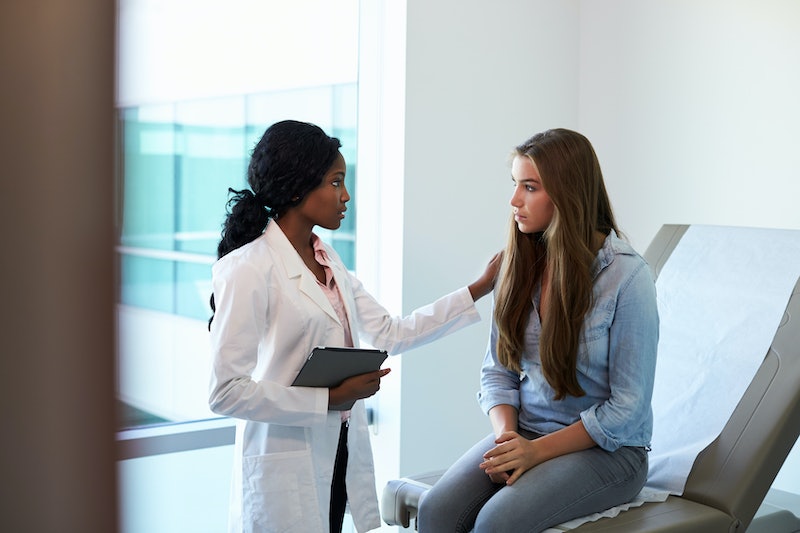 Over recent years, the United States has seen an explosion of efforts by lawmakers and laypeople alike to limit abortion access. One major source of these efforts is a lack of understanding of the procedure, so it stands to reason that the more we can bust myths about abortion, the less likely our reproductive rights are to be under attack. Some anti-choice advocates will retain their positions no matter what they learn, but sometimes, ignorance really is the culprit of limitations on reproductive rights.

Over the past few years, abortion rights in the United States have come under attack from many state governments as well as the federal government. The number of abortion clinics in the country has been steadily decreasing, with six states left with only one clinic. This means people often need to drive long distances to get abortions, and that process is further complicated by laws that require patients to receive ultrasounds or counseling before getting the procedure. Currently, 38 states require pre-abortion counseling, and 27 require those seeking abortions to wait 24 hours after counseling before they can go ahead with the procedure.

Here are some dangerous myths about abortion that are contributing to this cultural and political climate — and why we need to stop believing them.

Myth #1: Abortion Is A Dangerous Procedure

Abortion is not an invasive surgical operation. Many anti-abortion activists claim that it is, and that it's an unsafe one at that; consequently, they argue, outlawing abortion keeps women safe. In the video above, Vox investigates a law in Texas that, under this misconception, requires abortion centers to meet the same standards as surgical centers, leading many clinics to shut down. One advocate of the law claims it exists "to make sure women don't die on the abortion table." Former Texas Governor Rick Perry once said abortion was the United State's second most common form of surgery. 22 percent of Americans think abortion does indeed involve surgery, and 51 percent don't know if it does, according to a Vox poll shared in the video. Dr. Barbara Levy, vice president of health policy for the American College of Obstetricians and Gynecologists, told Politifact, "I don’t even think it’s appropriate to talk about [abortion] as a surgical procedure."

In fact, an abortion is typically accomplished either by simply taking a pill (if you're less than 10 weeks pregnant) or through a suction device that empties the uterus. Furthermore, numerous studies have shown that abortion-related deaths are incredibly rare; indeed, getting an abortion is safer than getting your wisdom teeth out. Arguing that safe, legal abortion is dangerous — and using that argument as justification to restrict access to it — is flat-out wrong.

In reality, outlawing abortion pushes it underground — and while safe, legal abortions aren't dangerous, underground ones can potentially be. As the above documentary "When Abortion Was Illegal" shows, people resorted to desperate measures when abortion wasn't legal in the United States — and they're starting to do so again. As state laws have restricted abortion rights over the past five years, Google searches for information on self-induced abortions in the United States — particularly in states with abortion-limiting legislation — have gone up. According to a World Health Organization and Guttmacher Institute report, countries where abortion is illegal don't have fewer abortions — they just have more unsafe ones.

Myth #3: It's "Unnatural" For A Fertilized Egg Not To Become A Human

Take it from Bill Nye: Half of fertilized eggs leave the body naturally. It would be impossible to treat every fertilized egg as if it were a human, as those opposed to abortion often argue we should. In fact, we should be suspicious of the fact that the people all bent out of shape over those who choose to end pregnancies aren't also upset over the fertilized eggs that naturally leave the body.

Myth #4: Abortion Rights Are Only A Women's Issue

Abortion is often described as a women's issue in political debates, but it affects people of all gender identities. It affects men who are not looking to become fathers, and it also affects trans and non-binary people with uteruses. When we talk about abortion as an issue that solely pertains to women, we exclude other people it matters to and disregard how broadly impactful abortion rights really are.

Myth #5: Only Reckless People Get Abortions

It's not just careless people who don't practice birth control who get abortions. Birth control can fail even when we're vigilant about it. In fact, according to a Guttmacher Institute study, 30 percent of women will have an abortion by the age of 45. If abortion were only reserved for those who didn't practice safe sex, that number would be a lot lower. The truth is, abortion is a necessity for many people who do everything within their power to prevent a pregnancy, still get pregnant, and simply cannot support a child physically, financially, or emotionally. That's why the United Nations Human Rights Committee considers abortion a human right, and we all should.

More like this
How To Protect Your Digital Privacy If You Need An Abortion Post Roe v. Wade
By Kaitlyn Wylde
Harry Styles Called For "Backlash" In Powerful Statement On Abortion Rights
By El Hunt
Sandra Bullock, Girlboss Extraordinaire
By Matt Harkins & Viviana Olen
10 Times Boris Johnson Got It Wrong On Trans Rights
By El Hunt and Sam Ramsden
Get Even More From Bustle — Sign Up For The Newsletter