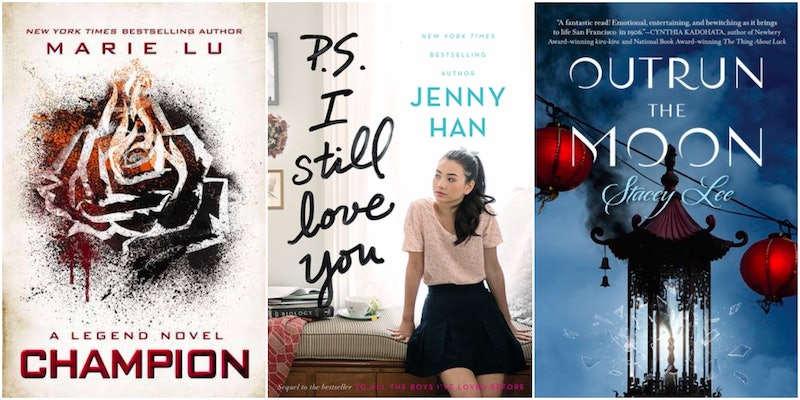 Social media users took to Twitter on Tuesday, using the hashtag #whitewashedOUT to strike back at Hollywood's erasure of Asians. The Nerds of Color teamed up with We Need Diverse Books and Margaret Cho to organize the Twitter movement and "take a stand against whitewashing" in honor of Asian Pacific American Heritage Month.

Although the practice of casting white actors in Asian roles has a saddeningly long history, several recent, high profile cases have brought the issue into the spotlight.

First, there's the case of The Martian . When the film adaptation of Andy Weir's 2011 novel hit theaters last year, fans were disappointed to see that non-Asian actors Mackenzie Davis and Chiwetel Ejiofor had been cast to play Mindy Park and Vincent Kapoor. The Media Action Network For Asian-Americans (MANAA) called out director Ridley Scott for the erasure, saying that "[t]his was a great opportunity to give meaty roles to talented Asian American actors — and boost their careers — which would’ve enabled our community to become a greater part of the rescue team."

Months ago, when filmmakers announced that Scarlett Johansson would play Ghost in the Shell 's lead, Major Motoko Kusanagi, fans demanded to know why a Japanese actress had not been selected instead of the Avengers star. It soon came to light that the Ghost in the Shell production team ran tests to make white actors appear Asian using CGI, reinvigorating the outrage. At least one fan asked Johansson to step down from playing Kusanagi, who is now referred to exclusively as "Major," and fellow Marvel actress Ming-Na Wen took to Twitter to express her displeasure with Johansson's casting.

Finally, there's the issue of Tilda Swinton taking on the role of The Ancient One in the upcoming Doctor Strange movie starring Benedict Cumberbatch. In the source material, The Ancient One is an elderly Tibetan man. Marvel defended its casting decision by saying that "The Ancient One is a title that is not exclusively held by any one character, but rather a moniker passed down through time, and in this particular film the embodiment is Celtic." The comic book publisher also said that Swinton's casting was intended to help sales in the Asian market, to which Star Trek alum George Takei replied, "This back-pedalling is nearly as cringeworthy as the casting. Marvel must think we’re all idiots."

Donning the #whitewashedOUT hashtag, fans and writers alike expressed their anger and disappointment with U.S. whitewashing on Twitter. Here's a short survey of the tweets.

This is just a teeny tiny sampling of what's going on on Twitter right now. I highly recommend reading the threads in full for yourself. Once you're done, be sure to check out some fantastic YA novels by Asian-American and Southeast Asian writers, and speak out against Hollywood whitewashing of literary characters.

And remember: if you disagree with the politics of a film's casting, you don't have to support it. There are plenty of diverse films out there that you can put your money toward instead.