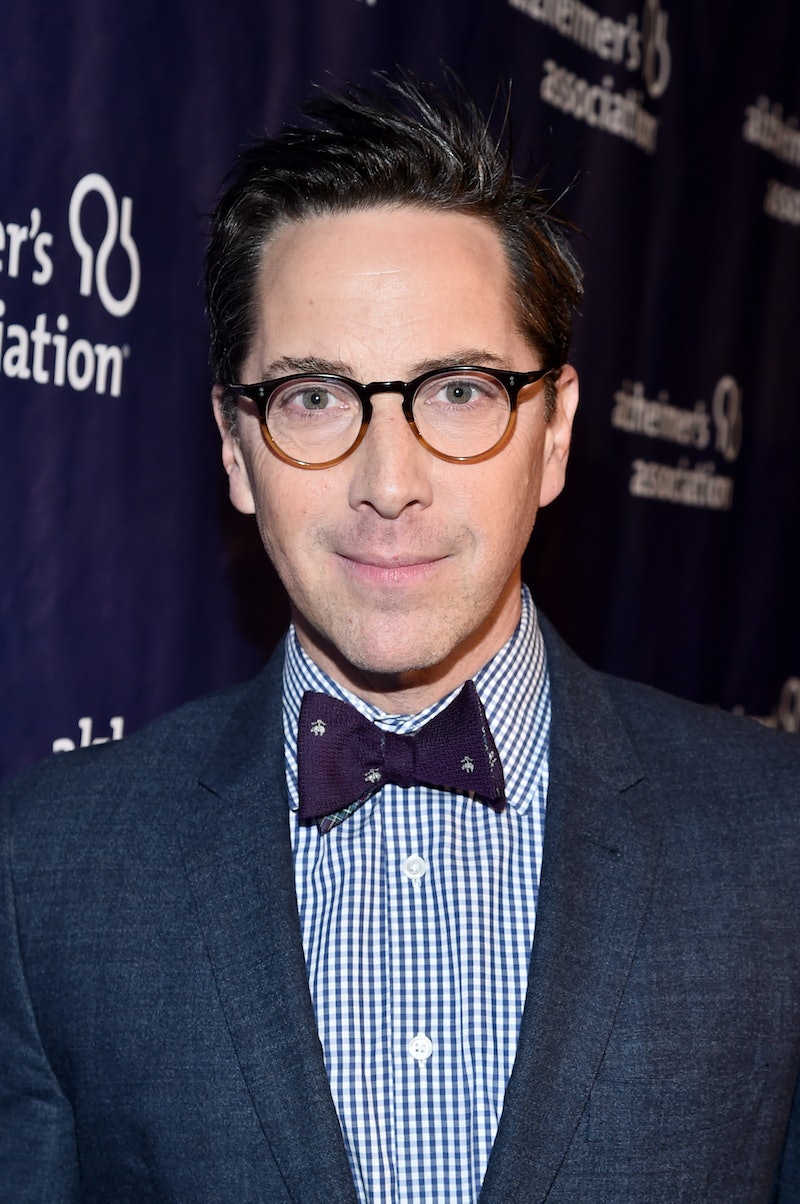 It seems like barely a day goes by without some new casting news from the Gilmore Girls set. Now that pretty much every single one of the series originals have signed back on to star in the Netflix show, news of new cast members joining in on all that Stars Hollow fun is like a constant trickle these days. And, on Tuesday, TV Line reported that Scandal star Dan Bucatinsky will be in the Gilmore Girls revival, but who will this super talented actor, writer, and producer be playing in Stars Hollow?

It turns out his role is still pretty much a mystery. But, even though his character is unknown at this point, Bucatinsky’s Twitter and Instagram feeds reveal a few clues that can at least help us speculate on what he'll be doing in the revival. For instance, both pictures he posted to Twitter and Instagram mention working with Alexis Bledel and not Lauren Graham. In fact, the photo that he posted to Twitter is of the actor with Alexis Bledel. In the caption, Bucatinsky wrote, “What a blast today on #gilmoregirls with @alexisbledel — @thelaurengraham missed the fun.”

But, before you think that his day on the set with Rory Gilmore was just a fluke, on Monday he posted a photo to Instagram of the back of a Gilmore Girls director’s chair with the caption, “At work bright and early with the one and only @alexisbledelofficial great crew of this classic.”

So, what exactly could Bucatinsky be doing on the show that would involve him working with so closely with Rory Gilmore and not Lorelai? Well, if we can live in a world where all of my dreams come true for a second, I’m going to guess that Bucatinsky has been cast as some sort of event planner for Rory and Jess’ wedding, but that’s just me.

Really Bucatinsky could be playing a number of different characters that would make sense for him to be working just with Bledel. He could be a work colleague of hers. Maybe he’s even another teacher at Chilton, if the pictures of Rory at the head of the class mean that she is teaching these days. He could also be some bigwig journalist trying to coerce her to leave the hallowed halls of Chilton to revive her dream of becoming an international journalist. He did play one on Scandal, after all.