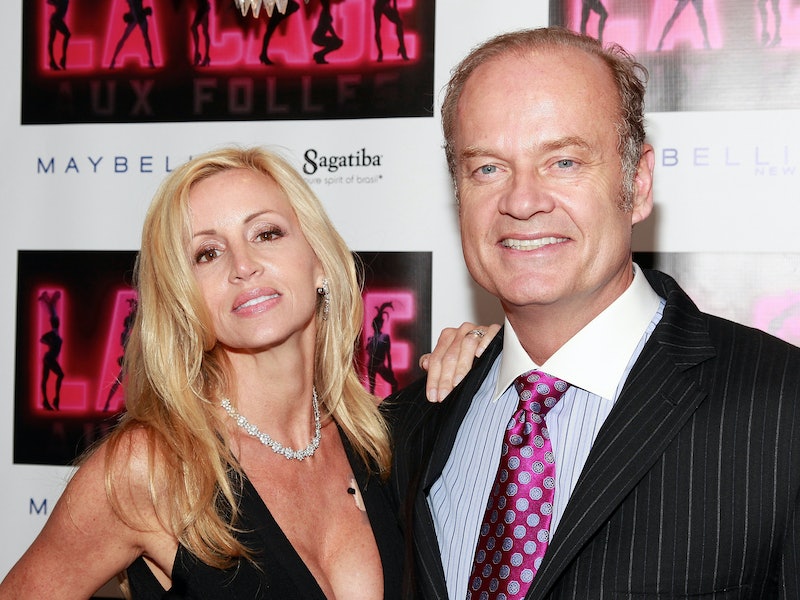 Breaking up is hard to do, but it has to be even worse when you're going through it in front of reality TV show cameras. Just ask the women on Real Housewives. A lot of them have been through some pretty tough breakups while their show was filming, which means they had to relive everything once the season aired. Some of the women have been super resilient after their breakup, not skipping a beat after a split. And then there are some really awful breakups that constitute the worst Real Housewives splits of all time. At this point a lot of these women are like my friends (in my head), so I have mixed feelings about watching them during their rough times. It's like passing a car accident on the highway, I don't want to see it, but I can't look away.

Some of these couples were together for decades and I could not have ever imagined them splitting up, but it happened anyway. Others broke it off before I ever had a chance to be emotionally invested, but that doesn't mean that the breakups did not get nasty, awkward, or sad.

These are some of the worst splits in the history of the Real Housewives franchise.

It seemed like Bethenny Frankel really did have it all when she married Jason Hoppy. They even had their own spin-off series, but that didn't last too long and neither did their marriage. It's a little bit unclear what actually caused Bethenny and Jason's divorce, but it is still dragging out in the press and gets mentioned pretty often on Real Housewives of New York City. They are still not divorced and they are struggling to split up their assets and their time with their daughter.

I don't know about you, but I was pretty shocked when Ramona and Mario Singer split up. They seemed to be all about each other, but I feel like getting your vows renewed on a reality show really is a kiss of death. Anyway, poor Ramona had to see news of her husband's rumored affair play out all over the press. No matter how you feel about Ramona, it was really heartbreaking to watch.

When Phaedra first joined Real Housewives of Atlanta, she was super proud to be married to Apollo Nida. They were all over each other and even had that weird pregnancy photo shoot where they both ate pickles. But their happy marriage fell apart when Apollo got into some major trouble for conspiracy to commit mail, wire, and bank fraud. Apollo is currently in prison, and RHOA fans got to see the demise of his marriage with Phaedra, including that awkward confrontation in their garage that occurred on the day he was supposed to report to prison.

During the first season of Real Housewives of Beverly Hills, Camille Grammer loved being the wife of beloved actor Kelsey Grammer. He wasn't really around much though and eventually it was revealed that he was leaving Camille. Fans had to watch Camille go to the Tonys with her husband, walk the carpet, and do interviews even though he already told her the marriage was over. It was one of the saddest things I've ever seen. In 2015, Camille claimed that the two of them still don't have any direct communication.

This breakup did not actually occur while Brandi was a cast member on RHOBH, but Brandi talked about it so much that I really feel like I was going through this breakup with her. Brandi took every opportunity that she could to talk about her husband Eddie Cibrian and his new relationship with LeAnn Rimes. She even held a viewing party for Eddie and LeAnn's reality show. Even though Eddie never appeared on the show, the nastiness of the breakup definitely played out in front of the reality show cameras.

When Tamra and Simon first appeared on Real Housewives of Orange County, they were all over each other and giving other cast members #RelationshipGoals. Then, things got really tense in front of the cameras. Tamra got a tattoo to prove her dedication to her marriage, which is another one of those kiss of death moves to pull in a romantic relationship. After that, Simon and Tamra got into a major fight about Tamra taking Vicki Gunvalson's side in an argument and the marriage was over. He never appeared on RHOC again, but he and Tamra are still in a bitter custody battle over their children, especially her estranged daughter Sidney.

Vicki and Donn made some efforts to save their marriage, but it just wasn't enough. They got their vows renewed (the worst move to ever make on TV), but that didn't help fill up her love tank. It did not seem like the two of them spent any time together with her constantly working or filming RHOC, so it honestly did seem like divorce was inevitable. I just never thought it would get nasty between the two of them.

Real Housewives got a little too real for these women when they were going through their breakups. Sure, it made them vulnerable and more relatable to the viewers, but it has to be tough rewatching all of this, especially since the shows repeat on Bravo all the time.