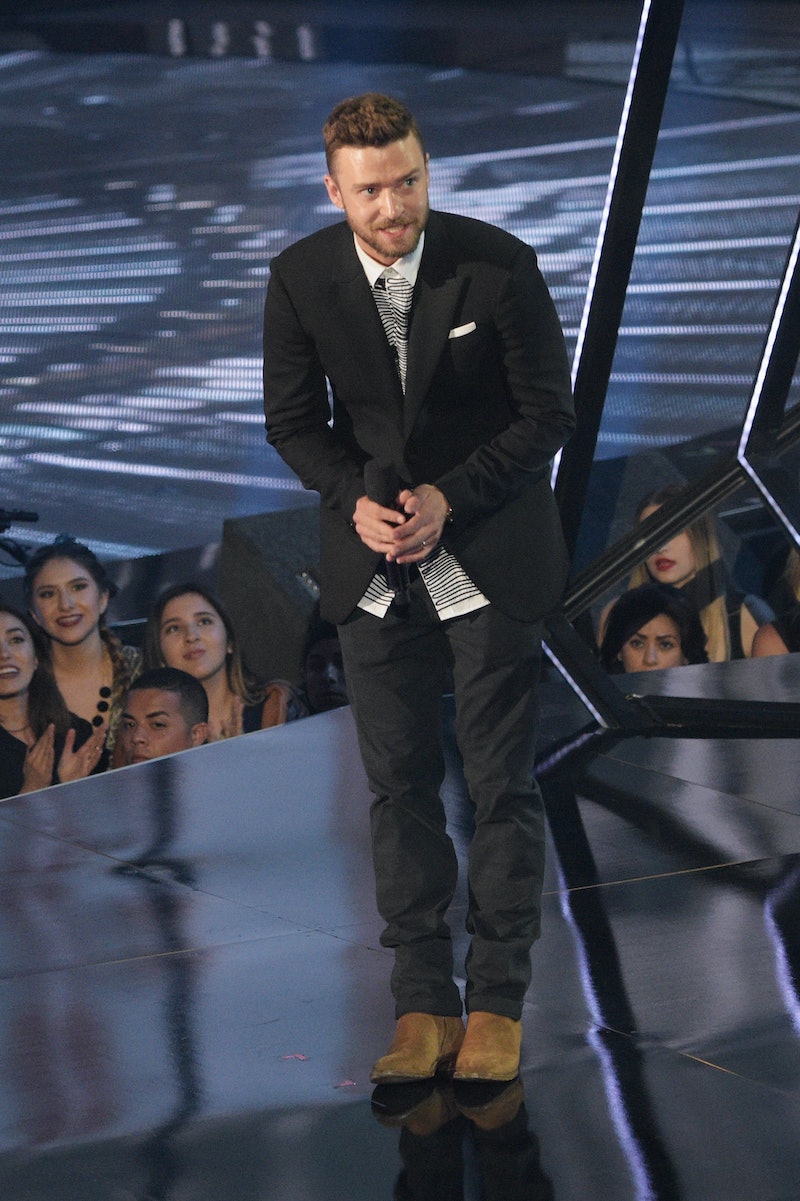 Justin Timberlake is back with the release of his first new single since 2013, "Can't Stop The Feeling." But, as much as fans are loving his new catchy tune, the question of whether or not a full Timberlake album is on it's way is definitely still looming in their minds. Immediately following that thought, the need to see Justin Timberlake himself dance it out on stage is strong. So, will Justin Timberlake be heading out on tour? Let's explore this possibility further.

For one thing, the last time Justin Timberlake headed out on tour was for the 20/20 Experience World Tour back in 2013 following the release of his last album, The 20/20 Experience. However, prior to his 2013 World Tour, Timberlake has respectively gone out on tour for past albums as well — including his recorded and DVD released FutureSex/LoveShow Tour that he embarked on in 2007. So, if a new album is on it's way from the *NSYNC alum, it can be safe to conclude that yet another performance-driven world tour could be on it's way as well. And, based off of the music video for his new song, perhaps this time around he could bring some celebrity guests along with him? Either way, that would definitely be a show worth watching.

However, there are some other factors in Justin Timberlake's life that need to be taken into consideration when it comes to touring. For example, within the past three years that Timberlake hasn't been releasing new music, he was keeping up his marriage to actress Jessica Biel and busy becoming a loving father to their son, Silas. Career-wise, acting has become the multi-talented artist's new wheelhouse, with roles in films including Inside Llewlyn Davis, Runner Runner, and his upcoming voiceover work in the film Trolls. So there's no denying that his schedule is as packed as can be. In fact, JT is so busy with other things that, as of right now, his official website doesn't even have any performances scheduled. Not even a performance scheduled for just one single night, despite the fact that Timberlake is, in fact, working on new music.

If he's still the Timberlake we know and love, I personally don't see him turning down the chance to perform for his fans around the world. Especially since his award show appearances are just as strong as ever. For the time-being, I'm just going to have to continuously refresh JT's social media accounts until he leaks some touring information. I am so ready to jam out to his new music live, and there is no way I am missing that opportunity.