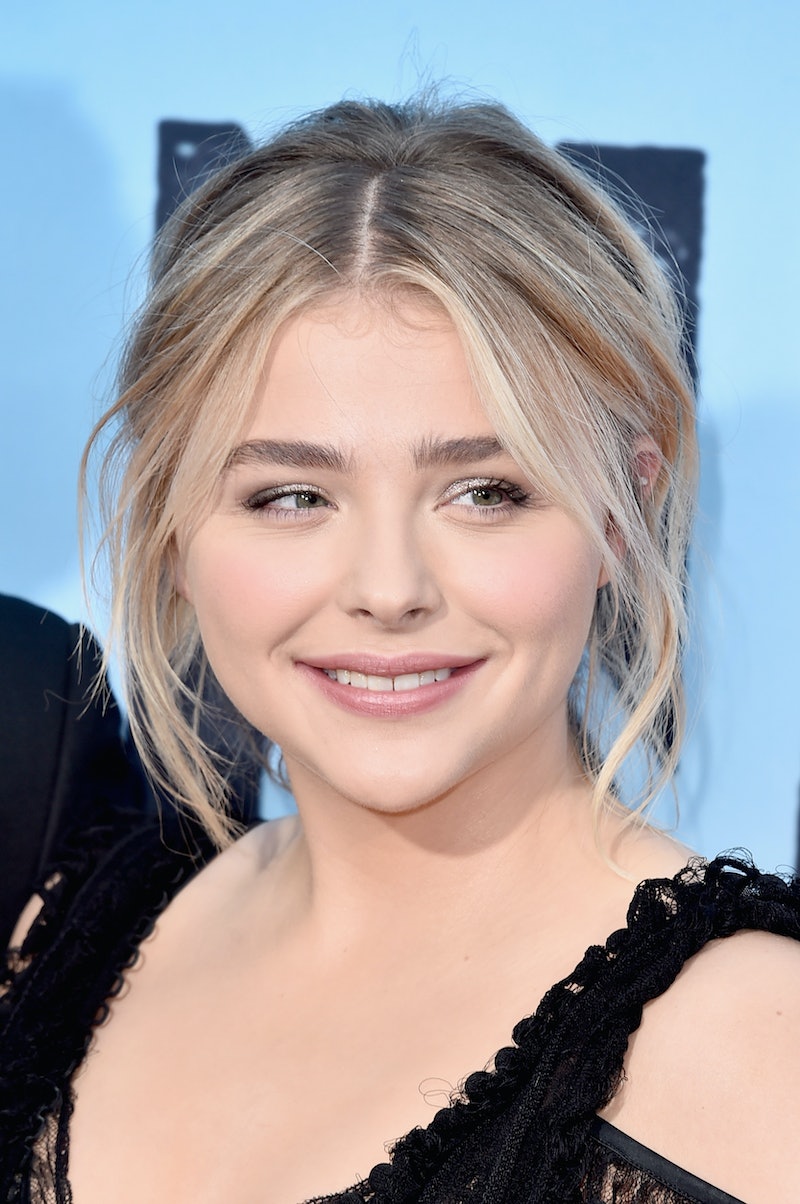 Feminism is an important issue for 19-year-old actor Chloë Grace Moretz. Though she's tried to take on a variety of roles throughout her career, it's difficult, she says, to avoid the way Hollywood, and society in general, try to sort people into boxes or attach labels. Being a feminist comes with an entire set of assumptions, but Moretz has eloquently asserted her thoughts over the years. She's declared herself "a feminist since birth," and thinks feminism "is about strong women being who they want to be and fighting for equality on all accounts. It’s not about men being demolished to bring women higher up in the world."

Recently, while promoting her upcoming film, Neighbors 2, Moretz elaborated on the subject. "I feel feminism has become kind of misconstrued within the last few years," Moretz tells Bustle, "Because, we went from so much oppression against women [to] so much expression and so much freedom. Now we're kind of at this strange plateau where I feel we're being viewed on such high levels. And I feel like it's so black and white in the sense that you're either the Betty Crocker home cook like you're at home with your husband and kids every day or you're a CEO, badass woman in power."

Thankfully, Moretz is starring in a new film that allows her to reject the idea that women need to fit into certain molds. In Neighbors 2 , the sequel to the 2014 Seth Rogan and Zac Efron comedy, Moretz plays Shelby, a college freshman who attends sorority rush week only to find that she's not so sure she wants to conform to what the sororities require of her. While the film's official story line revolves around a bawdy competition between Shelby's sorority and Rogan and Rose Byrne's married couple next door, it also highlights the reality that women are just as entitled to their own mistakes as young men.

"We haven't seen a movie like this in the sense of showing young women that totally mess up too. We are just figuring out everything [like] our sexuality, our education, what we truly believe in our political ideas. But we're figuring out just as much as boys are and it doesn't have to be eloquent to me. We don't have to go through it in a nice, beautiful, pretty way. I think that's what's cool about this movie," Moretz says.

The girls of Shelby's alternative sorority are definitely empowered but they also make their own mistakes. "They don't always go about making things happen in the right way," Moretz says.

Not only that but, according to Moretz, the team behind Neighbors 2 went for more authenticity with regards to how young women speak and what they talk about. "The cool thing is that like Nick (Stoller) and [his team] didn't push anything on us. They pretty much allowed us to write our own scenes," Moretz says. "We had these two female writers around the whole time and we would all sit at these big tables and we would just pow wow. We would talk about virginity as girls. Like, 'Oh my god does your mom know? What did you tell your sister? Did you tell your sister?' Those are the questions that we ask, the same way that guys talk."

Those conversations, of course, included subjects that may be uncomfortable for males of the species. "They never tried to push us to make it be more tolerable for young men," Moretz explains. "They let us save the line, which I am proud of, which was in the tampon scene." The sorority sisters torment the Radnors by throwing used tampons through their windows. Efron's character Teddy thinks it's just a prank; that those tampons have been reddened by Kool-Aid or another scheme. But no, Shelby assures him, they've really been used. "I straight up say, 'No, that was our uterine wall. It sheds every month.' Which is such an aggressive thing, but it's funny. Because that's something we learned about at a very young age and we thought about all the time. But it's something you don't hear. The dudes just can't handle it. And it's funny to see that in comedy."

Comedy is something Mortez is gravitating towards more and more these days. "I think there's such an opportunity to speak to our generation through comedy." She notes Broad City and Chelsea Handler's Netflix show as featuring female comedians who are addressing pertinent topics. "She deals with such huge issues, but you're cracking up the entire time. "You're going, 'my god why am I so affected by what I'm watching right now?' I really think it's underused I think we could we could really use comedy as a catalyst to portray a lot of very interesting messages to young people."

Which must mean that Moretz is interested in pursuing more comedic roles, right? Absolutely, she says, but not before tackling The Little Mermaid, which Moretz says, "has been a dream of mine since I was a kid. Anything that gives me the opportunity to do something a little more modern and do something that young women can look up to, and also love from our childhood."