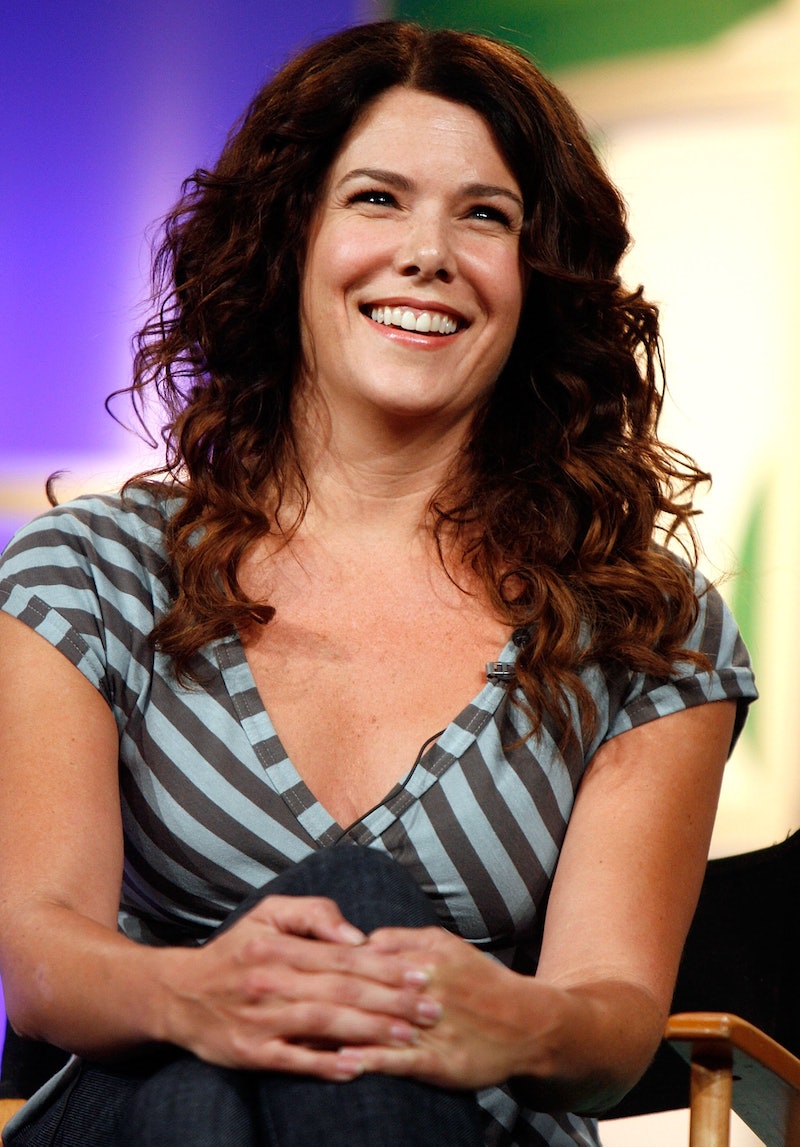 Nine years have come and gone since we bid “Bon Voyage” to our friends in Stars Hollow. After all that time of waiting, wishing, and wondering, the Netflix gods shined down, the stars aligned and the Gilmore Girls revival was born. Knowing that we get four more episodes of this beloved show (I'm still pinching myself) has sent the Gilmore-loving world into a frenzy. Prior to Netflix confirming plans for a revival, the question of a revival constantly loomed over series creator, Amy Sherman-Palladino, and the cast. Where they lead, it followed. But before it all became real, Lauren Graham actually predicted the Gilmore Girls revival herself.

Being the hardcore fan that I am, I stumbled across a Broadway.com interview shot back during Graham’s post-Gilmore stint on Broadway. Keep in mind: this was before Netflix started producing original content and way before Gilmore Girls: A Year in the Life — as it is officially titled — had even become AS-P’s brainchild. Graham was asked the inevitable question asked of any and all people who starred on beloved TV shows in the late '90s or early '00s: “Will there be a Gilmore Girls reunion?” Our leading lady answered with wit and sarcasm in true Lorelai Gilmore fashion (I would expect nothing less), but little did Graham know that she would eventually reprise her role as the most iconic single mom in the history of television.

Back in 2009, Lauren blessed fans with these “predictions” about what a Gilmore Girls reunion might look like, if the TV gods ever blessed us with one. She didn't get it all right, but I can't fault her for it.

Graham may have laughed it off back then, but if the revival premieres on schedule at the end of this year, it will be just a few months away from the 10 year anniversary since the end of the series' original run in 2007. Funny how that worked out.

When it came to the possibility of a reunion, Graham was worried they weren't there yet. But fans never gave up hope.

3. Wrong: She Worried About Them Aging Gracefully

As anyone could have predicted, the Girls haven't changed a bit. Almost eerily so.

Stars Hollow's power couple may be nearing 50, but by the looks of things, these two lovebirds may actually finally get it together.

5. Wrong: No One Would Want To See It

Never doubt the Gilmore fandom. Asking a Gilmore Girls fan if they would want to see a reunion is like asking Lorelai if she wants five cups of coffee.

A truer statement has never been spoken. I guess she just felt the need to state the obvious.

You may not have been right, Lauren, but I'm going to go ahead and give you the credit for putting the idea of a Gilmore revival out into the universe. And for the record:

You can watch the full Lauren Graham interview from 2009 over on Broadway.com.