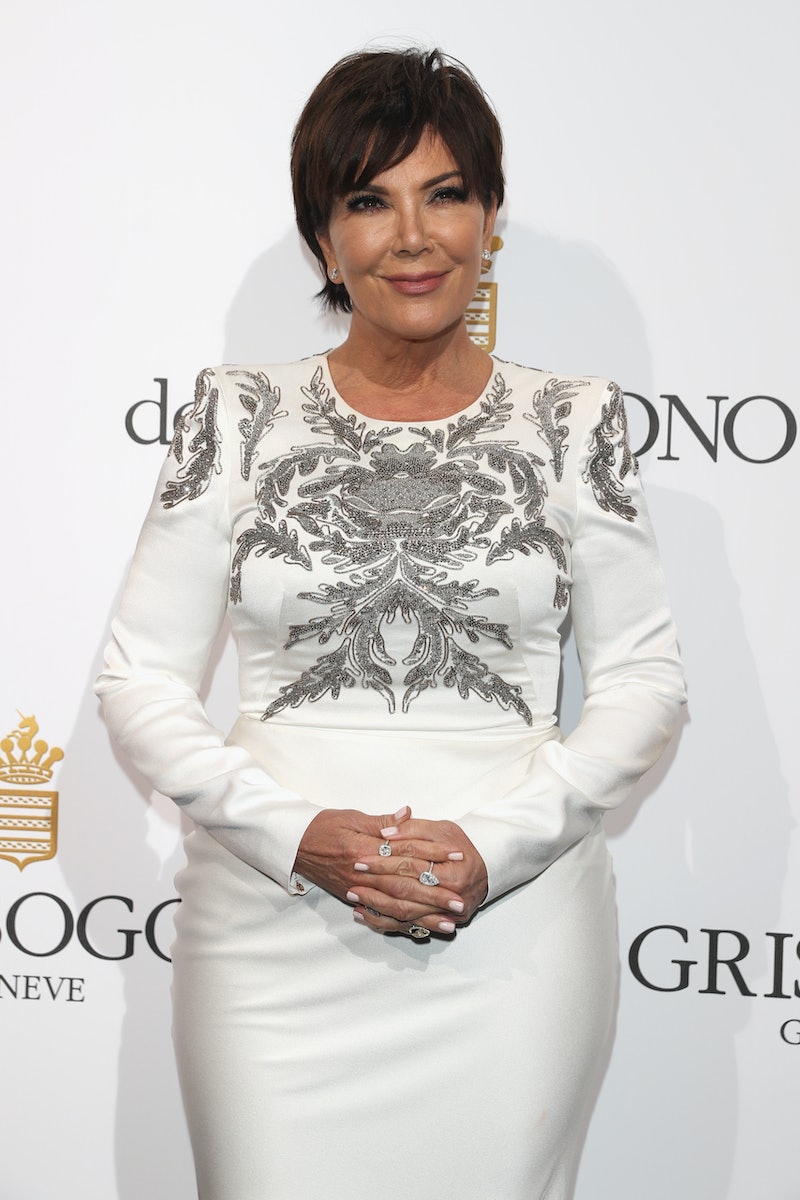 Thanks to Snapchat, fans can live through Kim Kardashian's pregnancy scare or watch Kylie Jenner test out new Lip Kit colors. Kourtney Kardashian and Scott Disick can reignite relationship rumors, meanwhile Kendall Jenner shows a day in the life of a supermodel. Even the previously shy Rob Kardashian makes the most of Snap. So, what about their famous momager — is Kris Jenner on Snapchat? Nope, she doesn't have her own username. But before you get too disappointed, you don't have to look too far to find her on the app. That's because she's constantly making cameos in her kids' posts. And considering she has quite a few offspring, that means she pops up on Snapchat frequently.

At the rate that Kris appears in her kids' posts, she's practically a Snap star in the making. She doesn't even need her own account to make the most of the app. Just like the rest of the Kardashian-Jenner crew, she's tested out the face-swapping feature with hilarious results. She's been the subject of Kim's jokes. Oh, and she's accidentally gotten drunk at a wine tasting that Kourt caught on tape.

Honestly, I'm kind of glad Kris does not have a Snapchat, solely because it'd take the magic out of all her unexpected cameos. Here's a round-up of KJ's best moments on the app.

Wow, these two totally look more alike than I ever realized.

OK, +1 to Kim K for this Lemonade reference.

Because everybody knows the best part of Snapchat is the filters.

Usually moms embarrass their kids. In this instance, the opposite happened.

Because even if Kris isn't on Snapchat, Kylie still thinks she deserves the "Coolest Mom Award." So that's gotta count for something.

Since she's busy taking care of her family and managing their careers, I doubt Kris would even have time to run her own Snapchat account. But luckily, her kids have it covered. Keep the cameos coming!