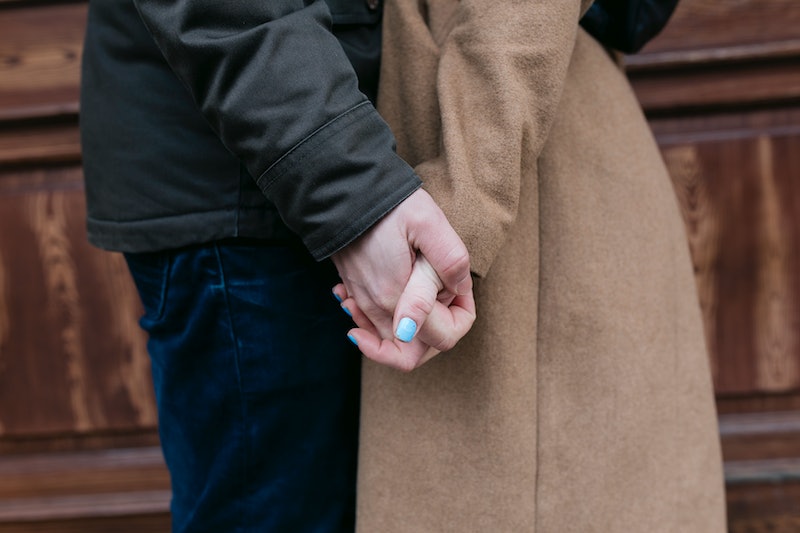 Willie B. Thomas/DigitalVision/Getty Images
By Suzannah Weiss
May 24, 2016

As someone who's pretty open with the people I date about how important feminism is to me, I've ended up dating quite a few people who say they're feminists. Some actually are, but unfortunately, many aren't. The signs your partner claims to be feminist, but isn't can be hard to spot, since faux feminists usually appear feminist on the surface. But after a while, it can become clear that they view feminism as more of an image-booster than an actual belief system.

Though the label "feminist" is still often stigmatized, it's considered a positive in some circles, which has led more people to identify that way. On the one hand, this is a good thing because it's making feminism more acceptable in the mainstream. On the other hand, it also means the word has lost its meaning somewhat. As Andi Zeisler points out in the book We Were Feminists Once , feminism is now frequently used to sell products. And as Lane Moore's Male Feminists of Tinder blog shows, people can also use it to sell themselves.

Although my experience has been with dating men, these signs that your self-identified feminist partner may be using feminism as more of a label than a way of life can apply to anyone, no matter how they identify. Also worth noting is that none of this is meant to imply that some feminists are "bad" feminists; obviously, that's not the case. Proverbially speaking, though, there's a difference between talking the talk and walking the walk, and feminism requires both. It's more than just a title to stick to yourself in order to impress someone else.

1. They're Cool With Feminists... Just Not Those Feminists

I once had a partner complain about how Tumblr was taken over by feminists. Since he knew that I myself was one, he clarified, "No, I mean extreme feminists." I'm not sure what he meant by this. Is there such thing as a feminist who's too extreme? I guess, if they're calling for the arrest of sexists or something. But that's usually not what people mean when they complain about feminism getting too extreme. They usually just mean that the complete dissolution of the gender binary makes them uncomfortable or that they don't like being called out on their privilege. You can't support feminism and throw shade at it at the same time.

2. They Really Want You To Know That Men Have Problems, Too

Do men struggle with gender roles? Yes, absolutely. Is this related to all of the conversations in which men bring it up? Nope. Sometimes, bringing up toxic masculinity or sexual assault against men is part of a tactic known as derailment, in which a member of a privileged group dismisses a marginalized group's concerns by pointing out that privileged people also have problems or evoking some abstract philosophical concept that is not related to the discussion at hand. As the fantastic video above puts out, you should not tell someone whose house is burning down that people die from drowning, too. You should probably offer them a hose.

3. They Really Want Everyone To Know They're A Feminist

As I mentioned, though feminism has a long way to go to gain mainstream acceptance, there are some non-mainstream circles in which it's considered cool to be one. So, if your partner shouts from the rooftops that they're a feminist (or puts it on their online dating profile like the poor soul above), that could be a sign they're using it for street cred. This may not necessarily be the case of course; however, it's worth noting that sometimes, the behavior is indicative of a need for affirmation. The trouble is, you don't deserve a gold star for not being sexist — not being sexist is a base requirement for being a decent human being.

Another sign someone might be using feminism to get in with the people they date is that they don't seem to care about any group other than women — or they only seem to care about specific subgroups of women, like straight, white, cisgender women. An intersectional feminist understands that the effects of misogyny are even worse for LGBT women, women of color, women with disabilities, and other marginalized groups. They think about the intersection of these many different systems of oppression because they're making an effort to be inclusive, not just paying lip service to the movement.

5. Their Actions Contradict Their Words

The best barometer of someone's feminism is not what they say but how they treat you and other people (although, of course, that treatment can include what they say, too). If somebody is all about combatting rape culture but doesn't practice affirmative consent with you, they're rejecting the easiest possible way they could work toward the world they allegedly want. While many feminist issues are large and abstract, one of the most manageable ways we can further it is in our own relationships. If someone can't even be bothered to do that, they may not care as much about feminism as they say.

More like this
The Best Time To Date After A Breakup, According To Experts
By Bustle Editors
What Is The Forest Personality Test? The TikTok Trend, Explained
By Georgina Lawton
The Top Mistakes Scorpios Make In Relationships (& How To Avoid Them)
By Nina Kahn
Beyoncé & Madonna’s “Break My Soul” Remix Honors A Group Of Black Icons
By Stephanie Topacio Long
Get Even More From Bustle — Sign Up For The Newsletter