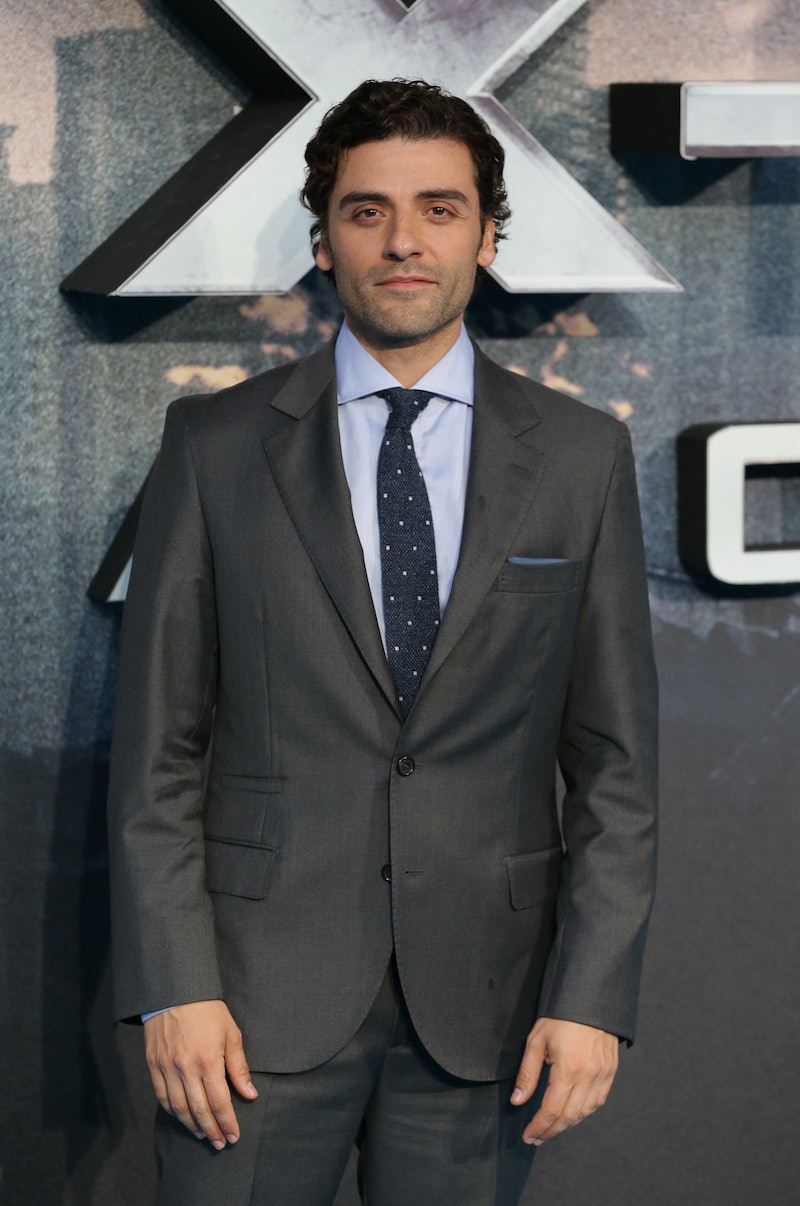 Oscar Isaac was pretty much the breakout star of 2015. The handsome and charismatic actor was unrecognizable as the bearded bro billionaire inventor Nathan Bateman in the fantastic sci-fi thriller Ex Machina, and then followed that up with the role of the charming and heroic Poe Dameron in Star Wars: The Force Awakens. Now, the star is kicking off his 2016 with another huge role in the newest X-Men movie, and the performance of Isaac as Apocalypse in X-Men: Apocalypse continues to show that this guy is one of the most talented actors working today.

In the film, Isaac portrays the titular villain, Apocalypse. Also known as En Sabah Nur, Apocalypse was born thousands of years ago in Ancient Egypt. He is the world's oldest and most powerful mutant, and he's essentially immortal. Isaac is both terrifying and mesmerizing in the role, but if I hadn't been told that it was Isaac playing him, then I would have had no idea. For one, the actor is buried under heavy makeup and prosthetics, giving him an otherworldly appearance. His looks are then further altered through the use of CGI overlays, which make him even more unrecognizable. Even Isaac's voice is disguised in the film, thanks to a method that combines several takes of his lines together, giving his vocals a deep and foreboding resonance.

But fans of the actor know this is hardly the first time he's transformed himself for a role. Here are some of the other occasions where Isaac has proven himself to be a human chameleon.

Even early in his career, the Guatemalan-born actor was showing off his considerable talent, becoming the Biblical Joseph in this 2006 film.

From Jesus' stepfather to a longhaired CIA operative in Iraq, Isaac starred opposite Leonardo DiCaprio and Russell Crowe in this 2008 thriller.

In this historical drama, Isaac portrays Orestes, who was the Roman Governor of Egypt in the 5th Century.

From Roman Prefect to English Royalty, Isaac can do it all, as he proved by playing King John in this 2010 interpretation of the classic legend.

Isaac goes full-on villain — pencil mustache and all — for this 2011 videogame-like action flick.

Cat-sitting, struggling 1960s folk musician? Check. This 2013 performance earned Isaac a Golden Globe nomination, and he was also able to show off his real-life musical talents.

It still blows my mind that this transcendent performance hit theaters the same year as Poe Dameron. Seriously, how is this the same guy?!

A mustachioed Isaac won a Golden Globe for playing real-life politician Nick Wasicsko in this HBO mini-series in 2015.

Apocalypse is not only the latest, but possibly the greatest transformation yet by Isaac. Frankly, I can wait to see what type of crazy role the gifted actor takes on next.