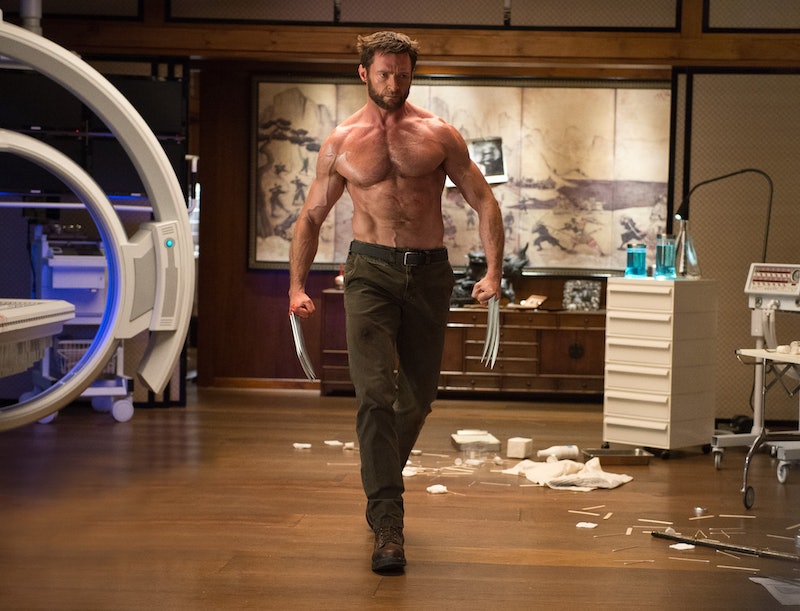 By now, most fans already know that Wolverine does make a cameo in X-Men: Apocalypse. Unlike his appearance in X-Men: Days of Future Past, this time Wolverine doesn't really play a huge part in the plot, nor does he show up to alter the timeline and re-write the future. In the film, when the reboot X-Men cast crosses paths with Wolverine, it's the Wolverine from their time — or the '80s, to be more specific. Long story short, Jean Grey, Scott Summers and Nightcrawler use Wolverine as a distraction while trying to free Mystique, Hank, Moira MacTaggert, and Quicksilver from Major Stryker's base. When they first sneak onto the base, they hide in a room nest to what appears to be a giant enclosure housing some kind of beast. When they open it to distract the guards, a very violent, very deadly Wolverine jumps out. But wait, why was Wolverine being held captive?!

Well, because he's incredibly dangerous. When the new X-Men kids let Wolverine out, they're actually letting Weapon X loose. And by that, I mean they let out a Wolverine that is currently being used as a government weapon. Wolverine's role in the Weapon X program has been explored before in previous X-Men films, and is well known in the comics. In Apocalypse, Wolverine is being held captive as a part of Weapon X, though it doesn't look like Major Stryker is having the best luck using him as a weapon, given how wild and out of control Wolverine appears in his cameo.

Other than providing Scott and Jean with a way to save the other X-Men, Wolverine's captivity in Apocalypse sets up future Wolverine movies perfectly. When he is released, he is nothing more than a killing machine, slashing bodies left and right regardless of his status as a government weapon. To stop him from killing her friends, Jean stops him after he's taken out most of the guards and looks into his mind. After using her abilities to restore what few memories she could find in Wolverine's mind, she lets him go, and he runs off into the woods without harming anyone else. This interaction with Jean does two things: it sets up Wolverine and Jean's possible relationship in future films (as seen in the X-Men trilogy of the early 2000s), and also sets up a brand new origin story for Wolverine.

Wolverine escaping from the captivity of Weapon X in X-Men: Apocalypse could seriously inform the next Wolverine film, not to mention other future X-Men movies. Wolverine's story has always been that of a man trying to find his place, his identity, and his captivity in Apocalypse pushes him towards that journey pretty explicitly.

A third Wolverine movie is officially in the works, but details on the plot have not yet been released. Whether or not the next Wolverine film will take place after the events of Apocalypse remains to be seen. And, though Hugh Jackman has hinted that it would be his last outing as Wolverine, nothing is ever set in stone, so even if Wolverine 3 doesn't follow up on Wolverine's post-Weapon X life, that doesn't mean we'll never see it on-screen.