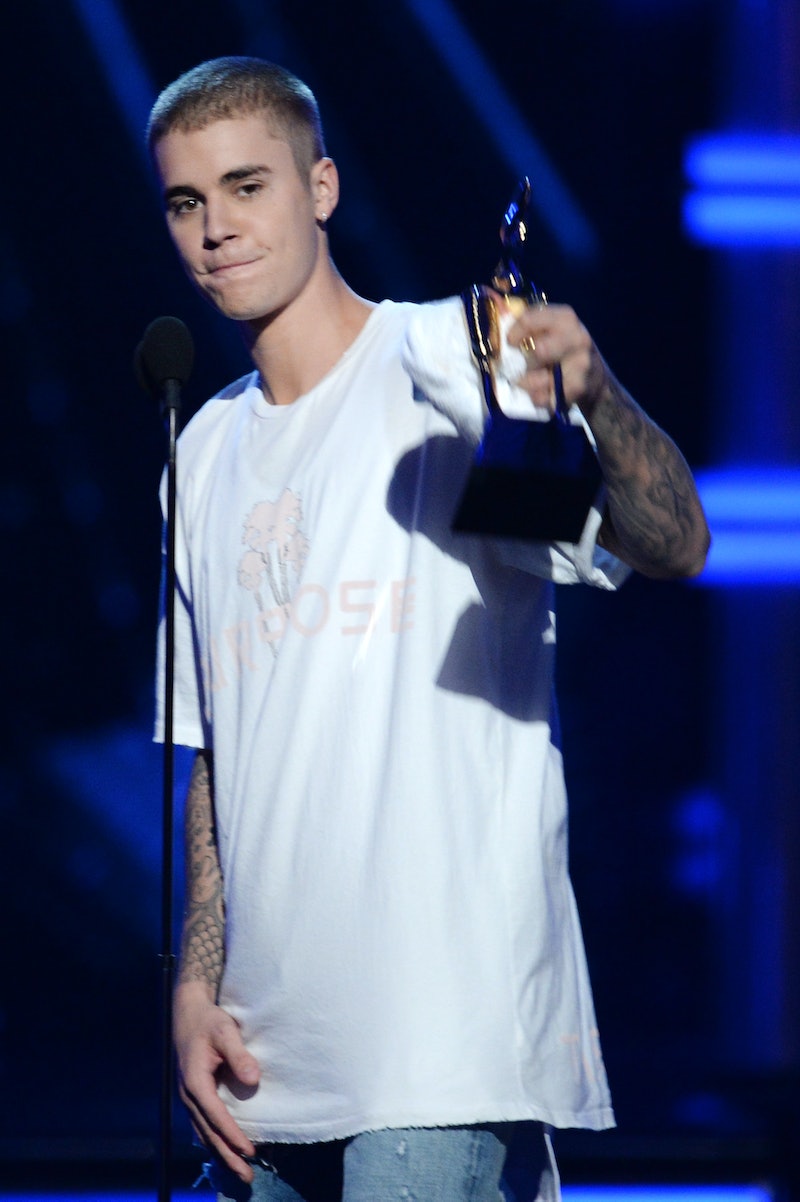 The comedic trio of Andy Samberg, Jorma Taccone, and Akiva Schaffer — known collectively as The Lonely Island — have released a new film, and it's a doozie. Popstar: Never Stop Never Stopping is a mockumentary that sets out to lampoon our culture's obsession with pop stars, as well as the stars themselves. And all one has to do is glance at Samberg's character, Conner4Real, with his wardrobe, his followers, and his oblivious, cocksure attitude to assume that the character is heavily influenced by Justin Bieber. But what does Bieber think of Popstar ?

Whatever he thinks of the film, it's a mystery at this point (Bustle has reached out for comment from Bieber's reps, but has yet to hear back). Bieber hasn't publicly commented on the movie one way or another, so it remains to be seen how he'll react to it. He does have a history with The Lonely Island, however, so that could also factor into his feelings. The musician appeared alongside Taccone and Samberg, standing in for Schaffer, in the crew's 100th "Digital Short" on Saturday Night Live back in 2012. He also appeared in a non-musical "Digital Short" with Samberg in 2011; a parody trailer of the movie, The Roommate. 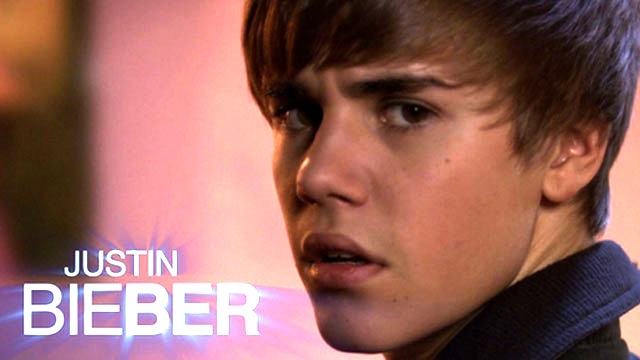 Yet despite appearances (and the title of the film, which parodies Bieber's concert film, Never Say Never), The Lonely Island insist that Bieber was not the lone inspiration for Popstar: Never Stop Never Stopping, and the film is not parodying him. "There's a few direct Bieber references because we obviously watched his documentaries along with all the other ones," the group told E! News. "I think because of the title, and because the two Bieber references ended up in the trailer, it seems a little more Bieber heavy than it is. We're friends of Bieber, we're fans of Bieber." They also explain that everyone from Katy Perry to Drake to Alicia Keys all lent some inspiration to the film.

Also, in an interview with Margy Rochlin of The New York Times, the comedians explain why Bieber was not able to cameo in the film. "We reached out and asked if he wanted to do an interview," Taccone says. "In his defense, he was probably just busy. We’ve worked with him twice before. He was in the 100th 'Digital Short' for us. We have a very nice relationship with him." The Times then ran the story with the headline, "Justin Bieber, They're Coming For You," which caused the group to respond on Twitter in a series of tweets.

So given Bieber's history with The Lonely Island, along with the fact that The Lonely Island themselves have gone out of their way to say that the movie is not poking fun at Bieber and that they like and respect him, I think it's unlikely that he'll be too offended by Popstar. Especially given that the movie really does make fun of basically every big name and trend in music today pretty equally, and is not just an exercise in Bieber bashing.

More like this
Kanye West Has The Most Kanye Reaction To Kim Kardashian & Pete Davidson's Split
By Jake Viswanath
Kim Kardashian & Pete Davidson Reportedly Broke Up After Dating For 10 Months
By Grace Wehniainen
Twitter Is At Odds Over Taylor Swift’s Possible ‘All Too Well’ Oscar Run
By Brad Witter
What Is Ben Affleck's Net Worth? At 50, The Oscar Winner Makes 8 Figures Per Film
By Meg Walters
Get Even More From Bustle — Sign Up For The Newsletter