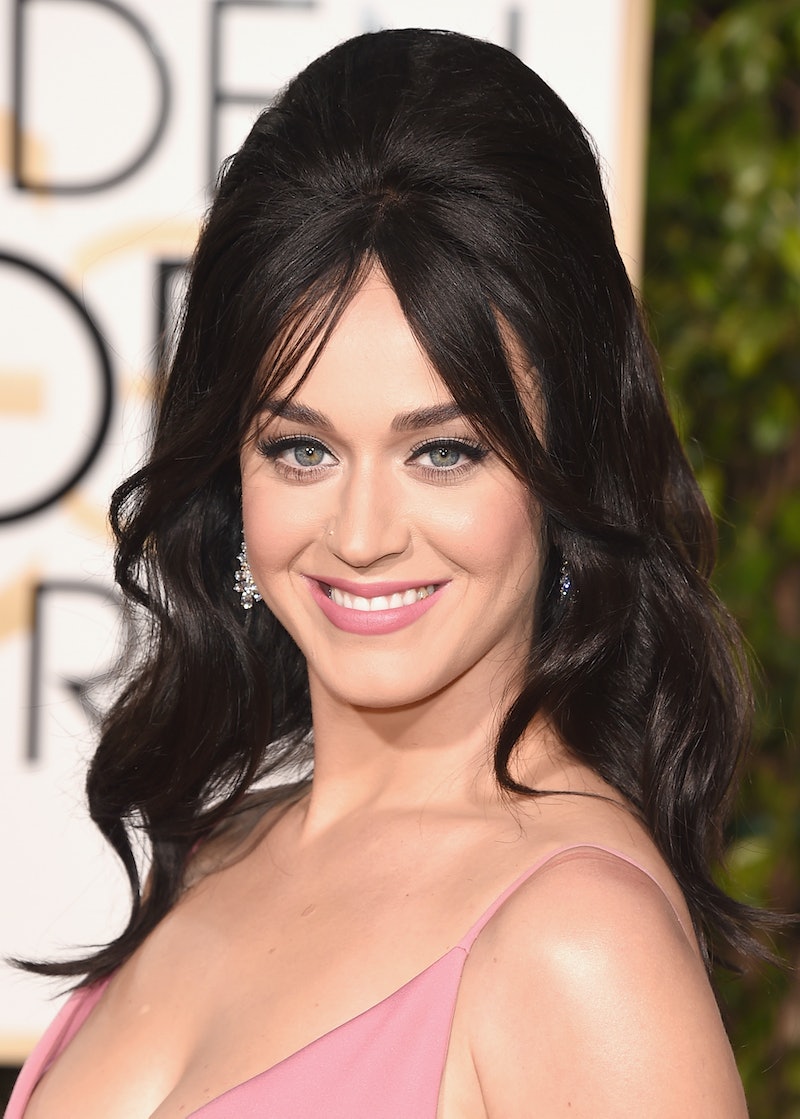 While most of us were busy celebrating Memorial Day weekend, Katy Perry's Twitter account was hacked. Though the tweets have since been taken down, the alleged hacker carried out a posted a number of things (like tweeting out "miss u baby @TaylorSwift13," which is significant considering the infamous Perry/Taylor Swift feud). Though it was but a blip in Katy Perry news in recent months, I do have to say, it leaves me wondering — and I'm sure it leaves fans wondering as well — what's Perry been up to in recent months? And, more specifically, when will the world get to actually hear new music from Katy Perry?

Back in February, Perry told The New York Times that she was in "the research and development phase" when it came to making her fourth solo album as Katy Perry. (Her first album was under the name Katy Hudson in 2001.) "I’ve been going at it for eight or nine years in the spotlight, and then before that there’s that decade of hustle that never gets recognized but still shows up in your wrinkles," she said back then. "So right now I’m taking a little time. I don’t want to jump on any trends. I just need to evolve."

This sounds similar to what Perry said before the release of Prism. Back then, she had made comments that her new album would have her closing the chapter on 2010's Teenage Dream and be "darker" than any of her previous work. In a June 2012 interview with L'Uomo Vogue, Perry stated that her next album "would be a much darker album than the previous one. It was inevitable, after what I went through," meaning her divorce from Russell Brand. That same year she joked while winning Billboard's Woman of the Year "my Saturn has returned, so it'll be ugly." How ugly? In Interview magazine in March of 2012, she said it's “about to get real f*cking dark."

But, it didn't. Prism was as pop driven as Teenage Dream was. It also sent a much more positive message about heartbreak in that Perry seemed ready to move on and uninterested to returning to that dark time. Perry may have wanted to try something new, but at the same time, who could blame her for taking a "if it's not broke, don't fix it" approach to a new album. It's possible though that after going back on her plan for her last album, she's ready to take things in a new direction on her upcoming album.

In this same New York Times piece, Perry talks about her "traditional way" of making albums, which has her on a three year cycle. This would mean 2016 would be right on schedule for a new Perry album. But Perry also says that knowing "exactly where I’ll be in spring of 2018. That can get a little bit like 'Ugh.' I need a little bit more freedom, especially when I’ve been doing it for this long." All of this is to say, Perry is trying something different, which means fans may have to wait a little longer to hear what she's been working on.

But does this mean Perry's music will sound different this time around? That's something she's been less revealing about. She hasn't released any new music since her last album, only making an appearance at the Academy of Country Music Awards for a medley with Dolly Parton. It's unlikely she's going country on her next album, though not entirely impossible.

Perry told the New York Times in February 2016 that she only worried about creating music that is "authentic and vulnerable and making sure that it connects," something she clearly has been doing since 2008's One Of The Boys. "All I want to do is stay true to myself," she told the newspaper, "and dig deep to pull out some of the messages or perspectives that I have on the world."

So will Perry be getting a little more adventurous on her fourth solo album? That's yet to be determined. "To be determined" seems to be the running theme when it comes to Perry's next record. Here's to hoping though that it contains a song about her now Instagram-official relationship with Orlando Bloom?