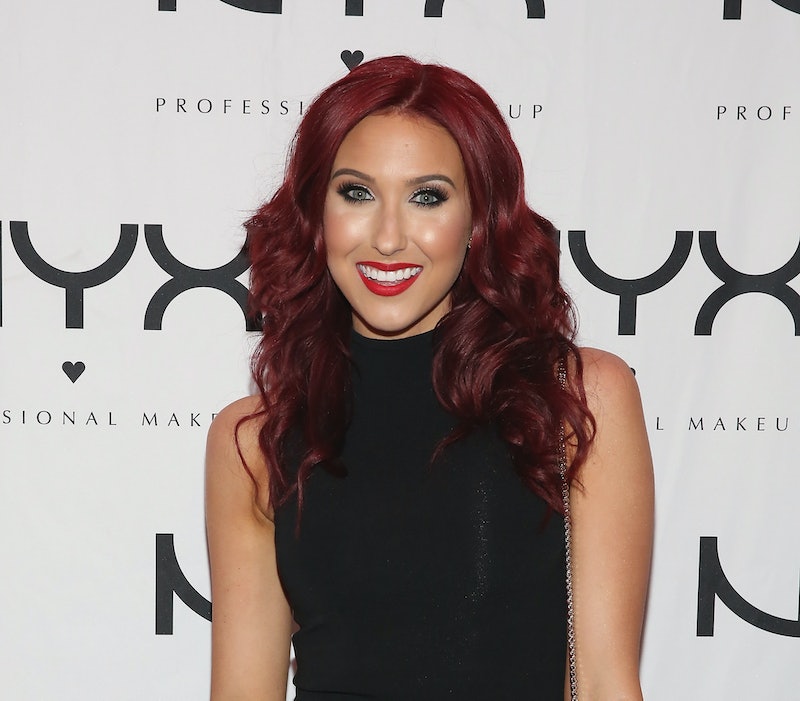 Hill hasn't been shy about letting fans know that she's working on her own line of products. Like previous YouTube gurus before her — here's to you Marlena Stell and Makeup Geek —Hill is expanding her empire. Not only is her fan base undeniably huge — she's got over three million followers on YouTube —but she's also already proved that products she crafts can be incredibly successful and compete with existing brands. That's why I think the Jaclyn Hill's Snapchat swatches are members of her new makeup line.

In the photo posted on Monday evening, Hill's arm is seen nearly completely covered in swatches ranging in what seems to be nude colors to deep shades. Based on the thickness and intense pigmentation, I think we're seeing a first look at a line of lipsticks from Hill.

So why do I think we're getting a glimpse at Hill's? I've got a couple of theories about why these are her lipsticks.

She's Definitely Got Her Own Line

Hill announced that her line is definitely in the works, and it has had fans scrambling to get their hands on it ever since.

Hill's makeup line is set to release early next year so the 2017 date on the Snapchat is right on point for her line's launch.

Hill teased a lippie already on her YouTube channel, so she's clearly got some in the works, and these could just be them.

If you're a member of Hill's #SnapchatFam, you know that she's in LA on a business trip for the next few days. It's hard to deny that the timing is perfect.

Basically, the stars are aligning, and it seems like Jaclyn Hill's Snapchat swatches are a sign of lipsticks to come, and I can't wait.