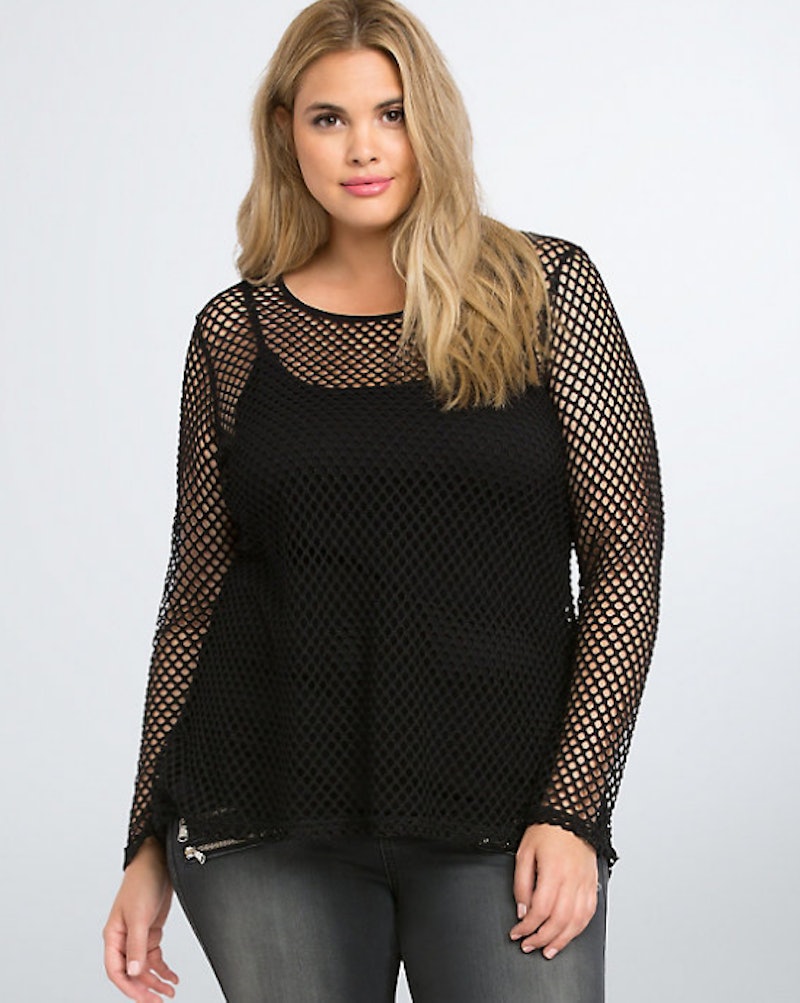 Growing up in the '90s left young women spoiled for choice in regards to awesome and bizarre style. Regardless of whether you and your parent(s) had a relationship like Lorelai and Rory Gilmore, you likely still bickered over the '90s fashion trends you were (or weren't) allowed to wear. Looking back, there were some particularly crazy fashions around, after all.

The only trouble was, when many of us saw all our favorite celebs wearing these kooky looks, we longed to fit in and look like a member of an up and coming girl band. I'm sure most parents wished we could stay their little kids forever, rather than seeing us attempt to resemble high-schoolers when we were only in seventh grade. But we just wanted it all.

Whatever the Spice Girls, Britney Spears, or TLC wore, we just had to rock it, too. The good relationship you may have had with your parent probably flew out the window whenever you wore something they disproved of. But in hindsight, much of the stuff we wanted to wear in the '90s was a little too impractical. So to subdue your inner rebel, here are some trendy fashions to wear now based on what you were never allowed to wear in the '90s. Sorry mom.

Platform shoes were all the rage in the '90s thanks to the Spice Girls, but you can kind of see why your parent wouldn't have wanted their tween running around in such skyscraper-like shoes. Flatforms are the modern reincarnation of platforms and they're a shorter, comfier reboot of the original.

If you had a strict parent, they probably didn't like the thought of any of your skin being on show, even if it was a tiny strip of tummy flesh. Now you can flaunt your midriff any time you please because there are some perks to being a grownup.

Your parent could never give you a good excuse as to why they didn't want you to wear a skirt over your pants, but chances are it was because the look was a little too kooky for their tastes. After all, they'd probably get their ear bitten off by your grandmother, who'd enquire as to why your parental let you leave the house looking so bizarre. The great thing about being an adult is that if you want to look quirky, you can. This pair of shorts with a skirt layer should do the trick.

Your mom wanted you to look angelic 24/7, so tattoo chokers were definitely out the window. Nowadays, you can rock a tattoo choker with a biker jacker to bring out your inner bad girl.

Colorful fishnet tops were worn by all those teenage ravers, so obviously your parent did not approve of this trend. Put a contemporary twist on the '90s look by choosing a darker-colored top made of a mesh fabric, which makes for a stark contrast to the neon fishnet shirts that were popular in our youth.

Spaghetti strap dresses were chic and only the coolest '90s girls wore them. Of course, as per usual, your parent decided to rain on your sartorial parade when it came to these dresses that often featured a deep neckline.

If you were an older kid in the '90s, you may have been super into the grunge scene and you might have classed a pair of Dr. Martens as a wardrobe essential. Your parent, however, did not feel the same way. So stomp all your teen angst out now in a pair of classic Dr. Martens.

Instead of wearing a literal bandana as a legit top, go for a more modern style in the form of a bandana print shirt. This will be one garment your parent might actually prefer to the original.

You always wanted a pair of light-up sneakers, but since your parents wouldn't buy you any, you knew you had zero chance of landing some light-up heels.

Everyone who mattered had a pair of Steve Madden sandals. Your mom didn't think those awesome Steve Madden kicks were functional footwear, so she refused to fork out for them. Now you have your own money and the freedom to buy whatever you desire — amen!

Back in the 1990s, your parents likely believed denim mini skirts were way too mature for you, but today they likely make you feel adventurous. It doesn't make much sense, but not a lot in this world does.

You're a grown-ass woman now and you answer to no one! So get rocking those flatforms and make your inner '90s kid happy.