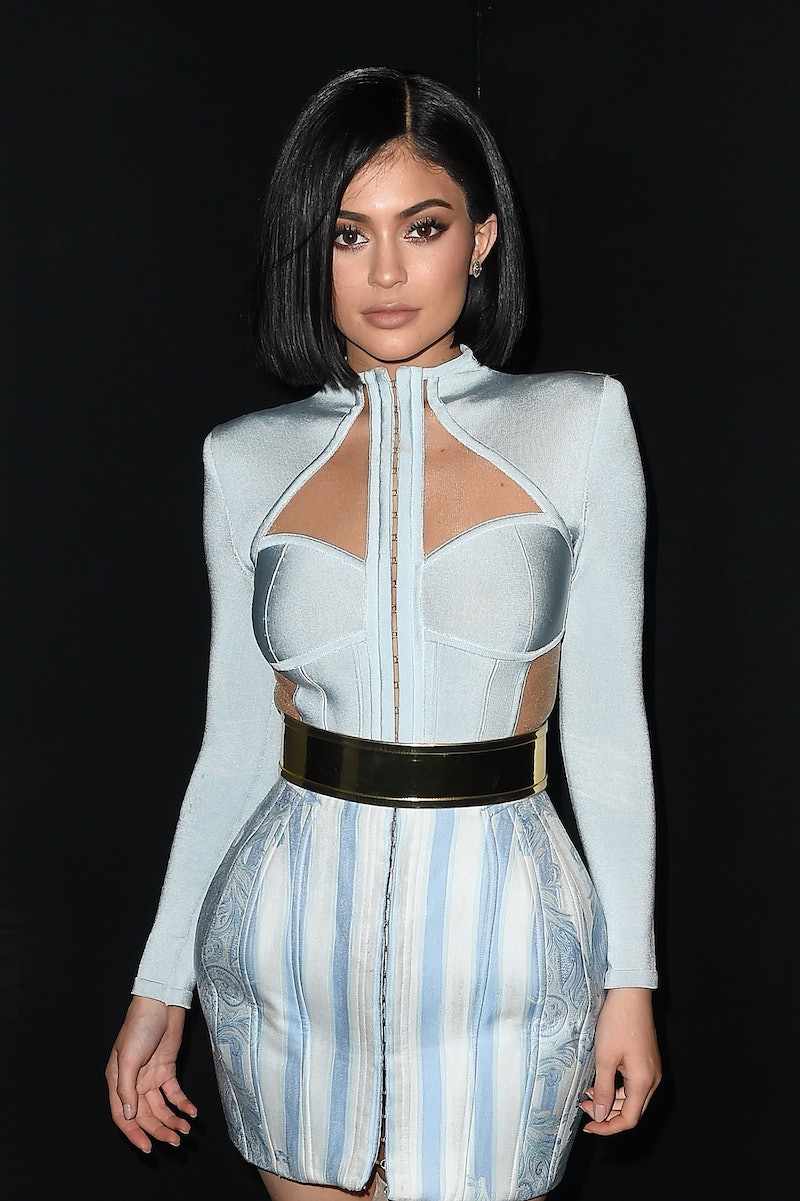 After Kylie Jenner added Gloss and Metal Matte lippies to her range, people thought that might mean the end for the mattes, but the newest color proves that's not the case. The Dead Of Knight Kylie Lip Kit launch shows that she's anything but finished with her original creations. There has been some confusion about her two new dark-lipped launches, since they're a tad bit similar in shade, but rest assured that they are very different.

You might be wondering if the Dead Of Knight Lip Kit comes with a liner, and you'll be happy to know that Jenner has got you covered.

When Jenner asked fans what lipstick they'd like to see next from Kylie Cosmetics, people voted for a black shade in large numbers. The demand was so high that Jenner actually created two black lipsticks — one a matte and another a metallic — to keep her fans happy. The most recent of the two is Dead Of Knight. It's a black matte Lip Kit, which means it does indeed come with a liner. The other color, KyMajesty, is a Metal Matte.

What does that mean for you? Well, if you're looking to get the most bang for your buck, you'll invest in the Lip Kit. Just like all the other packs, you'll be getting a liquid lipstick and a liner all for one price. Considering her liners have such great reviews, this seems like the best deal to me.

If you're looking to get your hands on the kit, get ready. The first round of dark-lipped launches will be on June 10. There's no telling how fast the unconventional hue will sell out. Since the demand for the color was so high, I'm guessing it'll be quick.

According to the Kylie Cosmetics Instagram post, this Lip Kit will be coming out before KyMajesty. That means if you miss out on the matte black hue, there's always a chance to get the metallic black instead at a later date. Unfortunately that would mean going without a liner though, since the mattes are the only formulas that come in a set.

Regardless of which one you choose, either is gorgeous. I love to see Jenner getting away from her typical nude colors. With this out there, you never know what she'll create next!