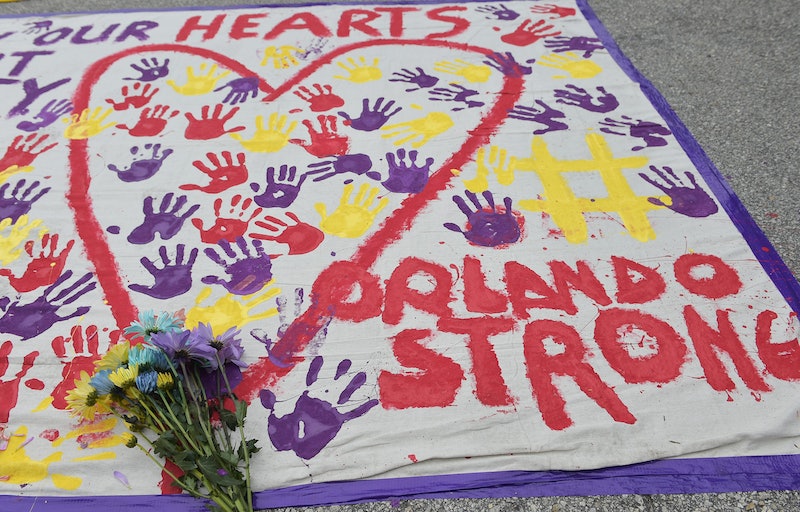 Earlier: Another victim of the terrible shooting that took place early Sunday morning at Pulse, a gay nightclub in Florida, has been identified. Peter O. Gonzalez-Cruz was an Orlando shooting victim whose death was among the first six to be confirmed by the city of Orlando, which is updating its website with the names and ages of victims as that information becomes available. Gonzalez-Cruz was 22 years old, according to the city's website. He was one of 50 people to lose their lives after a gunman opened fire on June 12 in what is now known to be the deadliest mass shooting in U.S. history.

On Sunday afternoon, the city of Orlando posted a message to its website that it was listing the names of those who died in the shooting once identities had been confirmed, and family members had been notified. "On this very difficult day, we offer heartfelt condolences to today’s victims and their families," it said in its statement. "Our City is working tirelessly to get as much information out to the families so they can begin the grieving process. Please keep the following individuals in your thoughts and prayers. #PrayforOrlando"

Gonzalez-Cruz was one of the first names to be revealed by the city. Others include Edward Sotomayor Jr., Stanley Almodovar III, Luis Omar Ocasio-Capo, Juan Ramon Guerrero, Eric Ivan Ortiz-Rivera, and Luis S. Vielma.

Not much information has been released about the victims other than their names. However, people on Twitter are posting tributes to Gonzalez-Cruz as well as to the other men who are known to have died in this horrific attack:

The outpouring of grief on social media in the aftermath of the attacks has been heartbreaking. In a statement made following the shooting, President Obama confirmed that the FBI was investigating the case as an act of terrorism, and called the attack a "horrific massacre of dozens of innocent people." He urged Americans to keep the victims and their families in their prayers:

Orlando Mayor Buddy Dyer tweeted that there is also a hotline family members can call to find out more information about loved ones.

The city of Orlando will keep the public updated via its website as more details about this case emerge.