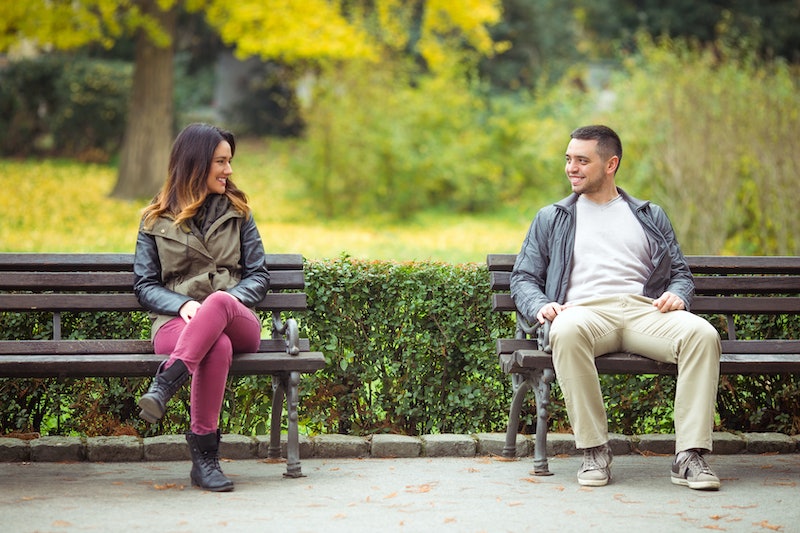 Although some people are natural born flirters, others are not. Unfortunately for me, I happen to fall in the latter group. Unless I’ve had a couple glasses of wine, I'm bad at flirting. I’m literally incapable of it. So much so that in college when I tried to flirt with a guy at a party (who was in the middle of a heated beer pong match) he asked me if there was something wrong me. Well, yes, there was; I just can’t flirt. Even after those couple glasses of wine, it’s quite a feat, to be honest.

But even those who are really great at flirting can’t always pull it off perfectly. Depending on the situation, the person, or the just how you’re feeling that day, your flirting game can be way off. We can’t all be perfect, ideal flirters at all times. I think it just might be a matter of fact.

So since flirting, even for the pros, doesn’t always run that smoothly, I think we can all agree that we can run into roadblocks and suddenly you have one hell of an awkward situation on your hands. Here are seven awkward things everyone does while flirting, so no, you’re not alone.

1. Laughing Too Much Or Too Loud

When you flirt, eye contact is great. But it’s when your eye contact is way too long that things can become awkward for both of you really fast. It’s no longer a look of interest or intrigue, but a look that can straight-up creep people out.

3. Making Not Enough Eye Contact And Looking All Around (Or Down)

When it comes to eye contact, you need to find a happy medium. While you want to hold their gaze and look into their eyes, you don’t want to be creepy about it. On the flip side, is not making any eye contact and just looking down or shifting your eyes too much. Not only does it make you feel awkward, but the person you’ll be flirting with, too. They’ll think you’re looking for someone better or that what they have to say is boring.

When you’re trying to flirt, you’re usually also trying to be witty and fun… which can make you stumble over your words and any ability to make coherent sentences is long gone. Then you feel like you can’t speak properly and an attempt at wit is long gone. So you blush, get even more awkward, and sometimes even hang your head in shame.

5. Responding To Everything With ‘That’s Cool’ Or Some Other Generic Response

When I’m at a loss of what to say, I always respond with “that’s cool.” Seriously; no matter what people say. Since I’m so bad at flirting and always feel awkward doing it, I could be asked about my weekend plans and I’ll say “that’s cool," just out of habit. While not everyone may say “that’s cool” when it’s completely unnecessary, I think we all have our go-to responses that you use just to have something to say — even if it doesn't make sense.

People love compliments. They really do! But sometimes when you’re flirting, you find yourself grasping at straws to either make conversation or pay them a compliment and suddenly you find yourself saying, “One of your eyebrows is bigger than the other, huh?” It may be true, but it’s not an observation one should make —not just because it’s pointless, but sort of rude.

7. Being Too Touchy Feely

Although flirting might require a level of touchy feely behavior, it’s not always the best method of attack for some people, especially if you want your flirting to make an impact. I, for one, have this horrible habit of touching people’s legs who are sitting next to me — man or woman — when I have something that I deem exciting to say. It’s just a habit.

But the problem with this that it can make for an awkward moment between the person I’m flirting with and me, because it’s often misinterpreted… then I’m forced to realize I might be coming on too strong, when in reality I just want them to pay attention to whatever super fascinating tale I have to tell. I think those of us who have that same habit have all been there.