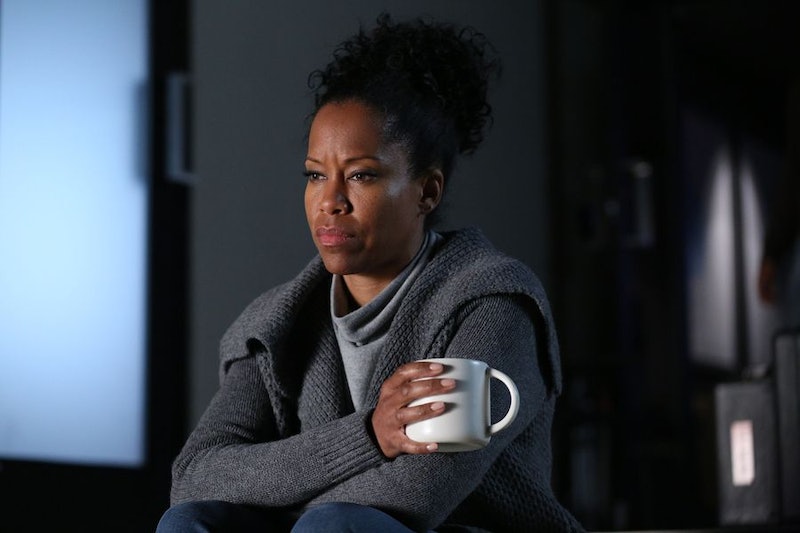 Part of the fun of an anthology series is finding out what the next season is going to be about. Since each year of the show acts as its own self-contained story, there's no telling what's coming next. Such is the case with ABC's anthology series American Crime , which has earned acclaim and awards nominations for its tackling of sensitive subjects like race, class, education, and sexual orientation. So what's next for the show after moving from urban California to suburban Illinois? What will American Crime Season 3 be about?

We finally have our first hints, courtesy of Deadline. In a statement made to the publication, creator John Ridley (the Oscar-winning screenwriter of 12 Years A Slave) teased that Season 3 would tell "a story that deals with labor issues, economic divides and individual rights in this season’s setting of North Carolina."

Ridley also confirmed that American Crime veteran Regina King would be returning for a third round, "We could not be more excited to welcome Regina back," he said. "She is among the talent who have quickly become intimately associated with the program. As with the first two seasons, her many fans can expect a total transformation." Deadline went on to state that, while not officially confirmed yet, King's co-stars Felicity Huffman and Timothy Hutton are also "expected to return in new roles."

Admittedly, Ridley's statement doesn't really give away the plot of Season 3 so much as tease its themes — but the scant information that he does provide is very interesting. Obviously we can assume that the upcoming iteration of the show won't concern itself with a murder or a rape; with a catch-all title like American Crime, you can bet the show won't be repeating itself anytime soon.

Given that "labor issues" was the first detail that Ridley divulged, it's probably safe to bet that the season's titular crime will in some way involve the workforce. Perhaps a strike of some sort? Or a wrongful termination suit? The latter seems likely, given the choice of setting. The state of North Carolina has been making the news lately thanks to HB2 and the ensuing controversy over the legislation that legalized anti-LGBTQ discrimination.

It's interesting that Ridley brings up "economic divides" in his description of Season 3, since that was one of the few common threads between the very different Seasons 1 and 2. It appears that, no matter what crime is committed on American Crime, class will be at the root of the problem — an appropriate thematic choice, since you could easily argue that the increasing wealth gap really is at the root of many of our nation's (and our world's) problems.

Whatever American Crime Season 3 ends up being about, it's a relief just to know that Regina King will be back. Her Season 1 performance as Aliyah Shadeed earned the show its sole Emmy win out of 10 nominations last year… and it wouldn't be shocking to see the actress' name on the ballot again this year for her Season 2 performance as Terri LaCroix.

ABC has yet to announce premiere dates for its Fall 2016 season; but both American Crime Seasons 1 and 2 were held until midseason, so don't expect Season 3 until sometime in 2017. That may seem like a long wait now… but I have no doubt it will be worth it when John Ridley finally unveils his new searing examination of crime in America.