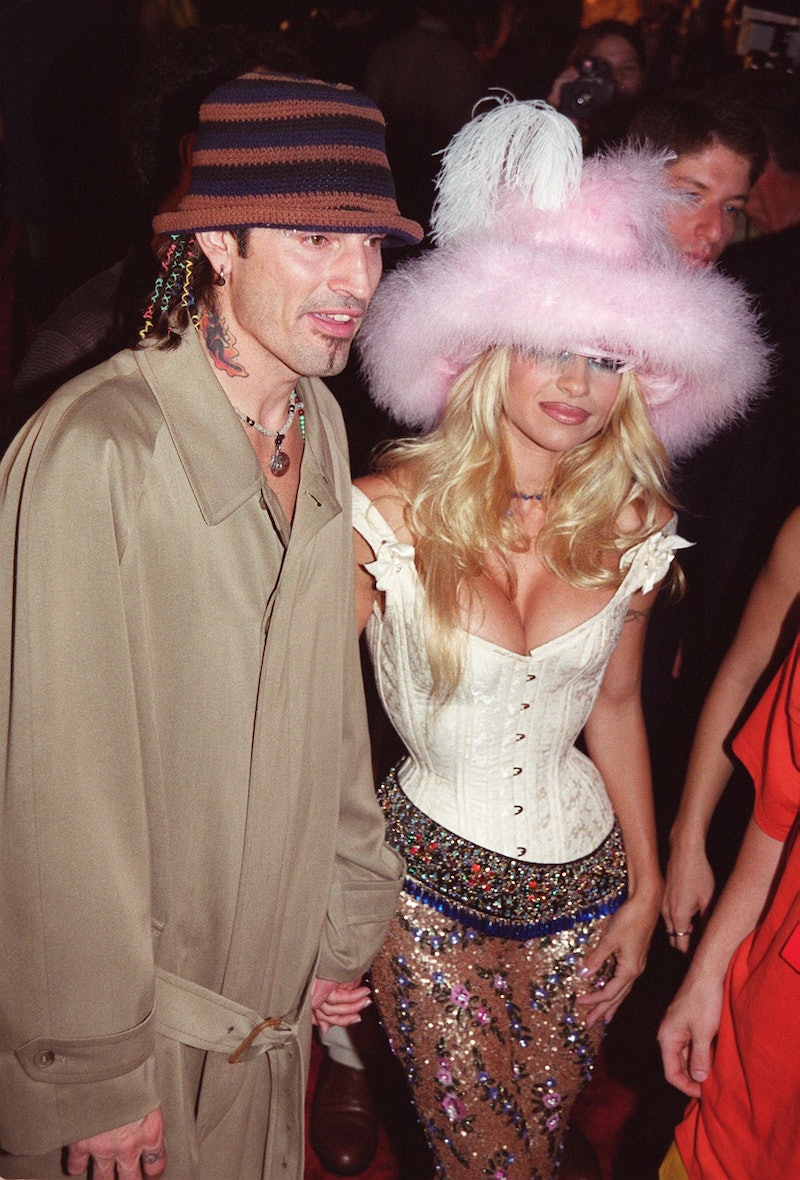 It seems that celebrities have been trying to shock and awe the masses since the dawn of Hollywood. In recent years, there appear to be more and more famous folks trying to wow the public with their threads, but the most scandalous things celebrities wore in the ‘90s tell a different story.

Today, celebrities and the general public alike often try to get away with looking as naked as possible, while still wearing clothes. Maybe we've de-stigmatized nudity enough that this is more or less doable in many parts of the Western world. The 1990s, however, were arguably a more modest age. At the time, the fashions would have likely seemed anything but demure in comparison to, say, Marilyn Monroe’s iconic white dress. But when you put the most attention-grabbing garments of the ‘90s next to some of the pieces modern-day celebrities rock in 2016, you’d see that they were slightly more conservative than their contemporary counterparts.

That said, there were a few standout fashions of the 1990s that caused quite a stir. One that particularly springs to mind is Rose McGowan’s 1998 MTV Video Music Awards dress. McGowan basically set the mark for all other celebs to follow with that beaded frock that was basically see-through. So here’s a look at some of the most scandalous things celebs wore in the ‘90s, all of which set the bar super high for decades to come.

When Britney Spears' music video for "...Baby One More Time" was released in 1998, much of the world was astounded by the midriff-baring teen. But compared to some of Spears' other outfits throughout her career, this might actually be one of the least scandalous.

From the fluffy hat to the bustier top and all those sequins, there's quite a lot going on in Pammy's outfit from the 1999 MTV VMAs.

Hey, Lil' Kim! I think your costumier forgot to finish making your outfit before the 1999 VMAs. JK. I'm loving the purple theme.

If you can't rock a lacy, black ensemble when you're attending a shindig with Hugh Grant, when can you?

Christina Aguilera showed everyone at the '99 VMAs that she was a wild child when she wore a mini skirt, black boots, a leopard-print chemise, and a leopard print coat. Meow!

Kate Winslet definitely turned heads at the 1998 Golden Globes in this racy frock that had a strong underwear as outerwear vibe about it.

Cameron Diaz played a sizzling vixen in 1994's The Mask , in which she was seen in a variety of revealing dresses. The most memorable of them all, IMO, was the scarlet strappy one she rocked to make her grand entrance into this movie and the film industry as a whole.

Let's face it: Practically everything the Spice Girls wore was scandalous with a capital S. Even in this snapshot, there are mini skirts and platforms galore, with a camo bra top and a full-on tracksuit to boot. The most scandalous Spice Girls outfit of them all was arguably Geri Halliwell's Union Jack dress, which drove teeny boppers all over the world even more crazy for girl power.

J. Lo slayed at the 1999 Vogue Fashion Awards in a navel-grazing, light gold shimmering dress with sparkling rocks to match.

Shania Twain impressed us all very much when she sported this teeny LBD/corset and micro skirt combo. She finished off her look with a pair of thigh-high boots and bejeweled opera gloves, just like a true diva.

12. Milla Jovovich On The Red Carpet

I am not entirely sure what Milla Jovovich was wearing here, but it reminds me of a modern-day, even more scanty version of Princess Leia's gold bikini and I love it.

Whoopi Goldberg was way ahead of her time when she sported this silver holographic catsuit. She looked like intergalactic royalty with her feathery mane and blue hair.

The babes of TLC wore tight black pants with black bras and looked at the paparazzi full of sass, as if to say, "And?"

Céline Dion proved that you don't have to bear all to please the paparazzi; you just have to put on a suit backwards.

The '90s brought us many weird and wonderful celebrity outfits. I only hope there are more gems of this calibre in store for us in the future.