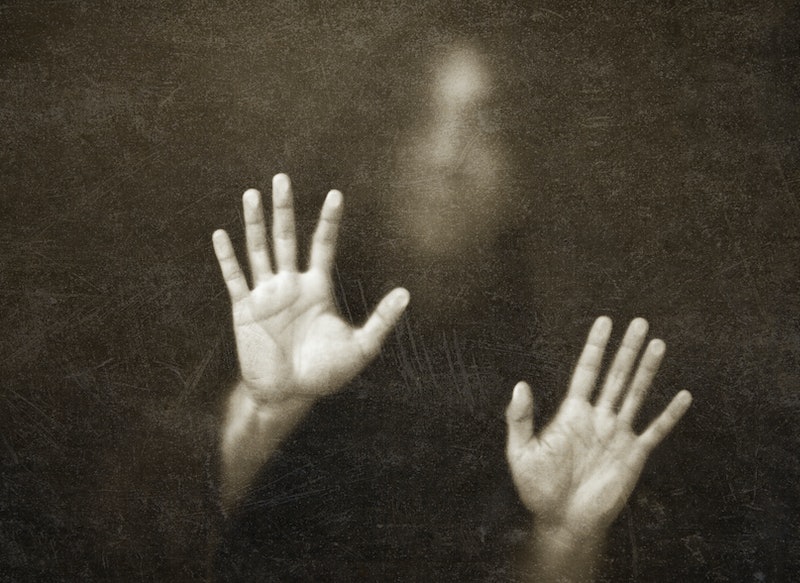 When it comes to real-life paranormal stories, Reddit is the gift that keeps on giving (and giving, and then giving some more). Whether that's a good thing is up to you; if you're the type to lie awake for hours in a carefully-crafted blanket burrito every time you see a commercial for a horror movie, browsing these kinds of threads probably isn't the best idea. But if your notion of a good time involves a bottle of wine, an internet connection, and a willingness to have the pants scared off you, prepare your spine for some shivering.

Any connoisseur of the weird and creepy knows that the most effective scary stories are rooted in reality. With that in mind, it's not exactly surprising that when Reddit user eshoves14 asked their fellow users to describe their "creepiest and most unexplainable paranormal experience," the results were... well, creepy and inexplicable in the best way possible.

Unlike the infamous subreddit r/NoSleep, Ask Reddit threads are completely nonfictional (or at least, they're meant to be — of course, that doesn't stop people from making stuff up anyway, but whatever), so even if you don't believe in the paranormal, whoever posted a story probably does. Sure, you could poke holes in following tales of haunted houses, visits from the recently deceased, and premonitions of death, but why would you want to? It's more fun to suspend your disbelief. Grab your blanket burrito and that bottle of wine, because here are 11 of the best stories from the thread. To read the ones that didn't make the cut, head over to the thread yourself.

It's tempting to explain this one away as a nightmare or sleep paralysis, but the user points out that there were other witnesses who saw a faceless, dark figure at the end of the bed. "To this day, both my sister and I are adamant that we saw a ghost or other demon in our room. We know we aren't crazy because the dog saw it too," the user concluded.

Which is creepier: The idea that a ghost created a musical composition, or that the computer did it on its own?

3. How Many Reasons Do You Need To Move Out?

This is just an excerpt, but you're going to want to read the whole comment for this one — according to the author of the post, their apartment basically turned into Poltergeist, especially after their roommate moved out.

4. A Visit From The Deceased

After one user posted a description of a grandmother visited by the apologetic ghost of her abusive husband, dozens of other users replied with similar stories in which people sensed the death of a loved (or not-so-loved) one. The takeaway? If you wake up in the middle of the night feeling weird, call your mom just in case.

The user went on to explain that the original owners of the house had a little girl who died of leukemia. Can I get a "nope nope nope?"

Did he have to unhinge his jaw? Really?

In an effort to cope with their haunted apartment, the user noted that they started referring to their ghost as Pete. Somehow, it's not any less scary even with that name.

8. When You Take Too Long In The Bathroom

Ghosts (or people who break into houses) have morning routines, too.

Note to self: Always check out the history of a house before setting foot inside.

Aren't elderly women supposed to give out toffee and get their hair done, not beat up unsuspecting Redditors?

And with that, I'm just gonna nope right on out of here. Good luck sleeping tonight!