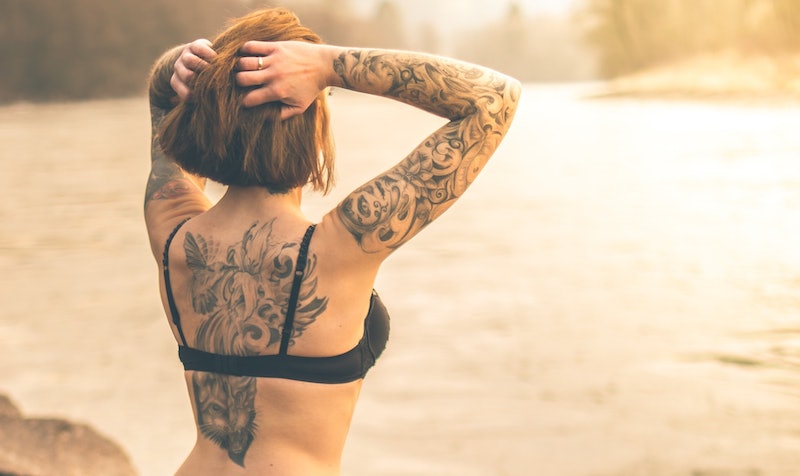 Like any professional full of integrity, most tattoo artists live by both the ethics of their industry and their own moral compass, meaning there are certain things a tattoo artist would never do. Everyone is different, of course, but after talking to a handful of tattoo artists, it seems there are some similarities across the board.

Working people in any field who pride themselves in their occupation and always listen to their consciences likely live by their own set of guidelines. I'd like to think that a barista would never spit in my coffee, a doctor would never share any of my confidential health information, or a dogsitter would never mistreat my future fur babies. For tattoo artists, these morals and values are often in line with what is considered legally and morally acceptable in their cultures.

I'm sure the vast majority of tattoo artists would never break hygiene codes that could potentially bring harm to their clients, but is there anything else a tattoo artist would never do? When it comes to a field that involves touching needles to the skin of strangers, it's easy to grow weary. You've probably heard a story or two about unwanted infections, for instance. To ensure you're staying safe and getting the ink of your dreams, here are a bunch of things tattoo artists would never do, courtesy of the experts themselves.

1. Tattoo Someone Who Isn’t Sober

Canadian tattoo artist Romeo Lacoste tells me over email, "I keep professionalism at its highest in my studio. To me, it’s important clients are always sober, never drunk or high.” Both Simon Turner and Jon Jon of New York studio Triple Diamond Tattoo agree, telling me via email that they too refuse to tattoo intoxicated people.

Although Adal Ray of Majestic Tattoo NYC also agrees, he has some extra insight on the topic. “Drunk people shouldn't get tattooed,” Ray explains over email. “However, there are certain environments within tattooing where it's permissible/commonplace to drink. I don't operate in those worlds, but I know they're present and that's just part of the culture.” So whatever you do, try not to turn up to your appointment wasted. You’ll likely get turned away.

Although hands seem to be a popular place to get inked nowadays — finger tattoos are proving trendy with celebs — Ray won’t tattoo hands. Ray explains, “Hands are compromised skin, so in terms of body art, you want to tattoo the primer areas.” If you’re going to get a tattoo, you may as well get inked in a location where it's guaranteed to stay at its best for longer.

3. Tattoo Someone Who's Underage

Jon Jon informs me that he would never tattoo somebody who was underage, unless he had written and confirmed parental consent. Don’t bother with a fake I.D., guys. Just wait until you’re old enough.

We all go through different periods of our lives during which things might seem bleak, but do we really want to be reminded of some of these more difficult times forever? I know I’d rather remember the good times than the more challenging ones. Ray explains that he won’t ink "super melodramatic quotes that I know they'll regret later on.” It’s good to know your artist’s got your back, right?

Ray agrees, explaining that his definition of a hate tattoo is a "tattoo that expresses hate to another person that would be viewing the tattoo.” It’s good to know that in the ink industry, compassion and kindness often trump hate.

Ray tells me he won’t tattoo "extremely tiny or overly-detailed micro tattoos,” explaining that they simply "won't hold up well over time.”

7. Tattoo A Partner's Name On Your Bod

Lacoste explains that he would never ink “tattoos of a boyfriend or girlfriend’s name in case they break up." This definitely makes sense. But if you’re in a long-term relationship with someone and you don’t want to get married, for instance, you could always explain the situation to your artist.

Ray tells me he wouldn’t create “FTW or similar tattoos — separatists’ tattoos that are basically like a middle finger to the world.” On a similar note, Lacoste adds, “I would never do any vulgar tattoos.”

Although we might all take hygiene for granted from time to time, it’s great to know that tattoo artists take it seriously. Jon Jon says, “I will not cross contaminate my work spaces." If you're in the hands of a good artist, you'll never have to fear picking up bacteria or illness from previously-used needles.

The act of tattooing faces seemed to cause a stir amongst the tattoo artists I spoke to. Ray tells me, “I don't like tattooing hands and faces.” He elaborates as to why, saying, “I don't see it as quality skin and there's no capacity for it to be my canvas for the level that I've taken my drawings.” Lacoste seconds this, telling me he would never do any face tattoos because he believes the face to be a “sacred” area that should be left unmarked.

However, Turner explains that it depends on the client and their experience with ink. He tells me he "won't tattoo someone’s face or neck if they don't have many tattoos."

Ray explains that he would never do UV ink tattoos, telling me, “I have heard stories about it going terribly wrong and won't do it.” It may be wise to put your faith in the experts and follow their professional advice.

Now it's time to use this know-how to get clued up. If you're on the same page as your artist before your next trip to the salon, things should be peachy.