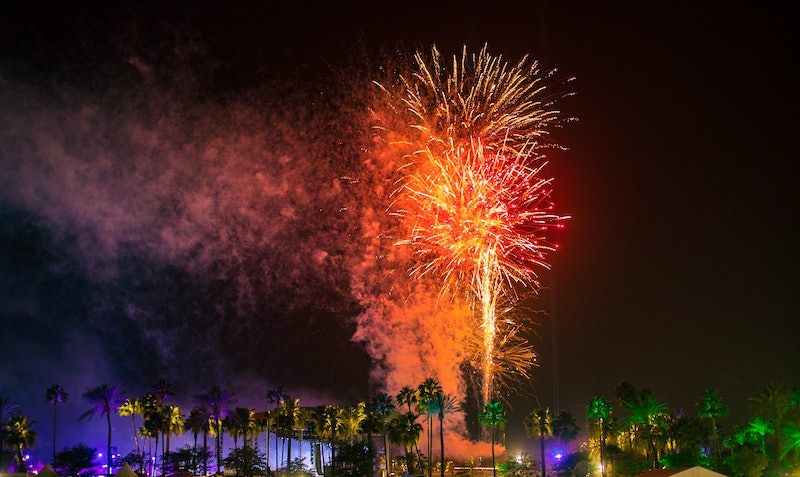 With the Fourth of July fast approaching, people all around the world are getting ready to celebrate the holiday with beach days, BBQs, and above all, fireworks. Cities all over the country hold a variety of Independence Day-themed festivities, including live musical performances, elaborate air shows, and impressive displays of pyrotechnics over the water. So, if you're trying to figure out where to watch fireworks, it shouldn't be too hard to find some.

While there are many ways to ring in the occasion and no shortage of celebrations to choose from, some cities go even more over the top, putting on some of the most impressive showcasing of fireworks in the nation. These can't-miss displays involve thousands of effects, choreographed music performances, parades, and scenic views that include everything from rivers to mountains to beloved national landmarks, like the Washington Monument. So grab your friends and a picnic blanket, and get ready to take in some dazzling displays that will have you feeling the spirit of the holiday in no time.

From our nation's capitol to the West Coast to Music City, here are some of the best Fourth of July festivities that take place all around the country, where you can kick back, celebrate, and watch some truly incredible fireworks. Enjoy and have a happy and safe Fourth of July, everybody!

Show up early to grab a spot on the National Mall and watch an impressive 17-minute display of pyrotechnics over the reflecting pool in front of the Washington Monument. Festivities start early in the city, kicking off with a parade on Constitution Avenue.

Macy's huge annual show is the biggest display in the country, watched by around three million people every year. This year's musical lineup includes Kenny Chesney and Meghan Trainor. A 25-minutes firework extravaganza, which reportedly uses around 50,000 effects, is then launched from the Brooklyn Bridge and four additional barges in the East River between East 23rd and East 37th Streets.

Around 500,000 people swarm this Dallas suburb, thanks to a grand, 30-minute display on July 3. Prior to the fireworks, the Cavanaugh Flight Museum also puts on an air show, featuring aerobatics and pyrotechnics. Watch all the action go down at the heart of it all, Addison Circle Park, or via a live broadcast in one of the city's many restaurants.

Watch live music performed by the legendary Boston Pops Orchestra at the DCR Hatch Shell, followed by a grand fireworks display shot from seven barges in the Charles River.

Unsurprisingly, the city where the Declaration of Independence first came into being goes all-out for the Fourth of July. The Philly Fourth of July Jam is the largest free concert in the country, with some of this year's lineup including Hamilton star Leslie Odom, Jr. and Leon Bridges. The show is followed by an elaborate, 15-minute fireworks display over the Philadelphia Museum of Art.

Fireworks light up the sky over the water of Lake Tahoe in a 25-minute display around the California-Nevada border. In addition to views on the waterfronts, spectators also have the chance to book a spot on paddlewheel boats or lake cruises to get a better look at the fireworks.

As the name suggests, Nashville residents can watch their fireworks alongside loads of musical performances. Catch a full day of free music (including artists like Sheryl Crow and Maddie & Tae) in downtown Nashville and when the sun sets, watch a choreographed fireworks displayed to the sound of a live set from the Nashville Symphony.

With around 500,000 spectators estimated to show up annually, the Big Bay Boom is the largest display of fireworks on the West Coast. Fireworks are launched off four barges spread throughout the bay, so that viewers can watch from all different nearby locations, including Shelter Island, Harbor Island, and Marina District. Boaters can also get even closer by watching on the water.