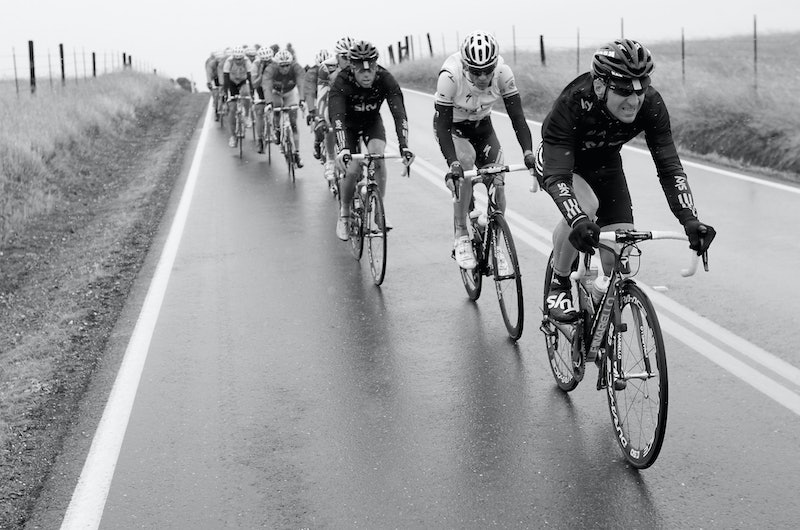 Life in the United States can be pretty darn great, but it is far from universally perfect. While our country leads the rest of the world in many areas, there are others in which we could stand to take a step back and look to the example of others. In the new book, The Nordic Theory of Everything: In Search of a Better Life, Finnish journalist Anu Partanen gives us the chance to do just that. A transplant to America, she offers a unique perspective by examining aspects of life in her adopted country in contrast to that of her homeland and its Nordic neighbors.

Pantanen has grown to love America and its diversity, but she is well aware that there are different ways to approach certain societal problems, from filing taxes to keeping women in the workforce. Using studies and anecdotal evidence, she debunks misconceptions and shows why Nordic people rank among the healthiest and happiest in the world. Her case is compelling, and you may just find yourself wondering when the United States will start following the Nordic example.

Below are seven of the ways that Nordic countries are getting it right, as discussed in The Nordic Theory of Everything. Fellow Americans, take note.

The Nordic Theory of Everything by Anu Partanen, $12, Amazon

Nordic countries are known for the many government services they provide, so many assume they must be overspending like crazy. Interestingly, they generally manage to offer all that they do while balancing their budgets better than the U.S. government does. In fact, Partanen points out that “all the largest Nordic countries have been running regular budget surpluses” over the last decade. Frankly, their efficiency is impressive.

Partanen is quick to acknowledge that Nordic countries get a bad rap as “socialist nanny states,” with some people assuming that their policies breed overly dependent, needy citizens. In truth, what the governments actually fosters is more income equality, she argues. You may end up with fewer of the ultra-rich, but on average, Nordic countries’ lower and middle classes fare better than America’s. They even have greater opportunities for upward mobility.

“In America, what predicts how well a child will do in school is not a child’s aptitude or hard work, but the status of the child’s parents—which is to say, their own levels of education and wealth,” writes Partanen. Studies indicate that this is only becoming more true, meaning that the so-called American Dream isn’t delivering on its promise. You know where it is, though? That’s right: in the Nordic countries. Partanen’s native Finland gives all K-12 students a free education, and they consistently rank among the world’s best in reading, math, and science. Plus, they can go to college and grad school for free, so they don’t enter the working world with massive debt or having to depend on their parents. That sounds like a dream to me.

Gender inequality still exists in all corners of the globe, but Nordic countries are doing an impressive job of stamping it out. Partanen cites the World Economic Forum’s ranking of the gender gap in terms of economic participation and opportunity; educational attainment; health and survival; and political empowerment. By now, you can guess the outcome: Our Nordic friends were found to enjoy the smallest gaps.

There are a lot of systems in place to support Nordic families that their American counterparts can only imagine. Parental leave, for example, is a big one. The governments allow their citizens to take paid time off when they birth or adopt children, and both parents are given the opportunity. To many of us living in America where only the mother is guaranteed any leave — unpaid, in most states — this is a very foreign concept. Yet it makes so much sense. Allowing parents to bond with their children is good for a society, and it recognizes that all children deserve to spend time with their parents, no matter their family’s income level. Not only that, these policies help keep women in the workforce because they aren’t forced to choose between their families and their jobs.

Americans are known for taking very little vacation time, and many of us are familiar with the worry that we’ll be viewed negatively for taking “too much” time off. In Nordic countries, vacation time is seen much differently. Partanen describes the societies as viewing it as “restorative,” and their governments’ policies around paid time off certainly support this. In Finland, for example, full-time workers who have been at their job for more than a year get five weeks off. No wonder quality of life is higher.

Obamacare may have insured millions, but the United States still doesn’t have universal health care, as Partanen points out. It’s fascinating — and sad — seeing how differently we approach the issue in America compared to how Nordic countries do. For instance, it is well-established that in the United States, a health emergency may just push you into bankruptcy. Even people who have insurance can end up with bills totaling in the thousands. In Finland, on the other hand, out-of-pocket payments are minimal.

“In 2016, the combined annual out-of-pocket maximum for most services—public clinics, emergency rooms, tests, operations—for every person in Finland was about $750, no matter what kind of treatment you’d received or how expensive it was,” writes Pantanen. Let me repeat that: $750. Maximum.

If you’re looking for a silver lining, like perhaps living longer in the United States, I hate to break it to you, but our Nordic counterparts are outperforming us by most important health measures. Surveys show that compared to Nordic countries, America has “shorter life expectancy, higher infant mortality, and fewer physicians relative to the populations,” explains Partanen. Plain and simple, the Nordic nations are spending their money more efficiently.

More like this
Josh Peck Shows Love To Jennette McCurdy After Her Shocking 'iCarly' Revelations
By Radhika Menon
We’ve All Had Bad Sex. Nona Willis Aronowitz Is Talking About It.
By Sophia Benoit
10 Must-Read New Books Out This Week
By K.W. Colyard
Jennette McCurdy’s First Kiss On 'iCarly' Didn’t Go As Planned
By Bustle Editors
Get Even More From Bustle — Sign Up For The Newsletter