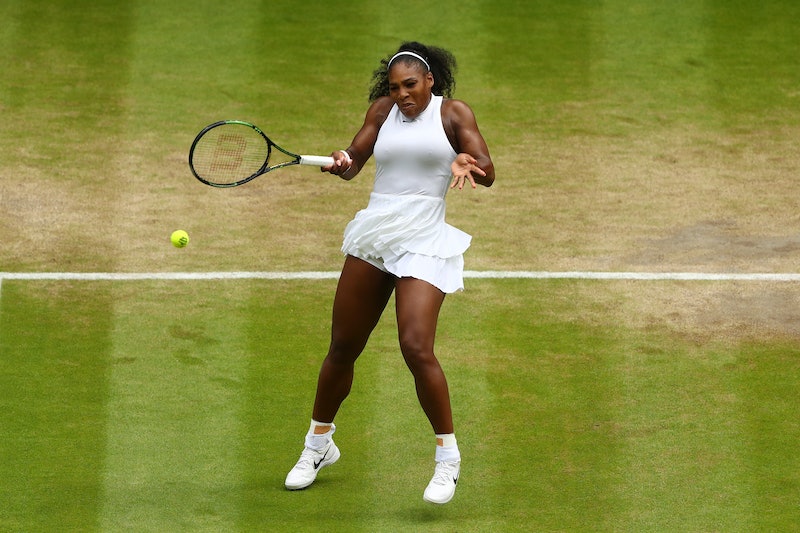 Whether they're artists, entertainers, scientists, or businesspeople, women are often told they're among the best women in their professions. But this supposed compliment implies that they're not comparable to their male counterparts. So, when a reporter called Serena Williams "one of the greatest female athletes of all time" at a press conference after a Wimbledon match, she took the opportunity to teach us a lesson.

"I prefer the words 'one of the greatest athletes of all time,'" she responded, pointing out that she still deserves this description even if she's compared to men. She also answered several other questions regarding women in sports, including one about equal pay.

"I would like to see people, the public, the press and other athletes in general just realize that and respect women for who they are and what we are and what we do," she said. "Basically my whole life I've been doing this. I haven't had a life. I don't think I would deserve to be paid less because of my sex, or anyone else for that matter, in any job."

Williams is no stranger to sexism. Most recently, she's been dealing with comments focused on her body rather than her tennis performance at Wimbledon. She's the most frequently discussed female tennis player on Twitter, but male tennis players are still being discussed far more — and when people talk about her, it's often in a sexualized way.

Unfortunately, we do live in a world where being a female athlete (or a female comedian or a female CEO) does mean something different from being a male athlete. But it shouldn't, and it certainly shouldn't mean something lesser. When we say somebody is "one of the greatest female __," we undermine women's accomplishments and perpetuate the view of female and male athletes as fundamentally different. But she could kick the great majority of male tennis players' butts as well, and that's no less significant because she's a woman.

More like this
Here’s What Sarah Jessica Parker’s Canned Cosmo *Actually* Tastes Like
By Emma Garza
Rihanna & A$AP Rocky’s Astrological Compatibility Proves They'll Be Amazing Parents
By Nina Kahn
Marcus Rashford Took Inspo From Kravis For His Adorable Proposal To Girlfriend Lucia Loi
By Frances Stewart
Ryan Reynolds Brought Some Famous Friends To Wrexham A.F.C's Last Game Of The Season
By El Hunt
Get Even More From Bustle — Sign Up For The Newsletter