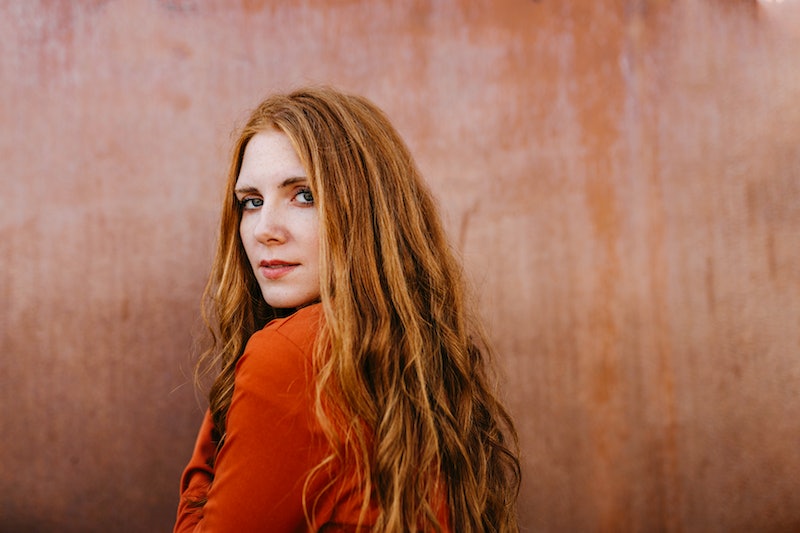 As a feminine-presenting person who isn't ashamed of my sexuality, I seem to confuse people. The things people tell women who are open about sex can get pretty ridiculous. People just can't seem to pinpoint whether I'm the polite, sensitive friend who loves animals and doesn't wear makeup or the outspoken sex and relationships writer who talks about sex toys at dinner. Well, news flash, I'm both! Women and feminine-presenting people can be sexual beings and human beings at the same time. Is your mind blown yet?

In case the language I'm using here confuses you: I'm talking primarily about the way people perceive others who talk openly about sex due to ideals of femininity, which will affect perceptions of women and other feminine-presenting people. So, while I actually don't label my gender whenever possible, these cultural attitudes still affect me and others who are perceived as women (which is what I mean by "feminine-presenting"). When I use the word "women," I'm talking about cultural ideas about women, but they'll apply to others as well.

OK, now that we've got that down, let's talk about what societal notions I'm referring to. We've bought into this virgin vs. whore dichotomy that says women are either sexual objects that exist to please men or angelic beings who don't have sex drives — but that they're not capable of being both. So, when people see a feminine-presenting person who takes ownership over her sexuality and enjoys it as her own, they freak out a little. Especially if she talks about sex a lot, which tends to get people pigeonholed into the "whore" category.

Here are some things I hear on a regular basis that I'm honestly really sick of. And I'm sure I'm not the only openly sexual woman or feminine-presenting person who's sick of hearing them, either. All they do is perpetuate damaging gender stereotypes, so it's time to put them to rest.

1. "But You Seem So Sweet And Innocent!"

"Innocence" is a weird concept in the first place. Having experiences doesn't change your personality. And often, fawning over "innocent" women is just a way of fetishizing naiveté and vulnerability. To me, innocence is an attitude of optimism and openness to new experiences, and it's not determined by your sexual history or the way you discuss it.

"Sweet" is even worse. We really need to stop associating sexual behavior with moral character. There is no correlation between how kind you are and how much you have or talk about sex.

2. "Wait, You've Only Slept With That Many People?"

I'm against the whole idea of keeping track of a "number" in the first place, but when people get it out of me, they always think it seems low for someone who's so open about sex. But there's a big difference between openly enjoying sex and wanting it with everyone. In fact, those two things are not even remotely related.

With the exception of people on the asexual spectrum, nearly everyone enjoys sex. The only difference is that I might talk about it more. So why should my sex life be different from anyone else's?

No, not really. I don't understand this equation of talking about sex or having sex with going on rollercoasters, traveling the world, or whatever else you're picturing when you're thinking of a "wild side." I'm just acknowledging a basic instinct. Also, similar to the "innocent woman," the "wild woman" is a stereotype that feels kind of fetishizing and gross, IMHO.

This one is tricky. I don't want to pressure people into talking about a topic that makes them uncomfortable, but at the same time, I think we should challenge the impulse to get uncomfortable when someone talks about sex. When I used to say "TMI," it was more often because I thought I should condemn discussion of sexuality. Secretly, I actually wanted to talk about it.

When we accuse someone of sharing too much information, we shame them for being curious about a topic that's totally normal to be curious about. If talking about sex makes you uncomfortable, that's fine, but there are ways to voice that discomfort without scolding the person who brought it up.

By assuming that someone's embarrassed, you're implying they have a reason to be embarrassed in the first place. Someone once, for example, suggested I use an anonymous forum to crowdsource quotes for a sex article to avoid the "embarrassment" of my identity being known. But why would I be embarrassed about the work I love to do and have chosen to do? Other people's inhibitions have nothing to do with me.

Welp, there we go again. Any time a feminine-presenting person does something to defy their gender role, they're called "brave." And I suppose going against so many social norms might be brave for some people. But as far as I'm concerned, something's only brave if you're scared. It's not brave of me to talk about sex because I'm not scared to.

By assuming I'm scared (as with embarrassment), you're implying I have a reason to be. And there's no good reason to be scared of talking about sex.