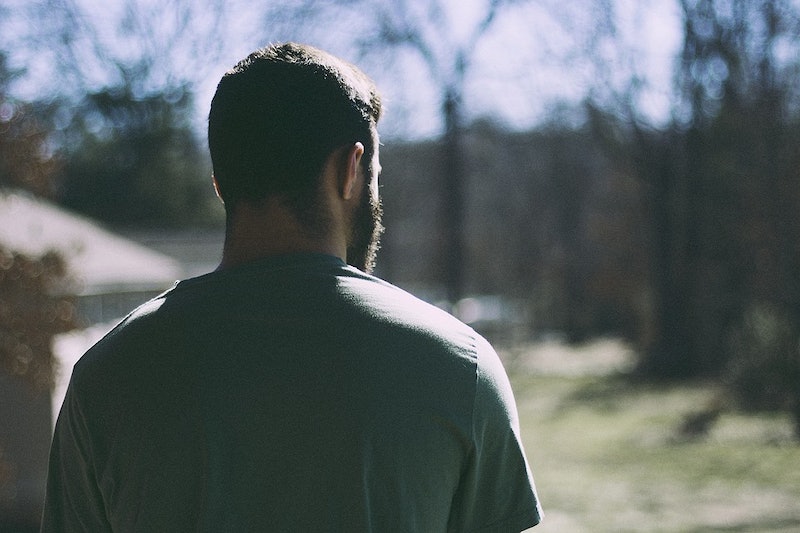 As a public feminist (or a "media feminist," as one hate blog tenderly referred to me), getting social media hate is neither new nor interesting. But a new tirade on my Twitter feed this week raised an argument that apparently won't lie down and die. According to the troll in question, an angry man with a bit of time on his hands, feminism is responsible, in its entirety, for his failure to get a date, a wife, or possibly much female time at all. It's created high standards, taught women that "no man is good enough," gone "beyond equality," and generally made his life terrible. He was, in his words, a "feminist mangina" in college (I know, revel in that one), but it didn't get him any, so he dismissed it as a waste of time.

The interesting thing about this is that it's not the first time I've come across this argument. In the dark of night, upset, lonely men have crossed my inbox numerous times, lambasting feminism and its consequences as the sole, indisputable reason that they can't get a woman's affection, as if feminism were standing in front of all female genitals yelling DO NOT PASS GO. Female empowerment, for these men, is an inconvenience, because the resulting capability of women to make their own choices allows them to make choices that are not to date them. That, or it's a menace, because ladies have evolved into terrifying man-haters who rampage across the sexual plains, like some kind of gigantic misery-Pokemon.

Anti-feminists, I am here to lay a few things out for you. While I may well be a gigantic misery-Pokemon in my spare time, it has nothing to do with my feminism. If you think feminism is behind your lack of dates, this is for you.

Here's the thing. Rejection by potential partners is a hurtful thing, and I suspect that lies behind a lot of these complaints: a man has been turned down by women, and seeks for the evil responsible. But the answer is not to blame "the modern woman" for taking charge of her own empowerment and being capable of calling the shots. Women say no; women are allowed to say no. If they're saying no to you, repeatedly, it can be tempting to reject the possibility that the problem is you and start raging that the problem is society; but that isn't exactly a logical argument.

I'm not saying the problem is definitively you. Rejection is always a two-person game, and you may have been rejected by some genuinely terrible people. (We all have!) But feminism has taught women that they don't need to be grateful for male attention, that they can perform the same sexual behaviors as men without shame, that their existence is not contingent on male approval, and that they deserve the same respect as men. If what you desire in a mate is somebody who accepts male superiority unquestioningly, no, you're not going to get many dates among feminist women. If you just want a nice lady and aren't able to date one, though, feminism isn't the right target for your frustrations.

Feminism has not created "unrealistic" standards for partners; it's just made us less likely to take crap from dudes, and given us the room to make our choices and have them respected. If you've struck out, it's not because we all over-estimate our own awesomeness and think we're God's gift; it's because we're all individuals with different standards and different requirements in sexual or romantic partners. Feminists continue to have sex with, marry, and have children with men, and you may notice that very few of those men are perfect 10s according to ridiculous beauty standards, and nor are the women. We're allowed to demand partners who respect and fulfill us, and so are you.

Feminism Is Not Man-Hating

The stereotype of feminism as anti-man has been around since the suffragettes, and likely earlier. It is, however, not an accepted part of the ideology, or even a logical one. What would be the point of equality with someone we didn't like and respect? Rights are not a zero-sum game; you do not need to take away the rights of one group to lift up another. And there is a distinction between calling out the sexist, misogynistic attitudes and structures of some men and some situations, and actively hating all men and all things created by men. One: nobody's got time for that. Two: it's epic generalization on a scale that doesn't make any sense.

Feminism does not, as some people suggest, teach women to look at men as mechanisms purely for their advantage; that would make us no better than the structures we fight against, which regard women as lesser beings designed for sexual pleasure, housekeeping and baby-creation. It teaches women not to accept poor treatment from men, not that every man is innately unsatisfactory.

And let's not pretend that was different before feminism. Women have always had preferences about mates, specific or general, and acted on them if possible; to suggest that a world without feminism would be a world without rejection is bizarre. The difference is that now women are allowed to have preferences and to shape their own destinies, as opposed to being limited by male perspectives and choices. Not celebrating improved female agency is your choice, but fetishizing its opposite is just a bit weird. News flash: even in the days of fedoras and Mad Men, some men still didn't get dates.

If you're a man dating women in 2016, congratulations: you've entered a game in which your preference isn't the only thing that matters. How you deal with this revelation is up to you. But a good start, guaranteed to make you more attractive to women, is to stop blaming their hard-earned empowerment for your own lack of sex. They're not acting with the express intent of cockblocking you. And if you don't want them to be equal, frankly you don't deserve to date them.