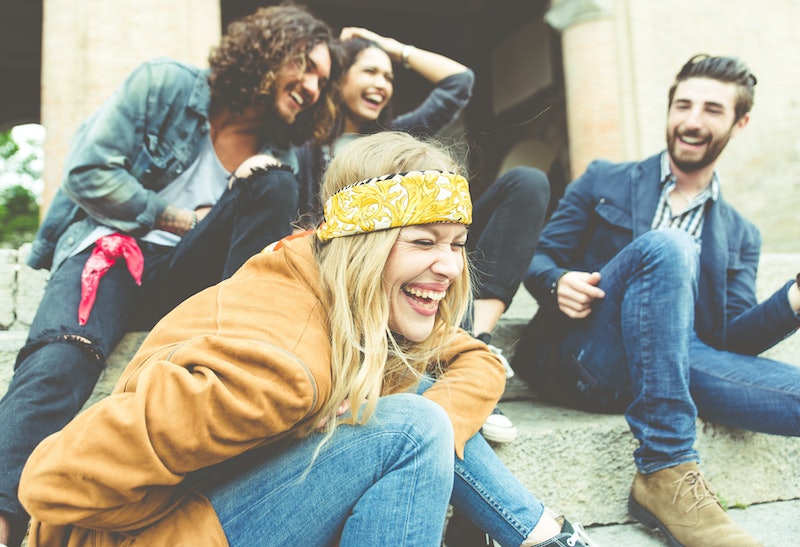 There’s really no shortage of lists stating what people find attractive in a partner. Science can even tell you that smiling, wearing less makeup, or speaking in a high-pitched voice will make you more attractive. But a new study finds that who you’re attracted to really depends on your relationship status.

Published in Frontiers in Psychology, the study led by Dr. Jitka Lindová of Charles University in the Czech Republic and colleagues, asked university students to rate a series of faces on how attractive they were. Some photos shown were digitally manipulated in order to somewhat resemble the participant rating it. Others were manipulated to look less similar to the participants. Photo included those of the same and opposite sex.

"For the first time, we have observed how our partnership status affects who we find attractive," lead author Lindová said in a release. “Our interpretation is that attractiveness perception mechanisms that give us a preference for a genetically suitable partner may be suppressed during romantic relationships. This might be a relationship maintenance strategy to prevent us from finding alternatives to our own partner, or perhaps self-resemblance becomes more important in terms of the social support we expect and receive from relatives, which are known as kinship cues."

Not that the concept of dating someone who’s just like us is new. Previous studies have found that we’re attracted to people who are just like us in both looks, personality and values. But as this particular study has shown, our attitudes towards what we're looking for shifts when enter into a relationship.

"A single person is often looking for someone exciting and sexually attractive,"Jean Fitzpatrick, a relationship therapist in Manhattan tells Bustle, "A person who already has a partner might instead, when viewing photos in this study, be imagining a different kind of connection — a familial one. From our earliest days we feel most connected to our family members, who look like us."

As this study notes, however, little research has been done to see how people’s perceptions change when they enter into relationships. However, from the few studies on this topic, here’s what we know so far:

1. How You Treat Others May Depend On Your Relationship Status

"We often become evangelists for our own lifestyles," the researchers wrote in the study. "When it comes to our relationship status, we are rarely content to simply say 'being single works for me' or 'being in a relationship suits my disposition.'"

2. Being In A Happy Relationship Can Change How Attractive Other People Are

According to a study published earlier this year in the journal Personality and Social Psychology Bulletin, being in a happy relationship can downgrade how attractive you think someone is. In other words, when people are in a relationship, they’re wired to see view other people as less attractive than they probably are in an unconscious attempt to protect their relationship from a potential threat.

3. Being In A Relationship Changes You To Be More Like Your Partner Than Your Friends

If you think that being in a relationship won’t ever change how you are, think again. One study finds, you really do change after dating someone new. According to a 2015 study conducted by researchers at the Florida Atlantic University, teenage girls and boys were asked a series of questions regarding their friends, romantic partners, and alcohol abuse.

4. Relationships Can Change Our Identities In A Way That May Determine Relationship Satisfaction

We know there comes a point where “me” becomes “we” in relationships. According to a 2014 study published in the Journal of Social and Personal Relationships, being in a close relationship may change one’s self-concept or identity. According to Psychology Today, relationships can change our identities in two ways. First, we can grow and expand. For instance, if you want to impress your partner with cooking skills that you currently lack, you may find yourself taking classes. At the same time, relationships can also shrink your sense of identity when you feel like something you used to love doing before gets lost when you start your relationship.

Researchers asked 55 adults in romantic relationships to complete surveys on their self-concept and relationship and found that people who felt their identities grew were more satisfied with their partner and relationship over time.