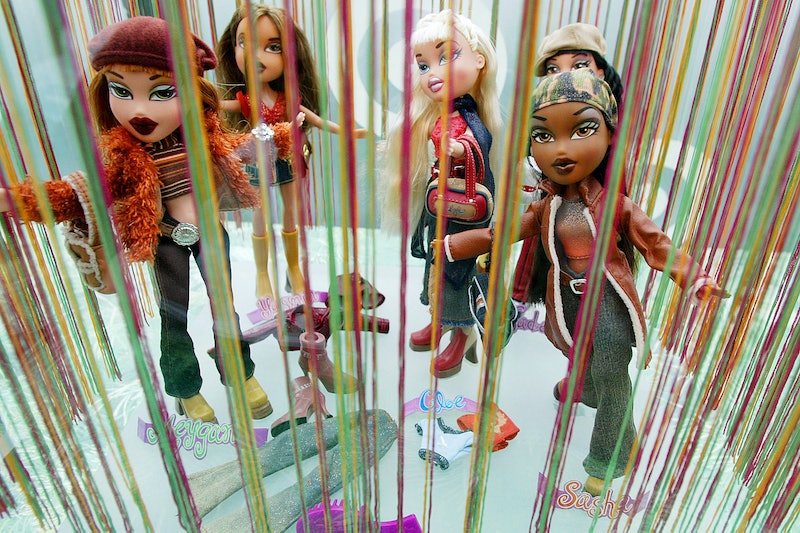 If you happened to Google the phrase “spoiled brats ” in the last 24 hours, you probably would have kept seeing the same result: Rachel Canning. As Bustle covered Tuesday, the 18-year-old Canning is making headlines for suing her parents. For what? Her tuition, like duh.

According to her father, Canning left her parents’ home when she was 17 because she didn’t want to abide by their rules, do her chores, or return her sister’s belongings. Sounds like things were really rough there, Canning. No wonder you ran away!

When she turned 18, mommy and daddy cut her off, and all hell broke loose. Luckily, on Tuesday, the judge threw out her case.

But Rachel Canning is obviously not the first self-entitled person who's decided to sue for no apparent reason. Let's take a look at some of the most litigious brats the world has seen.

Being raised in a $1.5 million dollar home in Barrington Hills, Illinois wasn’t enough for Steven Miner II, 23, and his younger sister Kathryn, 20. Citing “bad mothering” and “emotional distress,” the two decided to sue their mother, Kimberly Garrity, for $50,000.

What exactly constitutes bad mothering? Apparently, not buying your daughter the expensive dress she wants for a party; forcing your son to wear a seatbelt when he's seven; calling your teenage daughter at midnight to tell her it’s time to come home; not sending care packages to your son when he's in college; and the worst of the worst? Giving your son a birthday card in which you write, Have a great day! Love & Hugs, Mom xoxoxo, but don't have the good sense or generosity to include cash or a check.

Although the case was thrown out, because OBVIOUSLY, the extra kicker was that the siblings’ father — and their mother’s now ex-husband — was one of their lawyers.

A 12-YEAR-OLD FROM CANADA

Due to her age, we’ll never know the name of this little brat. But what we do know is that after this 12-year-old’s father found that she had posted inappropriate photos of herself online, she was grounded, and he wouldn’t let her go on a three-day school trip.

Angered by her dad’s decision, the girl sued and WON.

The Quebec Superior Court found dad’s punish “too severe,” so it ruled in her favor. (Because, Canada.)

She got to go on that trip after all, and presumably, this kid's career as an ambulance-chasing lawyer was born.

It’s really hard to like a person who has the audacity to say, “I do feel sorry for people that are not gorgeous people.”

If you don’t know who said that delightful line, then you’re one of those people smart enough to avoid the reality show Wife Swap — and you probably have no idea who Alicia Guastaferro is. You're lucky.

Pageant queen Guastaferro was so upset by how she was portrayed as the ultimate brat on the show that she decided to sue ABC for $100 million. Although it’s hard to imagine ABC had anything to do with the fact that “her parents lavish her with $100,000 in clothes every year, do her homework for her, and keep up a Christmas tree year-round and give her a new present every day,” as the Consumerist reports.

After Abigail Fisher didn’t get into the University of Texas, she decided to sue the school for — wait for it — discrimination. Because it’s hard out there for a white woman to get anywhere these days, what with all these minorities getting everything they want.

It doesn’t matter that Fisher’s grades were the reason she didn’t get in, because she clearly deserved to be accepted anyway. Instead, some underserving non-white person has her place at the school that she wanted to go to and now everything is awful. Damn that crummy affirmative action!

Amazingly, the Supreme Court ruled on her case last year, as Bustle reported.

By returning the case to lower court, this ruling means that SCOTUS passed up a chance for a dramatic decision on affirmative action. However, the Court did say that colleges’ affirmative action programs are only constitutional if such racial preferences are the only way to achieve diversity on campuses, which means these programs will likely be subjected to a much higher level of scrutiny in the future.

Before Abigail Fisher, we had grade-grubber Brian Delekta. Delekta sued the Memphis Community School District in Michigan because he felt he deserved an A+, rather than just an A.

High school senior Delekta received an A+ for the work-study program he completed AT HIS MOTHER’S LAW OFFICE. The school, recognizing an A as the highest possible grade, took that plus away and, according to Delekta, jeopardized his chances at being valedictorian.

And guess who reportedly represented him in the lawsuit? Yep, Mommy did.

In 2009, single Brooklynite Sean McGinn sued Match.com for $5 million dollars claiming “profound personal anguish” and “humiliation and disappointment” over the beautiful women who did not write him back. He also alleged the online dating site posted profile photos of women who either never existed on the site or had canceled their subscriptions. Can you hear the violins playing for this guy? I can.

Remember when hundreds of kids broke into former NFLer Brian Holloway’s vacation home last summer then proceeded to tweet photos from the party? Well, once Holloway took it upon himself to try to figure out the identities of the kids by posting those photos online, several of their parents threatened to sue the ex-New England Patriots offensive lineman for — get this — ruining the college admissions-chances for their kids.

As Holloway told the NY Post, "You would not believe the calls that have come in, threatening to firebomb me or hurt or sue me — any manner of things."

Six of the teens were arrested and charged, but as for any lawsuits against Holloway, the outcome remains to be seen.