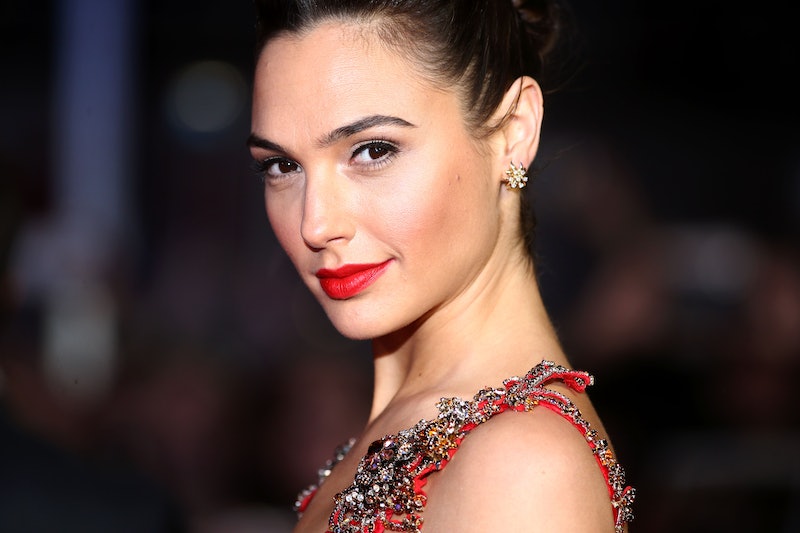 You know that feeling when the star of a female-driven superhero movie proves she's also a superhero in real life? No? Just me? Listen, Gal Gadot explaining why Wonder Woman needed a female director is an embarrassment of feminist riches, at least to me. Basically, she proves that she understands that the steps forward represented by her being cast, and by the movie happening at all, are just that: steps. She knows that all the work isn't done now that there's an actual, tangible Wonder Woman movie on the horizon, and that there are other things we need to do to make sure we're moving in the right direction. Namely: hiring a female director for the film.

In a recent interview with Entertainment Weekly , Gadot spoke about how important she felt it was for Wonder Woman to be female-driven not just in front of the camera, but also behind it. It's why she's thrilled that director Patty Jenkins was brought on board — she was best known previously for directing Monster in 2003 — because she has a feel for nuances of the story that might not be intuitive to a man.

[The movie is] a story about a girl becoming a woman. I think only a woman, who has been a girl, can be able to tell the story in the right way. I’m lucky in that I’ve worked with men who have a lot of respect for women. But working with a woman is a different experience. It feels like the communication is different. We talk about emotions.

First of all, I love that Gadot isn't saying that working with one gender is better than the other; she's just noticed a difference, and is speaking to that. I think she realizes that whatever happens off-camera will translate to what we see onscreen, and appreciates the metaphorical shorthand she's been able to adopt working with a director of the same gender as herself. The story can only benefit from this kind of arrangement, and the same goes for young girls looking for role models.

While movies with women in the lead roles are hugely important, because of the visibility, we can't underestimate how powerful it is to see the names of powerful ladies behind-the-scenes go scrolling by in the credits, as well.

All in all, it's great to see Gadot thinking so big-picture about this film and its potential ripple effects on the industry. Her endorsement of Patty Jenkins the kind of inclusive, supportive feminism that we need more of in not just the entertainment industry, but the whole wide world.

More like this
'The Great British Sewing Bee' Semi-Final Is Extra Special For This Reason
By El Hunt
How To Fight For Reproductive Rights, Based On How Much Time You Have
By Courtney Young
Sadly, You Can’t Stream 'Elvis' — Yet
By Morgan Leigh Davies
Photos Of The 'Elvis' Cast vs. Their IRL Counterparts Will Have You All Shook Up
By Grace Wehniainen
Get Even More From Bustle — Sign Up For The Newsletter