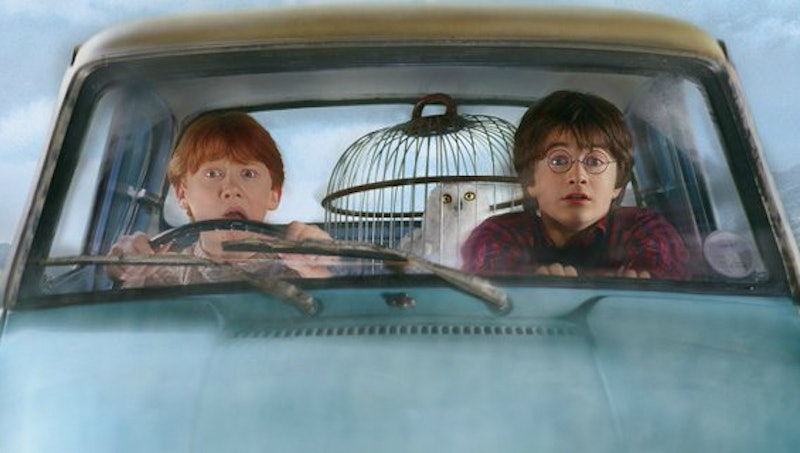 The amazing fantasy world author J.K. Rowling created for the Harry Potter series has proven to be enduring, with fandom seemingly never tapering off. Readers around the world remain captivated by the truly magical universe in which her stories are set — and understandably so. The appeal is multi-faceted, but one important factor is how creatively and meticulously she planned the books, down to details like the modes of travel witches and wizards utilize.

When it comes to transportation, the wizarding world has a lot to offer. Forget Muggle staples like subways, bicycles, and planes; witches and wizards can use their magic or their world’s unique creatures to get where they need to go. These options don’t all seem safe, per se, but they’re certainly all interesting. Every journey can be an adventure, as we saw in the books.

There’s plenty of variety in travel selection thanks to Rowling’s inventive mind. Some options require skill that makes them difficult, while others necessitate a strong stomach. Others still are even illegal. For witches and wizards, not all travel choices are created equal.

Below are the best methods of transportation included in the Harry Potter series, ranked from best to worst, mostly based on convenience, practicality, and comfort, but with enjoyment factored in.

As long as a witch or wizard can pull off Apparating and Disapparating, this is the fastest, most convenient method of travel. The danger of splicing, though, is no joke.

Traveling by portkey requires less skill than Apparition. Witches and wizards can bewitch an inanimate object to get them and any companions where they need to be at a set time. It may not be as fun as some of the other options, but it serves its purpose.

Broomsticks are best for short distances and clear weather, and they offer gorgeous views. Of course, they’re not ideal for those afraid of heights.

Floo powder works great for getting around the magical network, as long as the traveler doesn’t mind a lot of spinning. There is also the risk of being dumped out in the wrong fireplace, so it’s important to speak clearly.

Trains like the Hogwarts Express can transport large groups of people easily and comfortably. However, bad things do sometimes take place onboard, like the occasional Dementor search or an unpleasant run-in with a fellow passenger. But hey, there’s a snack cart with Chocolate Frogs, Bertie Bott’s Every Flavor Beans, and other goodies.

Sirius Black’s motorcycle, which he gave to Hagrid, and Arthur Weasley’s car might not have been exactly legal, but they had some excellent features. Vehicles can be customized through different spells, offering increased trunk space and invisibility, for example. Plus, they don’t have to deal with traffic jams.

Beauxbatons Academy sent its students and staff to Hogwarts in a flying carriage pulled by a dozen winged horses. It was also big enough to house all of them while they visited, so they didn’t even have to worry about accommodations.

The Durmstrang Institute’s ship traveled from one body of water to another below the surface, magically not needing to cross land. Steering apparently isn’t that difficult, because Headmaster Karkaroff made his students do it while he stuck to his cabin.

The Knight Bus isn’t ideal for those who get carsick, but it is a good option for those who urgently need a ride. A stranded witch or wizard just needs to stick out their wand arm, and it will come.

The enchanted objects were made illegal because it was too easy for them to end up in the possession of Muggles, but they are fondly remembered as a great mode of transportation for the whole family.

When treated with the proper respect, hippogriffs are safe for riders, but their sharp beaks and massive talons are to be taken seriously. They don’t sound all that comfortable to ride, but if the choice is a nerve-wracking ride or a return to Azkaban (as it was for Sirius), hop on.

These magical cabinets aren’t easy to come by, so their convenience is limited. Those with access to a pair, though, can journey from one to the other.

While thestrals are relatively gentle and can get witches and wizards from one place to another quickly, the fact that many people can’t see them — and don't want to pay the price to be able to — complicates matters.

This magical device isn’t about getting from point A to point B; instead it will transport users to another time. Doing so carries a lot of risks, so their use is understandably closely regulated.