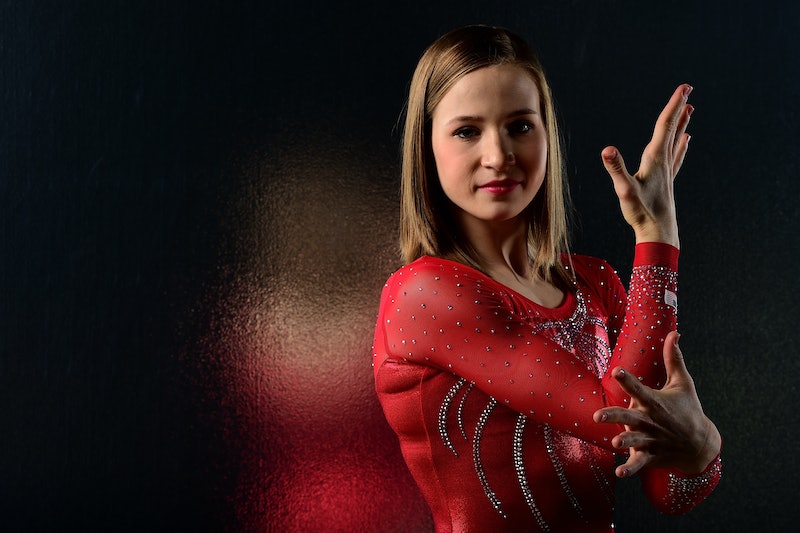 Not only do athletes have to wear specific uniforms for the Olympic Ceremonies, but they're also limited to what they're allowed to wear during the Games themselves. There are a bunch of fashion and beauty things you get deductions for at the Olympics, some of which, IMO seem a little too strict.

If you had to wear a strict uniform for school, you’ll likely know the trials and tribulations of trying to look like an individual, while being forced to look the same as everybody else. It’s a similar situation for the Olympics. Of course, each participant wants to stand out from the rest and show off their individuality, along with visually representing their country via their costume. But, when strict dress codes are put in place, it can be tricky to do so.

Comparing your discipline’s dress code to another’s must be infuriating too. If I was an Olympian, I’d likely be disqualified for acting like a spoilt brat and standing my ground against not being allowed to wear specific garments or hair and makeup styles, while another discipline’s participants were allowed to. As I’m definitely not going to be an Olympian in my lifetime, I can only liken this situation to going on a school trip in a stifling uniform and seeing a different school enjoying themselves with no dress code.

Unfortunately, rules are rules and they’re probably there for a good reason. So here are some fashion and beauty deductions and rules that apply to Olympians.

1. Gymnasts Get Deductions For "Inappropriate" Attire

According to USA Gymnastic's 2015 – 2016 Women's Program, a female gymnast must, "Present herself in the proper attire." In addition to this, "A deduction for “inappropriate” attire will be applied for any infraction." There are rather a lot of rules under the umbrella of "proper attire," some of which include: No backless leotards, no "spaghetti" straps, no exposed underwear, and no jewelry except one pair of studs.

When it comes to gymnast's hairstyles, POPSUGAR reported, "...there are no set rules regarding hair. However, it is highly encouraged to wear hair off the neck." According to Popsugar, fancy manis should be avoided, "...there's a reason you don't see neon nail polish on these tumblers. If a judge finds their dress distracting, then points can be taken away from their artistry score." It appears gymnasts have to watch their step in terms of fashion and beauty, as well as on the balance beam!

2. Volleyball Players Are Forbidden To Wear Bracelets, But Glasses Are OK

In recent years, there's been a bit of a buzz about Olympic women's volleyball player's bikinis. However, their clothing isn't the only thing they need to worry about, as there are a number of items they are "forbidden" from wearing. According to the Federation Internationale De Volleyball's Official Beach Volleyball Rules , "It is forbidden to wear any object that may cause an injury to a player, such as pins, bracelets, casts, etc." However, "Players may wear glasses at their own risk." IMO, this is a fair rule, because bracelets and other adornments could actually snag on players and cause unnecessary accidents. Plus, if the sun's shining brightly, glasses may help the players to see more easily.

3. Wrestlers Whose Uniforms Don't Comply To The Rules Aren't Allowed To Participate

The rules regarding the female wrestler's singlets are super tight, including specific details and measurements they need to adhere to. In addition to certain color combinations and markings – including the use of specific Pantone shades – the writing on the singlets must be in a certain font. It's not just the singlets that have very precise requirements, the shoes do too. According to the United World Wrestling's Uniform Guidelines World Olympic Qualifiers & Rio 2016 Olympic Games , "A uniform check will also be administered by UWW during the weigh-in. If the wrestler’s appearance does not comply with the regulations, they will not be permitted to participate to the competition."

In addition to this, according to BuzzFeed in 2012, "Female wrestlers may not wear underwire bras." This is likely not an ideal situation if you're an Olympic wrestler who likes the support and structure that underwired bras provide.

4. Synchronized Swimmers Must Not Wear Theatrical Makeup Or Jewelry

I'm not entirely sure why the following is a rule put into place by FINA, but synchronized swimmers need to know that, "Theatrical make-up shall not be worn." However, they do allow, "Straight makeup that provides a natural, clean and healthy glow..."

According to POPSUGAR, "...they could also get deductions if their headpieces go afloat." Not only must they worry about their headpieces, but their hair too, "According to the Federation Internationale de Natation (FINA), "messy stray pieces" are also prohibited. That's why these water ballerinas use gelatin to keep flyaways at bay and freeze their style in place." On top of all of this, Popsugar reported, "And when their waterproof mascara doesn't stand the test, that's a problem, because running makeup is a blatant faux pas." I think they all deserve a medal for looking like pristine mermaids with perfect hair and makeup and abiding by these strict rules, all while performing the most amazing underwater routines!

5. Figure Skaters Get A 1-Point Deduction For "Inappropriate" Costumes

Brad Griffies, ice-skating costume designer, spoke with Cosmopolitan about a whole host of figure skating costume facts. According to Cosmopolitan, "Costumes that break the rules can cost skaters points. There is a 1-point deduction (the same as a fall) for skaters whose costumes are deemed inappropriate. However, the rules for what is and is not appropriate are pretty vague and open to interpretation." In addition to this, "Accessories are not allowed, but the rule is rarely enforced." Apparently, "Most skaters ignore this rule, with many wearing earrings, hair accessories, or necklaces as part of their costumes."

POPSUGAR reported, "Ribbons, clips, and scrunchies that fall out could cause a 0.3 point deduction, according to the US Trampoline and Tumbling Association." Considering that rogue hair accessories could bounce back with a vengeance and wreak havoc on an unsuspecting trampolinist, it makes sense that these kinds of accessories receive a point deduction.

7. Archer's Shorts Must Not Be Shorter Than Fingertip Length

According to The USA Archery Dress Code Policy, "Shorts, skorts, and skirts must not be shorter than fingertip length while standing normally." This seems a rather old school way to measure hemlines and makes me think of old fashioned school uniform policies, when skirt length was measured by your least favorite teacher's beady eye.

So although some athletes push back rebelliously against their sport's strict dress codes – here's looking at you figure skaters – it appears that even the pros have to wear things they probably don't want to sometimes!