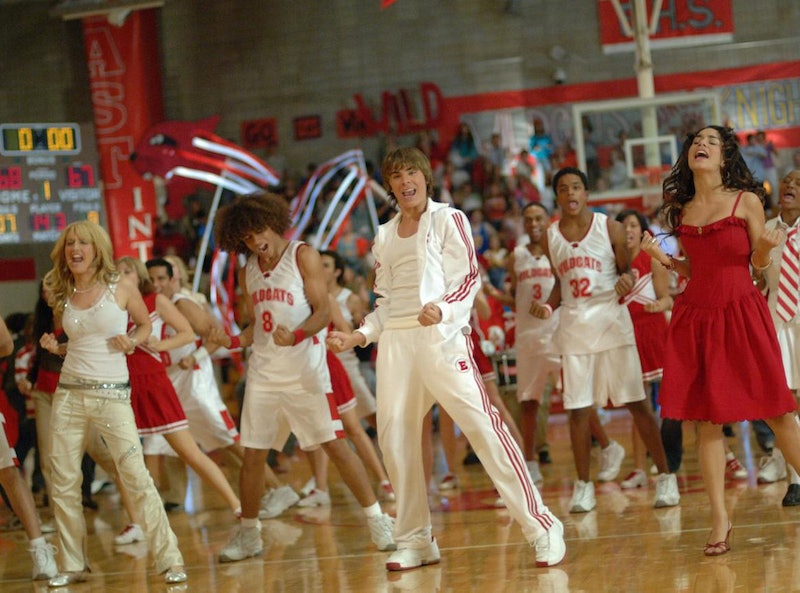 It's safe to say that Disney Channel basically controlled my childhood. I planned my schedule around shows like Lizzie McGuire and Hannah Montana, and pretended I was in them. I grew up watching and re-watching the same shows until I memorized all the lines. But what I didn't realize was that these shows were sending some interesting messages about what was supposed to be normal. They set great examples about being yourself and accepting everyone, but they also taught you about the "status quo" and unhealthy relationship norms. In fact, the Disney Channel might have ruined your childhood, and you probably didn't notice until you, like me, looked back and thought about it.

When you watched these shows, you probably took serious notes on dating and style. But maybe you shouldn't have. Looking back, they set unrealistic standards for what you were supposed to look like and how you were supposed to act. Disney taught me that I was supposed to like bad boys, and that I should strive to be famous. Disney stars like Miley Cyrus and Selena Gomez are still in the headlines today, so they clearly ruled the screen — and as a result, my life — back in the day. Now, here's how they kind of totally ruined it.

1. You Thought Blondes Were Evil

Shane Gray was incredibly arrogant and rude to Mitchie Torres at the beginning of Camp Rock, but she still fell for his bad boy charms. Bad boys don't get nice when they meet nice girls, but some of these movies wanted you to think they did. In The Lizzie McGuire movie, Lizzie ignores sweet Gordo for Italian pop star Paolo Valisari and his Vespa and luscious hair. So when he asks her to sneak away from her junior high class, she happily obliges. Luckily, these two didn't end up together.

3. You Thought You Had To Lie About Who You Were

I know that Kylie Jenner is making wigs a thing, but you won't see me hiding my 'do anytime soon. Miley Stewart had to hide who she really was behind fake blonde, famous hair. In the movie Motocrossed, Alana Austin needed to pretend to be her brother in order to win a dirt bike competition. How about achieving success while being yourself all the way through?

4. You Hated Your Siblings

In every episode of Even Stevens, Louis would do something heinous, and his older sister Ren would tattle-tale on him. To get back at her, he would pull a prank that usually involved covering her in food. Miley and Jackson Stewart used to fight in Hannah Montana, and let's not forget Lizzie McGuire's annoying little brother Matt (who has really grown up in the years since). Disney Channel made sibling rivalry cool. It also taught you the best line of sibling defense: being a snitch.

5. Your Biggest Weakness Was Not Having A Twin

I could've cheated on tests, tricked my mom, and had the best body decoy if I only had a twin. Disney Channel made having a twin into an evil secret weapon. In The Suite Life of Zack and Cody, the twins really had the sweet life. Cody was the adults' favorite since he was good in school, and Zack got all the ladies since he was a bad boy — see above. They played off each others' weaknesses.

Crime fighting tough gal Kim Possible may have been a cartoon, but her body wasn't realistic. Crop top cartoon Lizzie McGuire also had the slimmest midriff, much like her live action actress Hilary Duff. The entire movie Pixel Perfect is about a pop star who's generated by a computer with a perfect body. Cannot relate.

7. You Thought You Needed Girl Competition

Every Disney Channel girl had an antagonist, but, at some magical point in the plot, they'd become best friends. They would either compete for men, popularity, or talent. In Cadet Kelly, Jennifer felt threatened by Kelly because Kelly talked to her boyfriend. In Wendy Wu: Homecoming Warrior, Wendy and Jessica Dawson competed to be Homecoming Queen.

8. You Thought Women Were The Epitome Of Domesticity

In Smart House, Ben is raised by a single dad. They win a house controlled by a computer named Pat who automatically does all of the chores and is a motherly figure. Pat appears to the family as a woman in an apron, as if Ben and his father were completely incapable of domestic tasks since they're men. In Hannah Montana, Miley has trouble talking to her single dad Robby about boys, since that's a woman's task. Robby stereotypically has an unhealthy diet and a bad fashion sense, since women are meant to keep those aspects of the house in check.

9. You Needed To Be A Pop Diva

10. You Always Laughed At The Dumb Character

That's So Raven character Chelsea Daniels was always around Raven Baxter to make everyone laugh. On Suite Life of Zack and Cody, Maddie Fitzpatrick tutored rich girl London Tipton in exchange for help with flirting. And there were three Jonas brothers in Camp Rock and Kevin Jonas' character was the comedic relief; his most iconic line was asking his brother if he could "make him a bird house or something."

11. You Couldn't Join The Variety Shows

So Random, the spiritual successor of Sonny With A Chance after the departure of Demi Lovato, had the nerve to be like All That without the allure of All That: the hope that you might one day get to join the cast. Hmph.

12. You Still Watch The Disney Channel

Because they kept producing great shows past the year that you became Too Old To Be Watching The Disney Channel. It's like they have no respect for your reputation. Honestly, Disney.

Next time your niece is watching Disney Channel, be on the look out for all the not so positive messages being thrown in. And just go ahead and watch with her. You're never too old to watch the Disney Channel and make sure only the good messages are coming through.