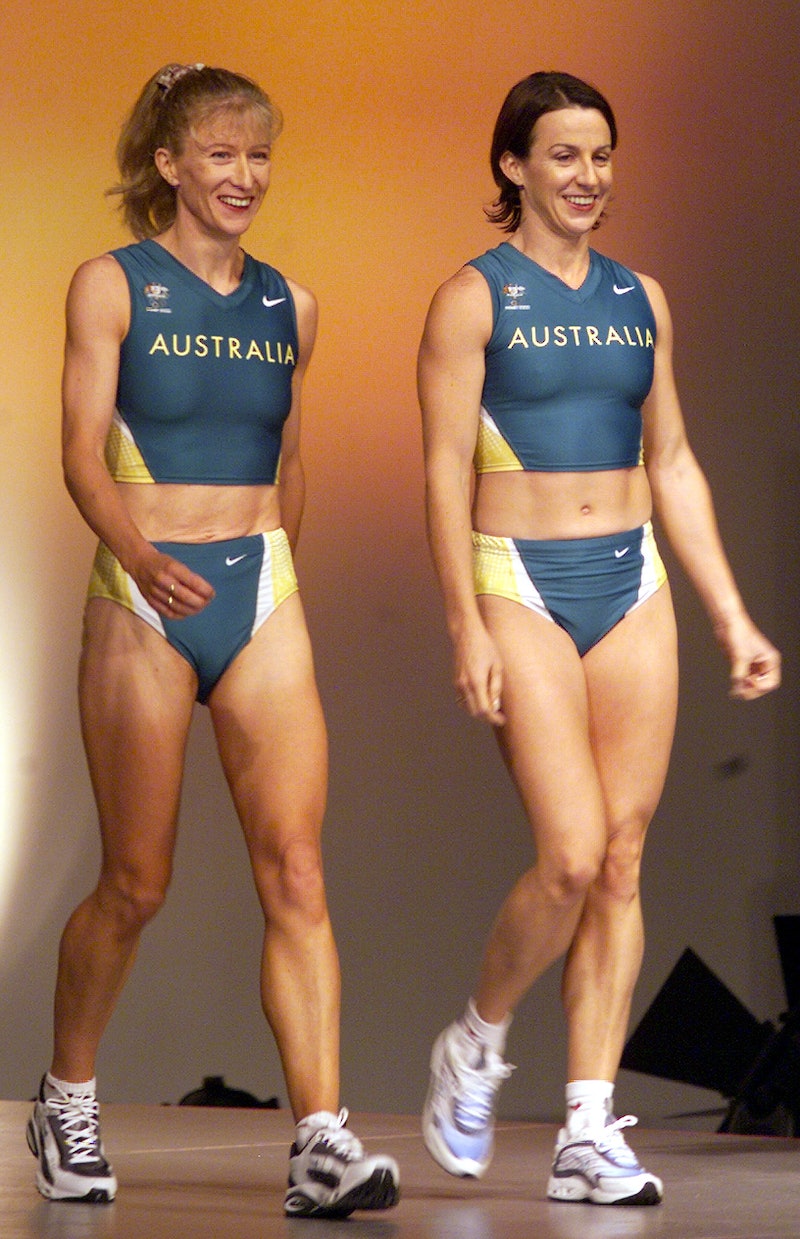 Looking at some of the Olympic costumes from recent years, one might think they were designed by people from an opposing team. However, Olympic uniforms haven't always been questionable. In fact, checking out the best Olympic uniforms throughout history will hopefully remind you that designers sometimes get athleisure style on point.

For this year's Games, there are some seriously standout costumes. My personal favorite is the Swedish Olympic team's uniform created by H&M. IMO, it's the perfect mix between fashion and function. Plus, Sweden's colors of blue and yellow have been used superbly throughout the collection. To top it all off, H&M used sustainable materials in the design process. Speaking with Racked, Pernilla Wohlfahrt, design and creative director at H&M, said, "We are truly honored to also do the competition outfits for some selected sports. The result is a technical, high-fashion Olympic collection with a lot of the garments made in sustainable materials such as recycled polyester," proving that fashion-forward, functional, and environmentally ethical pieces can be a reality, not just a dream. Personally, I would totally wear the sporty crop tops for my workouts.

The great news for anyone like me who admires the Swedish team's uniform is that H&M has launched the Olympics-inspired For Every Victory collection and it's super epic. It's made even more awesome with the involvement of Caitlyn Jenner, the face of H&M Sport.

So without further ado, here are the best Olympic uniforms throughout history. Let them inspire your sportswear collection this summer.

Japan really stood out from the crowd in its striking red and white uniforms at the opening ceremony of the 1964 Tokyo Olympic Games.

Does anyone else think that the French athletes looked like the students from Beauxbatons Academy Of Magic in the Harry Potter And The Goblet Of Fire movie? Maybe that's where the movie's costume designers got their inspo from.

The gals of the Canadian team looked like total snow bunnies at the Opening Ceremony of the Winter Olympics in 1992.

I have no idea what it is the Moroccan team was wearing, but they all looked like humble superheroes — which is always a good look.

The Russian team looked suave AF as it paraded at the opening ceremony of the Winter Olympics in 1992.

Black never goes out of style, as shown here by the Greek team at the Winter Olympics circa 1998.

Australia's athletes showed off their contemporary and cool parade outfits for the 2000 Sydney Olympics.

An enchanting design swept down one side of the New Zealand delegation's mostly monochrome opening ceremony uniform at the Athens 2004 Summer Olympic Games.

Sweden proved that there's nothing more classic than a little white dress at the Opening Ceremony of the 2004 Olympic Games.

A pop of green highlighted the Australian delegation's uniforms at the 2004 Olympics.

At the London 2012 Olympic Games, Britain's athletes kind of looked like Abba, in a really good way.

These athletes looked super sweet in their candy-colored jackets and white apparel at the London 2012 Olympic Games.

During the London 2012 Olympic Games, athletes from Poland appeared in Mother Of The Bride-style fashion, wearing formal suits with a floral splash of color.

Lesotho really worked that ombré at the London 2012 Olympics.

India's athletes looked divine in some canary yellow, traditional-style dresses at the opening ceremony of the London 2012 Olympic Games.

So there you have it: Olympics uniforms haven't always been verging on cringe-worthy. In fact, some of them are a definite sight for sore eyes. Too bad you don't get extra points for style, huh?

More like this
The Nike & Jacquemus Collab May Have Been Inspired By Princess Diana
By Frances Stewart
23 Times Meghan Markle Dressed Just Like Princess Diana
By Bustle UK
The 10 Best Longline Sports Bras, According To Reviewers
By Danielle Calma
10 Show-Stopping Manicures From The 2022 BET Awards
By Paris Giles
Get Even More From Bustle — Sign Up For The Newsletter